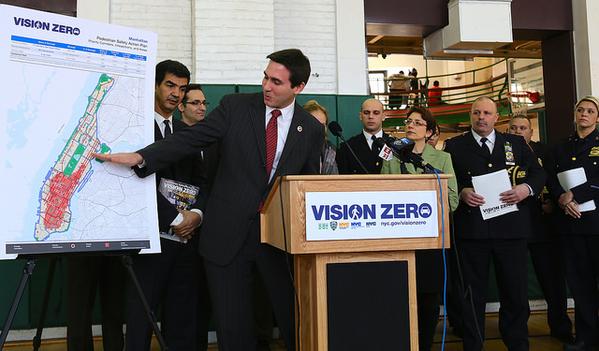 NEW YORK - There is a voter turnout crisis in this country, this state, and this city. Causes abound, including mistrust of politicians and barriers to easy voting. As elected officials, advocates, and experts look for solutions, some argue an inefficient system handling absentee ballots has caused thousands of New Yorkers to miss the opportunity to cast their votes.

"We received numerous calls from frustrated voters who had not received their absentee ballot and had no way of finding out where in the process their application was," said Lauren George, associate director of Common Cause New York, an advocacy organization that promotes civic engagement.

Voter participation has been steadily declining for decades, and continues to find shocking new lows. Last November, New York was the fifth worse state in the country for voter participation, with a staggering 29.5 percent turnout. In New York City, the turnout was just above 21 percent.

"In this age of devastatingly low voter confidence in our elections," said George, "making voting easy and convenient for citizens is of critical importance."

Now, two bills introduced by members of the New York City Council aim to do just that.

Tuesday morning, the Committee on Governmental Operations, chaired by Council Member Ben Kallos, a Democrat from Manhattan, discussed two new pieces of legislation that could help re-engage thousands of voters in the election process.

"We want every eligible voter to register and cast a ballot," Kallos told Gotham Gazette. "Absentee ballots are essential to maximizing turnout."

Right now, it's impossible for voters to complete the first two steps at the same time.

One of the Council's proposed bills, however, would allow New York City residents to register to vote and apply for an absentee ballot together, eliminating the usual time that slows the voting process.

The second bill, meanwhile, would require the Board of Elections to provide a website through which voters can track their absentee ballots in every step of the process.

Amy Loprest, executive director of the New York City Campaign Finance Board, said in her testimony that technology already exists allowing the U.S. Postal Service to track the absentee ballots of members of the military and citizens living overseas.

A handful of states including Florida, Iowa, Massachusetts, Michigan, and Virginia already have set up a similar technology to track the absentee ballots of domestic voters as well.

"We can all track our packages online, and we should be able to track our votes in the same way," said Loprest, who spoke emphatically in favor of the bill.

"This legislation provides an opportunity for New York City to be a local leader in the use of technology to boost confidence in our elections," she added.

It is still not clear how much the City will have to spend to implement the tracking system.

Seth Flaxman, the founder and executive director of Democracy Works, a nonprofit organization that could be contracted to get the new Board of Election website up and running, said a ballot tracking feature would be easy and quite inexpensive to put in place.

"We wanted to ensure that good election technology would always be affordable for the government," said Flaxman. "It will cost what will be affordable to New York City."

Beside the costs involved in improving the absentee voting system, voters' participation seems to be a concern that goes deeper than partisan distinction.

"The idea that we have a voter turnout crisis transcends parties," said Paul Westrick, legislative aide to Kallos. "This is something that helps people across the city, across the party lines."

The bills may be tweaked and then, possibly, voted on at a governmental operations committee meeting in the near future. Each has just a few sponsors, but that does not necessarily fully measure support. If passed by the committee, they would head to the full Council.