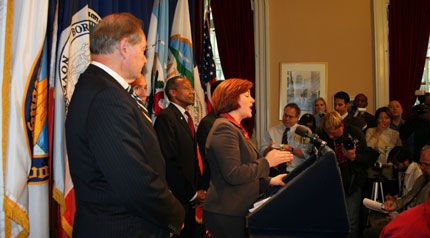 Opponents, though, said acting against the will of the voters from the council floor is a run around democracy. Pointing to the chamber's ceiling where quotes from Abraham Lincoln’s Gettysburg Address are etched in an elaborate fresco, Councilmember Vincent Ignizio said, "Bring the people in, open up the doors to government and truly be the reformers that is this body. ... If you make that compelling case to your constituents they will reward you. Do not reward yourselves."