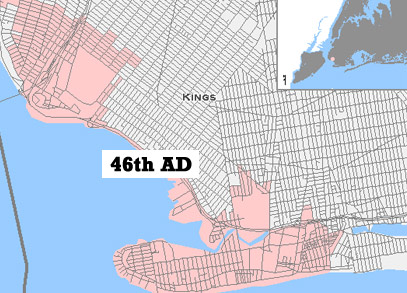 Brook-Krasny first ran for state Assembly in 2000, setting a record for write-in votes. A native of Moscow, he then ran unsuccessfully for City Council in 2005, and won his Assembly seat in 2006. He is the former executive director of the Council of Jewish Ă‰migrĂ© Community Organizations.

According to the 32-Day Pre General filing, Brook-Krasny received $17,350 in contributions during that reporting period and ended September with $72,731. Capano collected $24,690 the most recent report period and, a month prior to the election, had $26,295 on hand.