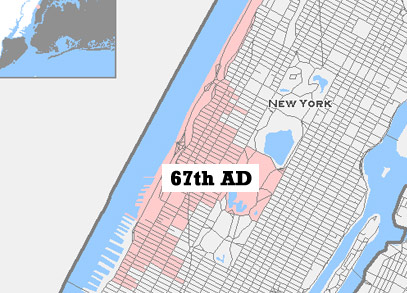 Rosenthal's Republican challenger is Eleanor Friedman. In 2006, Friedman ran against Nadler for U.S. House of Representatives. Little other information is available about her.

In the period leading up to the 32 Day Pre-General campaign finance filing, Rosenthal collected $21,875, leaving her with a balance of $62,462. Friedman has not filed a report on her campaign funds.