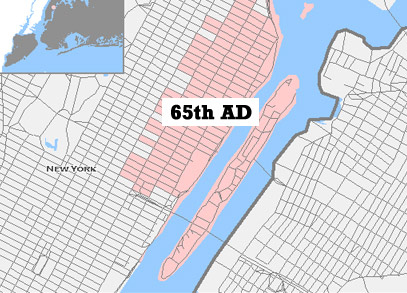 Assemblymember Micah Kellner was elected to the New York Assembly just over a year ago in a special election in June 2007. Kellner beat his Republican challenger with 64 percent of the vote. He is the first out bisexual member of the State Assemblymember.

Kellner's Republican challenger in this election is Georgiana Viest, an active member of the Republican Party who has been the manager of the Metropolitan Republican Club.

In his 32 Day Pre-General financial disclosure, Kellner reported having about $34,000 dollars in campaign funds. Viest has not filed any financial reports.