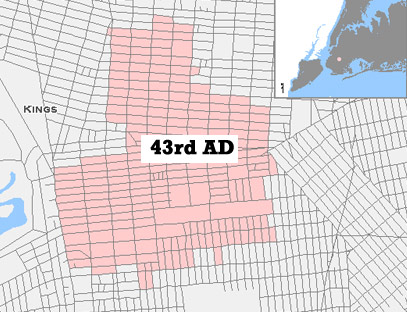 Democratic Assemblymember Karim Camara faces Republican Challenger Stuart Balberg in this Crown Heights district. Camara will be defending his seat for the first time since he was elected in a special election in 2005 to replace former Assemblymember and Democratic Party leader Clarence Norman, who had to resigned after being convicted on corruption charges.

Camara, a reverend, is former director of institutional advancement for the Cush Campus Schools, an elementary and middle school in Crown Heights. He has supported legislative term limits for Albany. In April 2007, Camara was arrested for drunken driving.

Balberg serves on Community Board 9.

As of July, Camara had had raised $23,310 for his re-election bid and had a balance of $11,192. Balberg did not report any contributions.