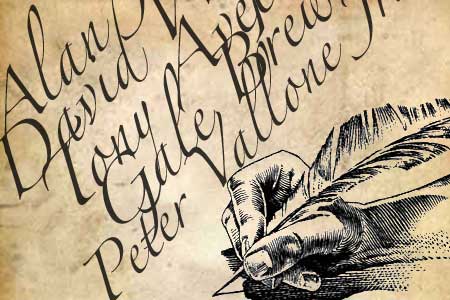 If we can learn one thing from the last session of the City Council, it's that introducing bills won't ensure you're re-elected.

Former Councilmember Alan Gerson, who lost his third term re-election bid to Margaret Chin last fall, was the first primary sponsor of more bills than any other council member in the last session. He introduced 84 pieces of legislation -- more than triple the average council member, according to council records. Only seven of his bills became law.

Gerson, whose legislative records are still packed in boxes and who is planning his first vacation in eight years, said his legislative history was "overstated" -- 10 of those proposals would have regulated street vendors, which he likened to a package rather than individual bills. Nonetheless, he does take some pride in his s-called achievement.

But not every member took that approach. Council members Darlene Mealy of Brooklyn and Larry Seabrook of the Bronx were the first primary sponsors on just three bills in the last four years -- less than any other council member who served a full term between 2006 and 2009. Neither returned calls for comment.

There may be a lot that goes into being a member of the City Council, but one of its primary responsibilities is to propose, hear and enact legislation. According to an analysis by Gotham Gazette, some council members take that job far more seriously than others.

As defined by the City Council, a first primary sponsor is the member whose name is listed first on a bill when it is initially introduced. That legislator usually lobbies other members to sign on to the bill and often spearheads it through the legislative process. Council members do co-sponsor legislation with other officials and can introduce legislation together as a team. For those bills, our analysis counted only the first primary sponsor.

In the last session, which spans from January 2006 to January 2010, 1110 bills were introduced, according to the council. They range from the sensible to the outlandish -- from regulating the licensing of pedicabs to prohibiting peeping toms.

At times, members can be given credit for legislation that is pro forma, which has been assigned by the speaker's office to the committee they chair. For instance, former Councilmember David Weprin, who headed up the Finance Committee, was the primary sponsor of 70 bills in the last term. Many of them were standard finance-related actions, like the approval of business improvement districts, and some were submitted to the council at request of the mayor.

We have also not taken into account whether members accomplished their legislative goals through other means, such as through regulation or executive order. For instance, Gerson introduced legislation to change the way the Department of Transportation installed metal plates on streets -- an attempt to silence some of the cacophony created when a truck or car passes over them. His legislation was not approved, but Gerson said the changes were implemented through departmental policy.

And, officials said, the number of bills someone sponsors says nothing about the merit of those proposals.

"I do not believe the effectiveness of a legislator is measured by the quantity of the bills they have introduced, but rather by the quality of those bills and their impact on those they are meant to protect," said Councilmember Al Vann, who fell within the bottom of our analysis. He introduced six bills, including a proposal to designate high poverty areas as community development zones, a bill to require city-subsidized developers to prepare community impact reports and a proposal to give senior citizens protection from water bill liens. "I would be willing to put those bills up against any other three by another member as far as their importance to New Yorkers," he said.

Nonetheless, other officials argue there is a difference between some members authoring legislation in scores and others in single digits.

"Let me be kind and say perhaps they are focusing their efforts elsewhere," said Councilmember Peter Vallone Jr., who introduced 55 bills in the last session.

Quinn by far has the best batting average for passing legislation. Of the 36 bills she sponsored, 78 percent became law -- the highest percentage of any council member. As speaker, Quinn sets the council's legislative agenda, and whatever she wants to move -- whether to a hearing or to the chamber floor -- will move.

On the other hand, some members, like Councilmember Charles Barron, claim the speaker's agenda setting can amount to political arm-twisting. If you don't make nice, your bill is like lead -- it sinks.

"When you're not in favor of the speaker your legislation will not be voted out of committee," said Barron.

Barron was the only member to not have any bill approved last session. He introduced 11 of them. On average council members got a quarter of their sponsored legislation approved.

Maria Alvarado, the speaker's spokesperson, said: "Every bill that is introduced goes through the same legislative process where it is fully reviewed and debated. Legislation moves forward by building a consensus and is passed based on its quality and merits. A bill's sponsoring member is not a factor."

At the beginning of her tenure as speaker, Quinn enacted several reforms aimed at giving individual council members more of a say over what happens to legislation. The move was seen as a break from the past, and was lauded by good government groups.

Each of those rules has been triggered once in the last four years. An amendment was offered on the floor when the council considered term limits. It was defeated.

Councilmember Robert Jackson last December filed a "motion to discharge" to bring his proposal to require arbitration during commercial rent disputes to the floor. He later retracted the motion after fellow sponsors backed away from the bill.

Despite that defeat, Jackson said the legislative process is better under Quinn. "It's been much, much easier to move stuff if there is a disagreementâ€¦ under Christine Quinn in comparison to four years earlier," he said.

Several measures that had the support of a majority of council members, such as a bill requiring paid sick leave, never came to the floor.

Last month, Citizens Union, the sister organization to Gotham Gazette's publisher, issued a report looking back at Quinn's proposals. While Citizens Union commended many of the council's reforms, it did suggest the council give individual members more freedom and independence to act on legislation. It should encourage members to offer amendments, the report states, without fear of political payback.