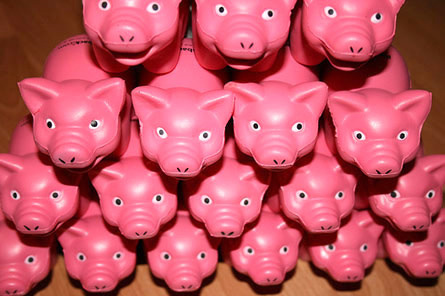 A flood of cash raced into some State Senate districts in the city last year as Democrats took control of the Senate for the first time in decades. Sen. Malcolm Smith brought home $5.7 million worth of member items in 2009, up from just $657,000 only one year before. Other members of the Democratic leadership, like Sen. Jeff Klein, also delivered several millions of dollars in pork to their districts, but most legislators brought home much less, with some senators falling far short of the million dollar mark.

Now a group of legislators is proposing legislation that would make sure every district gets the same amount of member item cash. It also would create new measures to make sure member items are awarded responsibly.

Since the shift in control of the Senate, spending on member items has skewed even more sharply to the legislative leadership’s districts, while the districts of rank and file legislators get less than their fare share. Assembly district are supposed to have roughly the same amount of constituents as are all Senate districts.

So while Smith pulls in more than $5 million in pork, Sen. Bill Perkins and Sen. Shirley Huntley each brought home $1 million in member items -- about $300,000 less than the average allocation of member items -- even though they are in the majority party. Republican senators who represent New York City received even less. Republican Sens. Martin Golden and Andrew Lanza were each able to deliver just $250,000 to their districts, over $1million less than the average.

Check out the 2009-2010 Assembly member item allocations here. The Senate allocations can be found here.

It isn't just the disparity in spending that concerns good government groups and reform minded legislators. Member items have been a repeated source of scandal over the years as legislators have used them to reward groups run by the family members or political allies.

Currently, party leadership is supposed to review where member items are going. Then the attorney general's office also conducts a review.

The names of the groups receiving the grants and the legislators awarding them would have to be made public 24 hours in advance of the budget to allow for public comment. Legislators and recipients would also have to provide documents proving they do not have any conflicts of interest.

The New York City Council uses a similar method to screen organizations. Although it has not been foolproof, advocates say it is a step in the right direction. "If New York City can do it, the state can do it," said Dadey, "and the state is in worse financial shape."

The Power of Pork

Blair Horner of the New York Public Interest Research Group said he hopes that New Yorkers will see the disparity in the distribution of member items and push their legislators to support the legislation. Right now, besides the bill's sponsors, the proposed legislation has decent backing among rank-and-file members in the Assembly and sparse support in the Senate.

"It will take a while to change the culture," said Jose Serrano, the bill's sponsor in the Senate. "There is a group who think that member items are the life blood of politics," he said, referring to the leadership's ability to reward loyalty and bolster flagging candidates by sending them more member items. Sens. Liz Krueger, ,Eric Schneiderman and <ahref="http://www.gothamgazette.com/campaigns/whosrunning.php?t=indiv&id=258">Daniel Squadron are co-sponsors of the legislation.

Serrano said he think the idea that member items translate into backing and votes "is a myth." He said the Democrats' ability to win a majority in the Senate in 2008 shows that member items are not the be-all and end-all. "They [Republicans] had millions to hand out for decades, but we took control. People voted for policy," Serrano said.

Some Democratic members balk at making changes that would limit their new-found wealth and power. "At the very time that we have finally got black and Latino leaders, all of a sudden we're looking to limit. We've never had that before. We had old white guys running the chamber for 250 years," Sen. Kevin Parker said, speaking about rules changes approved last year that mandate among other things that the majority party will get two thirds of all pork an the minority party one third.

"When I was in the minority I railed against how unfair it was for the majority to be getting 85 percent of the member items," said Serrano. "It would be the height of hypocrisy if now that I was in the majority I didn't speak out." But Serrano is doing more than speaking out and pressing for his legislation. He and the bill's sponsor in the Assembly, Sandy Galef have decided not to partake of member items during this year's budget process.

Barbara Bartoletti of the League of Women Voters said that member items do have a purpose. She noted that funding for health clinics in schools began as a member item. An increasing number of legislators allocated member item funding for the clinics over the years until eventually the funding became a standard part of the budget process, and the money was no longer distributed through member items. As the economy has grown worse, a lot of member item spending keeps essential services such as homeless shelters, food pantries, health clinics and teen outreach groups afloat. Bartoletti notes that some legislators really use their funds exclusively for that purpose.

Regardless, Blair Horner of NYPIRG said that the system is in critical need of repair. "If they can't reform the system they should just eliminate it," he said.