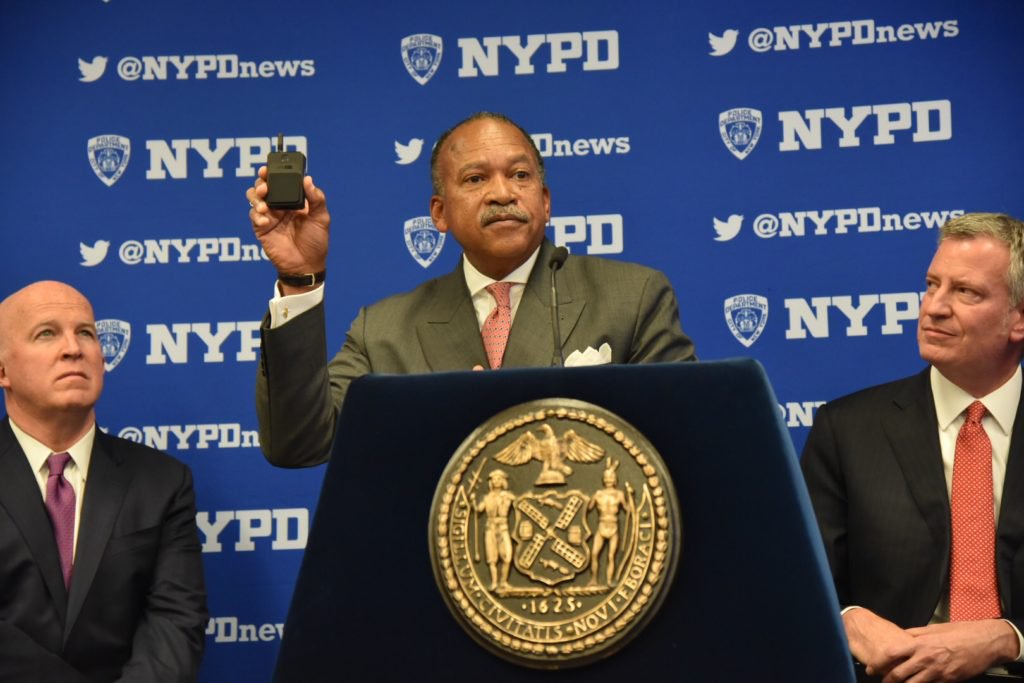 After many months of waiting, the New York City Police Department recently announced its proposed rules for the use of body worn cameras. The NYPD developed the policy in response to a mandate by the federal court in the  Floyd v. City of New York “stop and frisk” case. To their credit, the NYPD, with the help of the Policing Project at NYU Law School, undertook an extensive public comment process to solicit input from experts, interest groups, members of the public, and police officers. Twenty thousand members of the public and 5,000 police officers sent in survey responses.

Unfortunately, many of the suggestions that emerged during that process were not included in the final NYPD policy, leading the lawyers in the Floyd case to pledge that they would move to block approval of the new rules by the court.

The main objections are that officers would have access to footage before making statements about what happened in an incident, the lack of privacy protections for those captured on video, and too much officer discretion as to when the cameras should be turned on. In addition, unions representing police sergeants, detectives, and lieutenants have threatened to fight the new rules in court because they were not consulted about their new roles in overseeing the process. Only patrol officers will wear the cameras.

Perhaps it’s time then to hit the reset button on our approach to this new technology. Body cameras produce a profound tension between our desire to enhance officer accountability and our concerns about the growing surveillance powers of the police.

The killings by police of Michael Brown and Eric Garner ushered in a wave of popular support for body worn cameras as a singular tool for improving police accountability. The hope is that the existence of video evidence will act as a deterrent to police misconduct and allow for easier prosecution of officers who abuse their authority. Expanded use of such cameras was a central recommendation of President Obama’s Task Force on 21st Century Policing and has been embraced by police accountability activists and civil rights organizations across the U.S.

Despite this strong support, there remain significant privacy concerns. In New York City alone there will soon be over 20,000 officers on patrol with cameras. These cameras will likely record millions of mundane interactions with the public as well as capture the activities of people merely going about their daily lives. Some of these people may be engaged in lawful activities that they would prefer their neighbors, employers, or the government were not aware of, such as visiting an Alcoholics Anonymous meeting, attending a political event, or entering an adult book store.

In addition, extensive use of the cameras could contribute to an expansion of police surveillance capacity. By geocoding camera data, new databases could be established that allow police to review all footage from a designated area before or after a crime, potentially subjecting thousands of people to unwarranted intrusions into their lives merely because of where they live or work. Law professor Elizabeth Joh refers to this as an increase in “surveillance discretion” in which police have dramatically more potential reasons for looking into someone’s personal life based on suspicion rather than concrete evidence of wrongdoing.

Such “big data” endeavors turn innocent behavior into suspicious behavior because of correlations on a grand scale that may have absolutely no relevance to a specific individual now brought under investigation. For example, if there is a belief or evidence that drug dealers are more likely to frequent a particular park or corner and I happen to also regularly walk that way while going to work, then I can easily end up under suspicion.

Police would also be in a position to populate gang databases and political dossiers using camera footage in high crime areas or at political demonstrations. This effort could be aided by emerging facial recognition software. There is a long history of police misusing such databases. Gang databases are notoriously easy to end up in and near impossible to get out of. They have been used to target people for gang injunctions resulting in enhanced penalties. There have even been cases where they have been shared with current or prospective employers. There is a long history of local police maintaining political intelligence files with the names and images of individuals engaged in totally lawful political activity. These databases have also been shared with employers and resulted in politically motivated harassment.

Camera footage of people walking down a particular street or lawfully interacting with friends or neighbors could also be used to populate databases of people considered at high risk for committing violence. Several major cities including Chicago and New York use these databases to produce “heat lists,” based on complex algorithms of potential risk factors such as prior arrests or involvement with child welfare systems. Being on such a list can trigger intensive surveillance or enhanced prosecutions.

Raw footage and databases that rely on the footage could also be shared with other law enforcement agencies such as Immigration and Customs Enforcement, the Drug Enforcement Agency, or the FBI. These agencies then might feed this data into their own algorithms triggering yet more surveillance, suspicion, and investigations based entirely on probabilities rather than individualized probable cause or reasonable suspicion.

So what is to be done?

One way to reduce concerns about this enhanced police surveillance would be to take control of the footage away from police and hand it over to an independent civilian agency. From the moment officers download the data it would be under the control of such an agency and could not be reviewed, released, or altered by the police without probable cause.

If police feel there is something relevant to a legitimate investigation they can request a warrant to access it. Since the officer was present at filming, meeting the standard of probable cause should be easy in cases where criminal behavior is alleged. Similarly, police misconduct oversight bodies would need to have a sworn complaint in hand before they could review footage.

Following the guidance of the ACLU and the Constitution Project, there should also be tight restrictions on public access to the video. Footage should only be made available to the public with the consent of those seen in the video (or family members of someone deceased) or if there are no privacy issues at stake, which might be accomplished with extensive redaction. Individuals who are the subject of police action captured by body cameras should have the right to review it.

These tight privacy controls would help reassure the public that their non-criminal interactions with police will not be reviewed by police or the public. This is especially important for people who are victims of or witnesses to a crime or who may want to informally or anonymously provide police with information (these groups are not supposed to be recorded by the NYPD under the new rules).

Such a policy would also help overcome the legitimate concern of police officers that cameras should not be used to monitor them for administrative violations or be used for vendettas by supervisors. By taking control of the footage away from police, the chances of such personally or politically motivated reviews would be greatly diminished.

Placing the footage under the control of an independent agency would also ensure that defense attorneys and prosecutors have equal access to it. Currently, district attorneys are at an advantage as they receive evidence directly from the police and make their own determinations about whether something is relevant to the case and if so, when to give it to defense counsel. According to representatives of the public defender services here in New York, such evidence often only materializes the day before or the day of a trial, forcing many to take plea deals or be unprepared for trial.

We must keep in mind that the primary basis for public support of body cameras is the need for increased police accountability. In the words of Michael Sisitzky of the New York Civil Liberties Union, “Public support for body cameras will not last if the technology becomes just another gadget to help police and prosecutors, instead of a tool for meaningful reform of police practices.”

***
Alex S. Vitale is Associate Professor of Sociology and Coordinator of the Policing and Social Justice Project at Brooklyn College. He is the author of City of Disorder: How the Quality of Life Campaign Transformed New York Politics and the forthcoming The End of Policing.