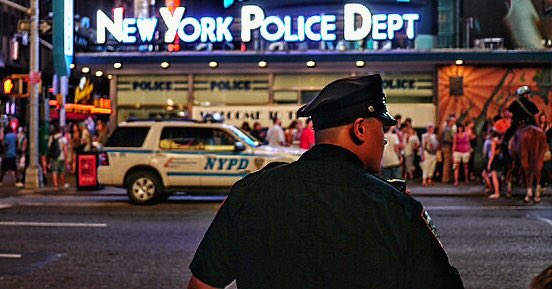 Heartbreak and outrage at another deadly police shooting - this time concerning Deborah Danner, a 66-year-old woman with a psychiatric disability. Police, responding to a call about an "emotionally disturbed person," entered her apartment and when the woman became agitated and combative, an NYPD Sergeant killed her.

It is all achingly familiar. In 1984, Eleanor Bumpurs, who was also a disabled elderly black woman in the Bronx, was killed with twin shotgun blasts in similar circumstances.

In the wake of Bumpurs' death, which generated widespread outrage but no charges or discipline to the officers involved, the NYPD tightened its use of force rules and internal procedures. Since then police are only supposed to use deadly force if there is an immediate threat to someone's life.

In this case, reports indicate Danner was naked and holding a pair of scissors when police confronted her. The officer was able to get her to drop the scissors but she then allegedly threatened the officer with a wooden bat. While a bat can be a serious weapon, capable of causing real injury, this shooting could have been avoided - something both NYPD Commissioner James O’Neill and Mayor Bill de Blasio quickly said on Wednesday, the day after Danner was killed.

Officers knew that they were going to be confronting someone with schizophrenia. They had been there several times before. The sergeant who killed her had his standard issue Taser.

Commissioner O'Neill stated that this was a failed interaction. That admission is a refreshing break from past defensiveness by police leaders.

There has been a great deal of discussion about how to better train police to deal with these kinds of situations, and some new training has occurred. But the problem runs so much deeper. Former cop and now law professor Seth Stoughton has documented the ways in which the bulk of police training teaches them how to be "warriors" rather than "guardians."

They are constantly reminded that any encounter can turn deadly and that they must be ready to use force at any time. That it's "better to be judged by twelve than carried by six." This helps explain recent tragic police killings like those of 12-year-old Tamir Rice, killed in a park, and John Crawford, killed in a Walmart.

But the fact that police had to even be dispatched in the first place is a sign that something went wrong.

Health officials knew about this woman's condition. Neighbors reported that they had recently seen her taken away in a straight jacket. Why was she returned to her apartment without adequate ongoing supervision or care?

The mayor has acknowledged that there is a problem with community mental health care. A recent report by his wife, Chirlane McCray, identified many of the gaping holes in the system and outlined some plans for closing them.

Yet thousands of profoundly disabled people continue to roam the streets and subways or idle away at home with little or no support, leaving police to deal with the crises that inevitably result.

There are alternatives. A coalition of service providers, advocates and family members has spent years calling on the city to create "crisis intervention teams" made up of medical professionals who could respond to calls for help.

They are trained to deal with difficult and combative people without resorting to deadly force. They could also coordinate with a community-based case worker who would be aware of the person's condition and past interactions with authorities, allowing them to develop a plan for safely resolving the call. The Health Department has a few of these teams but they don’t normally respond to 911 calls.

The mayor said that an “ESU,” or emergency service unit, was on the way, and that officers should have waited for its arrival. While that surely would have been better, it is not the same as having a crisis intervention team as first responder to such an incident with a known mentally ill person.

Even if we civilianize much of the responses to these calls, police will still have interactions with this population. We need a change in police training and culture that goes deeper than a few hours of de-escalation preparation. The mayor was wrong when he said that current training is adequate and this was just the mistake of a single officer. Ultimately, police are the wrong people to be responding to a person experiencing a mental health crisis. Until we develop robust community-based mental health services, tragedies will continue to occur.

***
Alex S. Vitale is associate professor of sociology at Brooklyn College and author of City of Disorder: How the Quality of Life Campaign Transformed New York Politics. He is senior policy adviser to the Police Reform Organizing Project and serves on the New York State Advisory Committee to the US Civil Rights Commission. On Twitter @avitale.