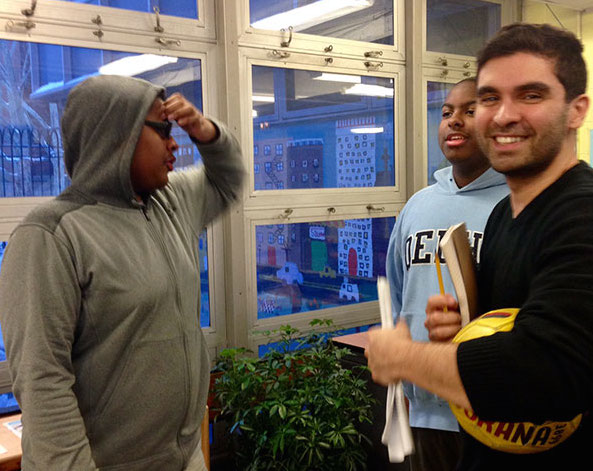 Eight years ago, I had a front-row seat at the birth of a new small school in East Harlem. Global Technology Preparatory was crafted by its founding teachers over Sunday brunches at the home of Jacqueline Pryce-Harvey, who would go on to become the school’s assistant principal.

Featuring, among other things, a one-to-one laptop program for its poor students and an after-school program—the result of a partnership with Citizens Schools, a Boston-based nonprofit—Global Tech, as it is known, came to be heralded as one of a slew of innovative Bloomberg-era schools.

By most measures, Global Tech is a school that works. During the Bloomberg years, Global Tech got mostly “A’s” on its school report cards. Under the school’s most recent “quality snapshot,” which measures schools on seven characteristics, Global Tech received a “good” on five, and an “excellent” on two—trust and leadership. Parents and teachers rave about the school. And next school year, it was to become a “host school” in schools Chancellor Carmen Farina’s signature Learning Partners Program, which is “designed to promote interschool collaborative learning and leverage the rich reservoir of expertise that already resides within our school communities,” according to the education department website.

I’ve written before about Global Tech, a Title 1 school with a special needs population that, historically, has topped 35 percent of the student body—most recently about its first class of students, many of whom were getting ready to head to college. I’ve also written about David Baiz, the award-winning teacher who was handpicked by Global Tech’s founding principal to become her successor.

Now Alexandra Estrella, the District 4 superintendent, has shown Baiz the door in what is expected, by most educators who know both Global Tech and the district, to mark the beginning of the end for the school. Last week, the staff sat stunned and teary-eyed, when Baiz announced at the weekly staff meeting that he would not be returning after spring break.

“One thing I've been really proud of—I feel like we've created something special in East Harlem,” Baiz told his staff. “Not every school is like this, in New York City, in East Harlem, in tough neighborhoods. You should be very proud.”

But, in interviews with half-a-dozen current and former staff members, several used the word “dead” or “dying” to describe what they see happening to the school.

“There was so much magic here; the way people worked together, how hard they worked,” said one staff member who did not want to be identified and caught herself speaking about the school in the past tense. “There is already tremendous upheaval in the lives of our kids who desperately need stability,” she added, noting that she expects more uncertainty in the coming months.

“The real tragedy of this is that David was the right guy at the right time,” notes Nick Siewert, a senior educational consultant with Teaching Matters who has worked with the school for several years. Baiz was committed to the school's social-justice mission, adds Siewert, but he is also “a systems-and-structures guy” who believes it is important for Global Tech and its students to do well by “measurable results.” Among other things, Baiz introduced a system of interim assessments designed to help teacher teams analyze specific student weaknesses and improve their practice.

One of the first schools in the Bloomberg-era iZone—in fact one of the few to survive the early years of that experiment—Global Tech also traces its lineage to the era of collaboration and teacher-leaders that flourished in District 4 under Tony Alvarado and Debbie Meier, beginning in the 1970s, and was, to a limited degree, revived under Bloomberg.

That legacy of grassroots leadership and collaboration, which was intended to foster creativity and innovation, is now widely seen as endangered—not just at Global Tech, but throughout the city. “This is a successful school; and yet, this is the kind of talent the DOE doesn’t want to retain?” said Chrystina Russell, the former principal referring wryly of Baiz’s ouster. “Is there no cause for pause?”

Indeed, Global Tech may turn out to be among the first Bloomberg-era small schools to be dismantled by the de Blasio-Farina administration. Those close to the school see Global Tech as a victim of an expanding bureaucracy where “who you know matters more than what you know.” Farina, the schools chancellor, has said she plans to merge dozens of small schools, arguing that mergers will create economies of scale and allow schools to offer more programs.

However, Global Tech had already punched above its weight thanks to a slew of partnerships. In addition to Citizen Schools afterschool offerings, under Baiz, the program’s apprentice teachers have offered an extra daily guided-reading program during the school day for every child. Partnerships with Cornell Tech and Google have helped Global Tech develop a course in software coding. For the second year, Global Tech is sending students to Bridge to Enter Advanced Math, a residential college-based summer program for seventh-graders. And following the standardized-testing season each spring, the school’s challenge-based learning modules allow students to work on everything from fashion design to a theatrical production.

Yet, Global Tech has known for nearly two years that its days might be numbered. Soon after Baiz become principal, in 2013, he learned that the superintendent was considering merging Global Tech, which has never had more than about 175 students, with P.S. 7, the K-8 school that shares its building. Russell and other friends of Global Tech within the education department urged Baiz to fight for the school; in what proved a short-lived victory, the principal of P.S. 7 moved to a job at DOE headquarters, and Estrella tapped Pryce-Harvey, Global Tech’s assistant principal and Baiz’s friend, to be the interim-acting principal.

Then, last summer, Baiz learned that Estrella had turned down his tenure application; under education department rules, there was a good chance that he would lose his principalship. A few months later she overruled his tenure recommendation for a respected Global Tech teacher—a Math for America master teacher for science who also holds a special-education certification.

Getting rid of Baiz appears to be a first step in consolidating the two schools in the East 120th Street building they share, under a principal hand-picked by Estrella. Pryce-Harvey will retire from P.S. 7 this year; her successor has already been chosen. While Estrella urged Baiz to leave early, assuring him that she had selected a successor for Global Tech, it turns out that she is moving one of her lieutenants, Ellen Johnson Torres, a teacher evaluation and development coach, into the job temporarily—another sign, education sources say, that the school will be merged with P.S. 7.

Estrella’s office referred interview requests to the education department, which did not respond to a phone message.

Despite the turmoil, several teachers at the school, which is also known for low teacher turnover—not a single teacher left last year—are clearly reluctant to leave. “I love these kids and I love East Harlem,” said Sage Hunter, the science teacher whose tenure application was turned down, adding that she wants to see her seventh grade students through to next year’s graduation. Kayla Hamilton, who started out as a Citizen Schools apprentice teacher seven years ago, said, “I’m going to be open-minded. As long as they keep our kids number one, I’m OK. But if I feel I can’t do what’s best for our students...”

Several other teachers, though, are updating their resumes. Thanks to Estrella’s decision to push Baiz out early, they have the entire upcoming so-called open-market period to look for new jobs within the department.

The one thing no one is worrying about is Baiz’s future. Last month, Baiz was accepted into Harvard University’s Doctor of Education Program, perhaps the most prestigious and selective program for educators in the country.

“He’s good enough for Harvard, but not for East Harlem,” one Global Tech teacher said of Baiz.

***
Andrea Gabor is the Bloomberg Professor of Business Journalism at Baruch College/CUNY and is working on a new book on education reform. On Twitter @aagabor.