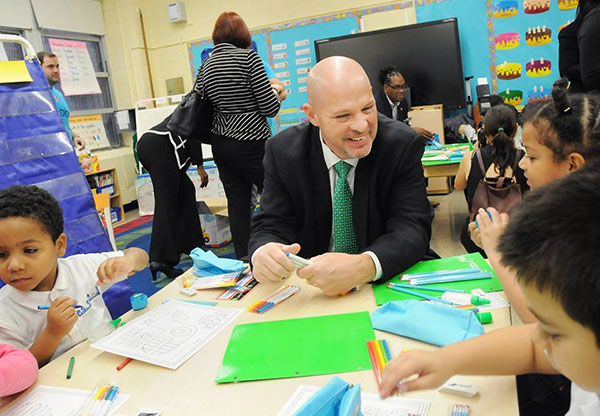 Children who miss 20 or more days of school in New York City have lost so much instruction time that they are classified as chronically absent, which studies have linked to lower test scores and higher dropout rates.

So it is hard to see the educational purpose behind Success Academy's suspending a special-needs 7-year-old for 45 days, even if some form of alternative instruction was provided. This one recent example is part of a much larger pattern, both for Success Academy and the larger charter school sector it is the leader of.

Sadly, Success Academy is far from the outlier in the charter sector in the use of suspensions as a punitive tool.

A 2016 study by the Center for Civil Rights Remedies at the University of California, Los Angeles, found charters nationwide suspended African-American and special-needs students at a disproportionately higher rate than their white or non-disabled classmates. The report was the first national review of charter school discipline.

In New York City, although the charter school student population was less than 7 percent of the system's total enrollment, charter schools accounted for nearly 42 percent of all suspensions, according to a review by The Atlantic of 2014 state suspension data.

Teachers know that there is a place for suspension of children who are dangerous to themselves or others, or who constantly make learning impossible for their classmates. The UFT fought to ensure that the system's new discipline policy included the ability for a principal to suspend even the youngest children, though the potential loss of learning time means that suspension should always be a last resort.

But we also know that it takes time, energy, and public scrutiny to move from punitive, after-the-fact discipline codes to pro-active, restorative practices that can change school climate. At the UFT, we have joined with the city Department of Education to create a package of training and techniques to help staff identify and deal with issues proactively, known as the Positive Learning Collaborative.

At schools enrolled for three years in this joint venture, suspensions are down, as are the kinds of incidents that used to trigger them. And perhaps more important, the satisfaction of children, staff, and parents in the schools is up.

Charters need to do similar work, and do it publicly to regain the trust of the public, particularly parents and students.

***
Michael Mulgrew is president of the United Federation of Teachers. On Twitter @UFT.