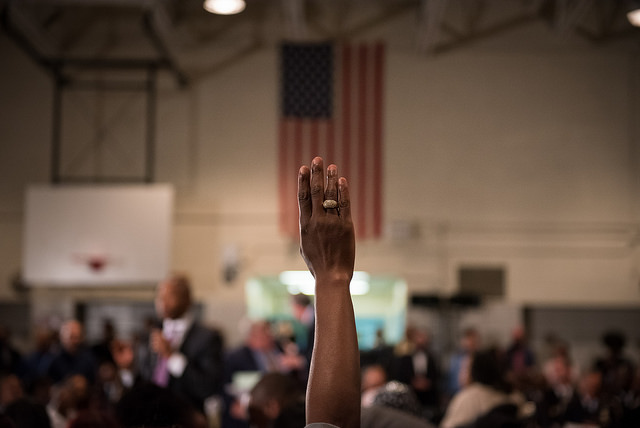 This Election Day, New Yorkers have an opportunity to vote for ethics in government. You won’t see the words “anti-corruption” or “integrity” on the ballot, but make no mistake – these essential elements of trust in government are at the core of Ballot Proposal 2, which will be put before voters on November 7.

Proposal 2 -- which can be found on the back of your ballot with two other questions -- seeks the public’s approval to amend our state constitution to “allow a court to reduce or revoke the public pension of a public officer who is convicted of a felony that has a direct and actual relationship to the performance of the public officer’s existing duties.”

If a majority of New Yorkers vote “yes” on Proposal 2, no longer will pension dollars automatically go to felons sitting in jail who have thoroughly violated their oaths of office. For crimes committed after the enactment of the constitutional amendment, not only would taxpayer money be saved, but also the message would go out that the Empire State no longer tolerates – and bankrolls – corruption.

When I proposed a pension forfeiture constitutional amendment during my first year in the State Assembly, 2013, I was told there was no chance of this idea passing in Albany. Criminal conduct among elected officials was all too common. Many ethics reforms had gone nowhere in our state capitol. The State Assembly was led by Sheldon Silver and the State Senate headed by Dean Skelos, two men who would be forced from office after being embroiled in corruption scandals. But broad backing from the citizens of New York helped this idea overcome many hurdles, leading to the 2016 and early 2017 legislative passage of this proposed constitutional amendment, which placed the measure on this November’s ballot.

A vote in favor of Proposal 2 would send a clear message to state officials that we no longer tolerate corruption, forewarning them of what is to come if they violate the public trust they’ve sworn to uphold. Proposal 2 empowers voters to respond by putting ethics reform directly in our state constitution. (Don’t confuse this vote with the vote on Proposal 1, which asks whether New York State should hold a constitutional convention – a convention would likely deal with many other topics beyond ethics reform.)

If voters overwhelmingly support the pension forfeiture amendment, Proposal 2, New Yorkers will then be on firm footing to pressure the State Assembly and Senate to take up other needed reforms. These should include closing the “LLC loophole” that allows the use of limited liability corporations to funnel massive amounts of cash into election campaigns, and banning companies and individuals bidding on government contracts from making campaign contributions to state elected officials who have authority to approve or reject those bids.

A big win this Election Day for Proposal 2 would demonstrate that the public wants ethics reform. Too many people in Albany believe that ethics reform is something voters don’t care about. Prove them wrong – vote YES on Proposal 2.

***
David Buchwald is a New York State Assemblyman from White Plains. He represents over 130,000 residents of Westchester County. On Twitter @DavidBuchwald.