May 14, 2019 | by Matthew Dominguez & Allie Feldman Taylor
Twitter
IT news 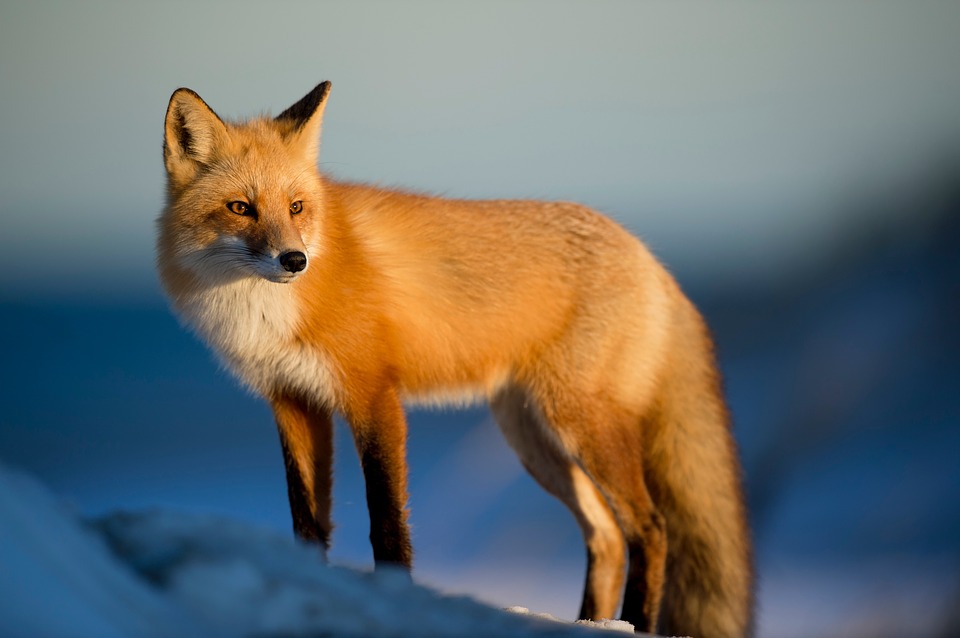 Industries that exploit and abuse animals have a lot of money and a lot to hide. Whether it be the fur industry, which abuses and kills animals for their skins, or the foie gras industry, which rams a foot-long pipe down the throats of innocent ducks for a luxury food item, resorting to Trump-like tactics of lies, fear-mongering, and bullying is a telltale sign that you’re on the wrong side of history.

In New York City, we have two of the most abusive and morally bankrupt industries on earth -- fur and foie gras -- spending hundreds of thousands of dollars to spread misinformation and bully City Council members to get them to oppose two common-sense animal protection bills that seek to end the cruelties in their unregulated industries.

A perfect example is the fur industry’s recent blanketing of Speaker Corey Johnson’s district with ridiculous mailers filled with false information. Speaker Johnson should be applauded, not attacked, for working to protect animals.

Another bill, Intro. 1378, would prohibit the sale of force-fed foie gras in New York City. Foie Gras is a luxury food product sold in about 1.5% of New York City restaurants. It is produced by violently shoving a metal or plastic foot-long pipe down a bird's throat, then pumping him with so much feed that, after three times a day for several weeks, his liver becomes grossly diseased and enlarged to ten times its normal size.

The bill is supported by 81% of New Yorkers, according to a Mason Dixon poll, and over 50 New York-based veterinarians, 100 restaurants, and over 60 not-for-profit organizations have endorsed it. The only opposition to this bill is the industry that profits from the abuse. A new poll just release by Fur Free NYC shows a staggering 75% of New York City voters support a ban on the sale of fur.

On fur, Intro. 1476 would prohibit the sale of fur apparel in New York City. Worldwide, over 100 million animals are abused and killed for their fur every year. Whether raised on fur farms in tiny wire cages or trapped from the wild with cruel leg-hold traps, fur-bearing animals -- including foxes, coyotes, wolves, otters, dogs, cats, and raccoon dogs -- have unimaginable cruelty inflicted upon them.

Designers, retailers, and cities around the world are joining together in banning the sale of fur and shutting down fur farms due to the cruelties involved. In the past 18 months, Chanel, Phillip Lim, Jean Paul Gaultier, Coach, Burberry, Gucci, Michael Kors, and more have all banned fur. Here in the United States, the cities of Los Angeles and San Francisco have recently banned the sale and manufacturing of fur, while cities and countries across Europe and Asia are seeking to do the same.

These industries cannot win a civil debate on the merits, so they resort to using their money to bully and spread misinformation to the general public and the City Council—representing everything that is wrong in politics. They’ve hired expensive lobbyists and marketing firms to spin the truth, sent out thousands of mailers and robocalls with misinformation, and bought ads that are riddled with lies to cause fear among New Yorkers. These tactics are from a Trump-like playbook and have no place in this great city.

On the other hand, non-profit groups that advocate for animal rights refuse to entertain these abusive industries’ morally dubious political theater. As Michelle Obama famously said, “when they go low, we go high.” That is exactly what we will do on behalf of animals.

Our coalition of more than 50 organizations will rely on facts, evidence, and science to support the policies we promote. We welcome transparency, debate, and fairness in the legislative process. We operate in the open and don’t try to influence in the shadows. At Voters for Animal Rights, we’re an all-volunteer organization that works to protect animals on an annual budget that is roughly the same as a lobbyist’s monthly retainer to represent the fur industry.

We fight for animals for one simple reason: it’s the right thing to do. They oppose animal protection laws because it threatens their bank accounts.

We are at a pivotal juncture in our society: we can either take back our democracy from powerful, unethical industries or allow those with money to undermine and destroy what makes New York a beacon of light for good. We humbly call on New Yorkers to denounce “alternative facts,” and tell the abusive fur and foie gras industries “No.”

We will not be bullied. We will not stop fighting for the rights of animals. We will not remain silent as they torture innocent animals for profit.

It’s clear that fur and foie gras are products of extreme cruelty and should be relegated to the waste bins of history. Together, we can make New York City a better city by rejecting the fur and foie gras industries’ Trumpian political tactics and pass Intros. 1378 and 1476 without delay.

***
Matthew Dominguez and Allie Feldman Taylor are leaders of Voters For Animal Rights. On Twitter @theanimalvoters.