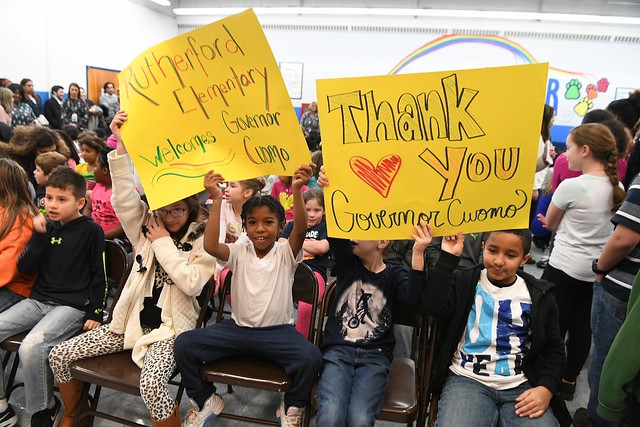 There has been much discussion that the state Legislature and Governor Cuomo may raise the cap on charter schools, especially since the sub-cap of 235 charter schools in New York City has now been reached. As public school parents and co-chairs of the Education Council Consortium, which represents the elected parent leaders of Community Education Councils across the five boroughs, we overwhelmingly oppose raising the cap because this would have a seriously detrimental impact on our public schools.

Privately-run charter schools in New York City are already costing the Department of Education more than $2.1 billion a year. In addition, the city is required to pay for private space for all new and expanding charter schools if they are not given space in our already overcrowded public schools – the only district in the state and the nation that is so obligated. The cost to the city for this private space is rising fast, as our existing charters continue to expand to new grade levels.

On average, charter schools enroll far fewer special needs students and English Language Learners than other public schools. If the Legislature allows charters to continue to proliferate, our public schools will be even more concentrated with the highest needs students in less space and with fewer resources to educate them. Some of the fastest growing charter chains, including Success Academy, have been sued repeatedly for pushing out students and violating their civil rights, especially children with disabilities. The State Education Department has recently ordered that Success adopt a corrective action plan to cease these discriminatory practices.

The charter school waiting lists of 50,000 students are often cited as a reason to raise the cap. However a few points about these lists should be made: First, no one audits the figures claimed by charters and many students are double or triple counted if they apply to more than one charter school, as commonly occurs.  When charter waiting lists are audited, as happened in Boston, their figures were found to be inflated. We also know from a recent research study that 50 percent of the students accepted by lottery to Success Academy do not end up enrolling in their schools; which means that thousands of students are accepted off their waiting list without any need to raise the cap.

Some charter schools spend thousands or even millions of dollars on advertising on radio, subways, bus stops, social media, and glossy mailings to build up their waiting lists. This process is encouraged by the mayor, who allows charter schools, including Success Academy, Uncommon, KIPP, and Achievement First, to use Department of Education mailing lists to send promotional materials to families to market their schools.

Success Academy itself has what is described as a “full service brand strategy, marketing and creative division” including an advertising staff of more than 30 creative directors, designers, copywriters, strategists and project managers, an expense which no public school can afford.

Even so, the city’s public schools have longer waiting lists. This year, there were more than 155,000 instances in which the city’s 8th grade students applied but weren’t admitted to 21 of the most popular public high schools for lack of space. Many of the students who landed on these waiting lists were probably double- or triple-counted of course, just like students on the charter school waiting lists.  Yet this represents only a small fraction of the waiting lists at the 1,800 public schools across the city, which spend no funds on advertising or glossy mailings.

What is tragic is how, unlike charter schools, the city’s most popular and successful public schools, are prevented from expanding or replicating by insufficient space and funding, which would be further diminished if the charter cap were raised.

As a city and a state, we must focus on supporting and improving our public schools, rather than encourage the growth of privately-managed charter schools that pull resources from them.

Public education is the cornerstone of our democracy and it is the Legislature’s responsibility to acknowledge that fact by keeping the cap on charters in New York City and statewide.

***
NeQuan McLean and Shino Tanikawa are Co-Chairs, of the Education Council Consortium. On Twitter @CNequan & @estuaryqueen.