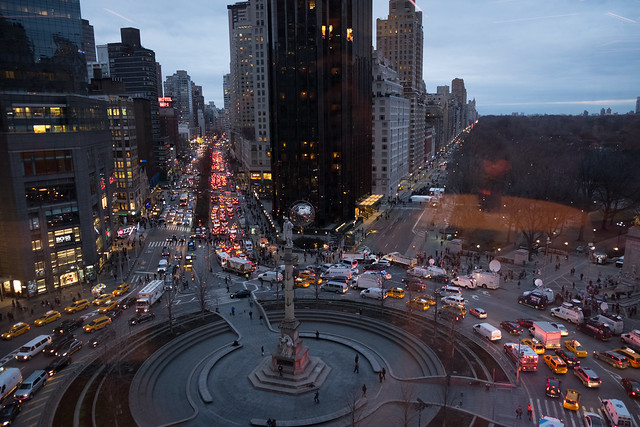 The New York City Public Advocate is a poorly defined position that, over its 30 years of existence, has often been used to advance the political interests and status of career politicians. I’m running for Public Advocate because I want to do something very different with the office: turn it into a “startup” working in the public interest to deliver real products and services that improve New Yorkers’ lives and helps under-resourced civil servants modernize our city’s government.

1) A Searchable Safety Net
Politicians talk constantly about our city’s safety net, but where is it? New York City doesn’t have what almost every major city in the country does -- a “211” system that organizes government and nonprofit health, human, and social service information and makes it available to the public through a website and 2-1-1 phone hotline.

Everyday thousands of city and nonprofit staff are duplicating work and struggling to keep their own resource directories up-to-date, recognizing that the availability of this information is the difference between a New Yorker accessing the critical health and social services they need or needlessly suffering without it.

No nonprofit or government agency has taken it upon themselves to solve this citywide problem -- but the Public Advocate can and should.

As Public Advocate, I will create an open source directory of all available health, human, and social services available in New York City, and make that information accessible on the web, via an app, by phone, and via API to partner organizations all over the city.

2)  Digital Transformation Team
New York City’s bureaucracies were designed in an era of telegrams, switchboards, and printed memos. It’s past time for an upgrade. And the best way to get one is by helping city agencies create their own Digital Service Organizations (DSOs). These groups use open source technology and agile production techniques to bring government services and the bureaucracies that provide them into the modern era.

The first DSO was the UK’s Government Digital Service. Founded in 2011, it has driven a digital transformation in the UK government -- greatly improving services and reducing annual operations’ costs by over a billion pounds per year. We could get similar results in New York City, but someone needs to lead. That someone should be the Public Advocate.

As Public Advocate, I will work to ensure that New Yorkers get faster, better, and cheaper government services by working with civil servants and their agencies to train, support, and network them together as we create DSOs throughout our city’s various government agencies.

3) Civic Engagement Oversight
In November 2018 New Yorkers voted overwhelmingly to establish a “Civic Engagement Commission” (CEC) to “enhance civic participation.” We need to make sure that the CEC advances the interests of the public, rather than those of politicians.

As the voice of New Yorkers, the Public Advocate is in the perfect position to provide oversight and help improve New York City government’s civic participation programs. We can do this by providing New Yorkers with clear information about the city’s existing public participation processes, which agencies are doing them, who leads them, what metrics they use to determine success, and how those programs could be improved using best practices (which I’ve honed over the past decade from working around the world).

Then, we will establish an “Engagement Lab” that works with individual civil servants and government agencies to support them as they establish and improve public engagement processes.

4) A Regional Organizing Project
New York City is the largest city in the United States with more than 8.5 million residents, but we’re also the beating heart of the nation’s largest “metropolitan area,” with a population of over 23 million spanning four states and 30 counties.

Our city’s ability to tackle some of our most important challenges such as housing, transit, energy, pollution, climate resilience, and more all require regional solutions. But systemic coordination among the 30 counties and four states in the New York Metropolitan Area doesn’t happen efficiently. In fact, it’s hardly happening at all. Our current methods for regional coordination are woefully inadequate, relying on a hodgepodge of nonprofits, commissions, and multi-government “authorities” that each work on their own sliver of these massive and deeply interconnected challenges.

Sometimes these groups compete; sometimes massive areas of work go completely uncoordinated; and the public is hardly aware these groups exist or that they are charged with making such important decisions. Unfortunately, we experience this coordination failure everyday -- crumbling subway systems; out-of-control infrastructure construction costs; our communities’ unmitigated vulnerability to extreme weather are all evidence of this massive problem.

That’s why, as Public Advocate, I’ll launch an online metro-regional coordination hub that aggregates and organizes information from the various coordination bodies, produces events that bring these bodies together, and develops a 10-year plan for improving metro-regional governance.

5) An Open Government Interface
Thanks to the city’s innovative open data law, city agencies are publishing a tremendous amount of information to the city’s open data portal, but finding the right information can get a little tricky. Professional researchers and large businesses have the resources needed to make sense of city data, but smaller businesses, journalists, and the vast majority of residents often do not.

Fortunately, the city created the Commission on Public Information and Communication (COPIC) with a charter mandate to “educate the public about the availability and potential usefulness of city produced or maintained information and assist the public in obtaining access to such information.” Unfortunately, information on COPIC is hard to find. It seems to lack an official website or an active Twitter. Go figure!

As Public Advocate, I will reconvene COPIC and work with that body to create a unified interface for information about city agencies, such as their budgets, expenses, capital projects, social services, performance indicators, and more. In the words of the original OpenCongress.org web project, we’ll build “the website [the city] should have made for itself.”

Successful implementation of the five solutions described above requires a focused vision, a motivated team with the right skills, and the resources -- financial and political -- that come with the Public Advocate’s office. As a technologist that helps nonprofits, governments, and startups build information systems to achieve specific goals, I know how to get this work done. As a concerned New Yorker dedicated to giving this city the government it deserves, I’m confident I will -- whether I’m elected Public Advocate or not.