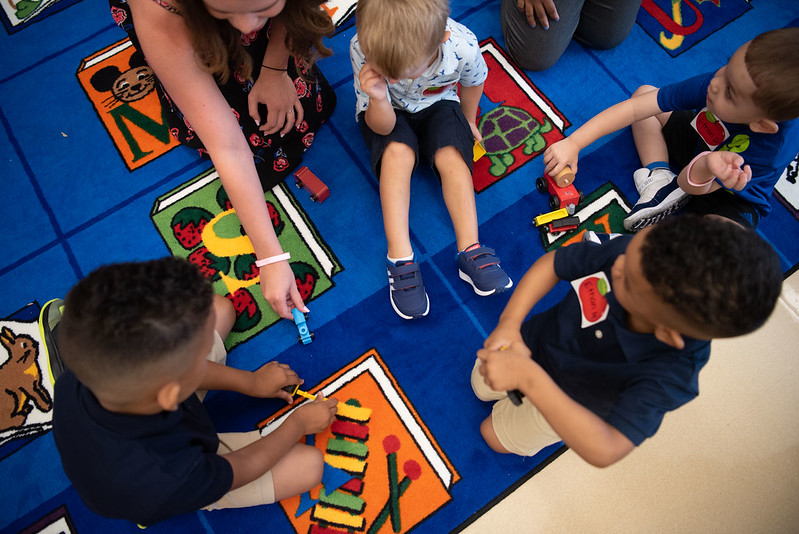 Rather, both Warren and Bernie Sanders have released plans that demand a bare minimum of accountability from existing charter schools -- including financial and operational transparency and requirements that they serve all students. Both presidential candidates also propose ending the federal grant program for new charter schools, imposing a moratorium on charter expansion, and banning for-profit charter schools.

First, a little about our experiences, which are, sadly, far from unique.

I, Liat, spent my first year teaching at a Brooklyn charter school that was started by non-educators and suffered from extreme turnover in administrators and staff. We had six principals over the course of the first year, and ten teachers either quit or were fired. We also lost special education students because our school wouldn’t or couldn’t provide the services they needed. Instead, they were sent to nearby public schools. Now that I work in a public school in District 14, we experience the reverse process -- my school has no choice but to accept the many students pushed out by charter schools when they don’t conform to their rigid academic or behavioral expectations.

I, Fatima, am a single mother whose son was suspended over 30 times by his charter school, Upper West Success Academy, starting in first grade, including for very minor issues, such as walking up the stairs too slowly. He was also denied his mandated special education services, which worsened the situation. The school demanded that I pick him up so frequently in the middle of the day that I was forced to drop out of college myself. When I finally pulled him out of the school, his therapist told me he suffered from symptoms of post-traumatic stress.

Then when my son and I were subsequently interviewed on the PBS Newshour about how he had been treated at the school, Success Academy officials at the network sent copies of his disciplinary files, full of trumped-up charges, to every education reporter they could find and posted it online. Eva Moskowitz, the Success Academy CEO, also recounted false stories about his behavior in her published memoirs.

Although the US Department of Education eventually found her and the school guilty of violating the federal student privacy law called FERPA more than three years after I filed my initial complaint, Success officials have refused to comply with the law and continue to retaliate in the same way against other parents who dare to speak out against the unfair treatment of their children by releasing their confidential files to reporters. Meanwhile, the New York State Education Department has confirmed that Success Academy has systematically failed to provide students with their mandated special education services, even after having been ordered to do so by hearing officers.

Since my son left Success Academy, he is slowly recovering, and is now doing better in high school, but it took him years to undo the damage he experienced. I have met many other parents whose children suffered similar or worse fates. Success Academy charters are currently facing five different federal education lawsuits for violating student rights, and yet are the fastest growing charter chain in the state of New York, having received more than $60 million in grants from the federal government since 2006 to aid in their expansion and replication.

Now let’s look at the Warren and Sanders proposals, which call for more accountability and oversight for the charter sector.

Both senators say if elected president, they would end the federal grant program known as the Charter School Program (CSP) that funds new charter schools. Aside from funding the expansion of chains like Success, a recent report revealed that this grant program has awarded more than $1 billion in start-up funds to charters that failed to open or quickly closed. At the same time, both candidates support increasing federal Title I funding, which would financially benefit most charter schools as well as district public schools that serve a high-poverty student population.

Warren would quadruple Title One funding, increase IDEA funding for students with special needs, and press states to boost their own education funding and make it more progressive.  Sanders would triple Title I funds, increase IDEA funding, and provide schools with more funding to reduce class sizes. Charter schools would be eligible to receive all of this funding as well as public schools.

At the same time, both candidates also call for stronger charter oversight, and would ban for-profit charter schools and those that outsource operations to for-profit managers, which have been found to be particularly prone to fraud. And both call for a moratorium on charter school growth, following the lead of the NAACP and Black Lives Matter, which have made this a central point in their advocacy, because charter schools have worsened school segregation and the school to prison pipeline through "no excuses" disciplinary practices that lead to excessive suspensions and expulsions.

The NAACP has also expressed concern about how, increasingly, public funds are “diverted to charter schools at the expense of the public school system,” even as many public schools already lack the resources they need to provide a well-rounded education.

Here in New York City, charter schools siphon more than $2.1 billion per year from the Department of Education’s budget, and take up an increasing amount of space in public school buildings, where more than half-a-million students suffer in overcrowded buildings. If the city refuses to offer space to new charters in public schools, they must help pay for their rent in private spaces, which is costing taxpayers an additional $100 million a year. A recent report from Class Size Matters found that the DOE has been paying millions of dollars each year to charter schools to rent space in buildings owned by their charter management company or an affiliated LLC or foundation.

In 2013, the credit rating agency Moody’s warned investors that the rise in charter school enrollments would likely cause negative pressure on public school budgets. Several studies since have confirmed that charter expansion has caused serious harm to district finances in Pennsylvania, North Carolina, and California, putting at risk these essential democratic institutions.

We support parent “choice” as long as this doesn’t undermine the ability of children, wherever they attend school, to receive a quality education in safe and caring learning environments. But many charter school advocates do not seem interested in basic accountability and transparency measures that would benefit students enrolled in both charter and DOE public schools. Rather, “choice” has become a euphemism for another aim -- not to improve or defend existing charter schools -- but to dismantle and eliminate as many traditional public schools as possible. This is the end-game of many of the charter movement’s billionaire backers, like the Walton family, the Koch brothers, and Betsy DeVos.

By articulating a need for minimal accountability so that charter schools operate equitably and humanely, and by ending special federal funding streams that encourage unchecked charter growth, Elizabeth Warren and Bernie Sanders are simply trying to ensure that all students are able to attend schools that will help them thrive academically, socially, and emotionally. There should be no controversy about these essential goals.

***
Liat Olenick is a public school teacher in Brooklyn. Fatima Geidi is a parent.