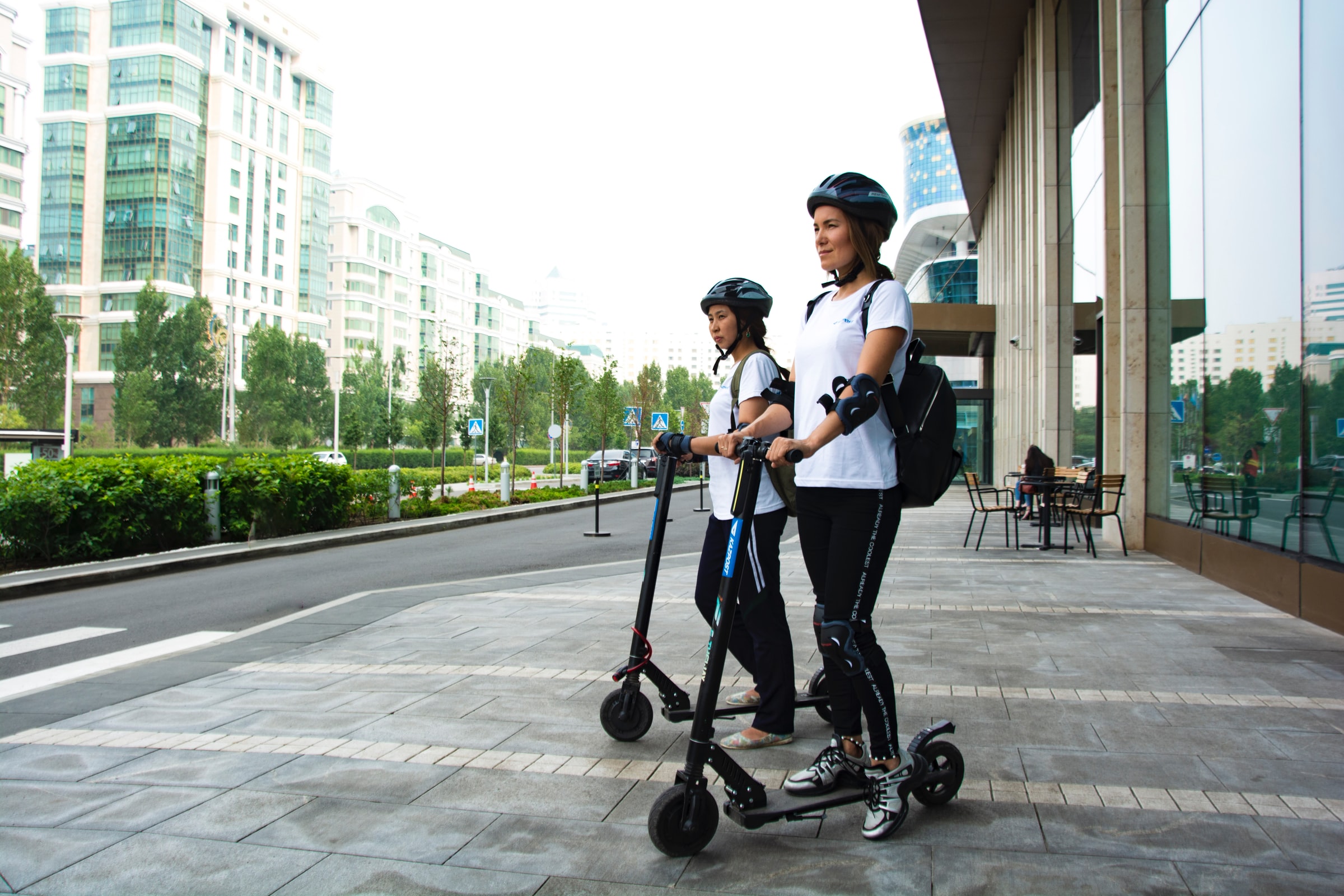 E-scooters in use (photo: Marat Mazitov)

In June, the New York City Council signaled a major shift in policy when it voted to allow people to use e-scooters on city streets. The Council legalized the private use of e-scooters and e-bicycles across the city and announced plans for a shared e-scooter pilot program that will allow e-scooter companies to operate in all boroughs besides Manhattan.

The timing could not be better. Workers, including health-care and delivery workers, require sustainable, flexible options for navigating around the city. As the recent surge in bicycle sales suggests, people are feeling safer using individual vehicles that allow for social distancing. E-scooters and e-bikes can help us ease back into public life without adding to citywide gridlock.

Before the pandemic began, traffic congestion in New York City was at an all-time high. According to the New York City Department of Transportation, vehicle registrations were increasing citywide while freight traffic and home deliveries also continued to rise. The only way to avoid the looming “carpocalypse” is to support transportation options that get people out of their cars.

E-scooters and other forms of micromobility offer cities like New York a natural complement to the transit services they already provide. And during a time when confidence in transit has tanked, these new transportation options have become even more important. To rely on shared e-scooters, New Yorkers will need access to a well-maintained fleet of vehicles that are waiting curbside.

Over the past three years, cities across the country have been working out the kinks of shared e-scooters and establishing programs that improve safety, equity, and sustainability. While local conditions vary, all successful programs have one thing in common: a requirement for accurate and complete data. It’s critical that the city first define its key use cases and success metrics so they can be measured against real-world outcomes. These goals should be shared with New Yorkers so they can see the impacts of e-scooters for themselves.

There’s no question that safety should be the top priority. While early data indicates that scooters are much safer for our streets than cars, there are still things cities can do to prevent injuries. First, city officials should take a look at streets where riders are more likely to ride on sidewalks because of narrow streets or other impediments. They can address those concerns by building out protected micromobility infrastructure, like bike lanes.

In addition, parking corrals reduce sidewalk clutter and help eliminate trip hazards for walkers. No-parking zones at the end of a block that accommodate clear sightlines or fire hydrants are great locations for e-scooter corrals since they do not require the removal of any street parking.

One aspect of new transportation services often overlooked is data privacy and security. Imagine, for example, if government could trace trips to a protest back to the house or apartment building where they began. The unsettling truth is that in many cities, they can. In California, the use of e-scooter data has even led to a Fourth Amendment lawsuit from the ACLU.

New York City must make a commitment to approach data privacy differently, by collecting the minimum data required to ensure the city is able to measure the efficacy of the program against goals. In particular, city officials should commit to never collect data that contains the precise location data of individual riders’ trips. Without a guarantee of data privacy, many would-be riders may think twice before hopping on a scooter.

The decision to welcome e-scooters to the streets of New York has huge potential to change the way New York City residents get around the city during the pandemic — and for years to come. If implemented properly, e-scooters and e-bikes are likely to become as embedded in the city’s character as the yellow cab. If implemented poorly, they may just end up in the bottom of the East River.

***
William Henderson is CEO of Ride Report. On Twitter @RideReport.