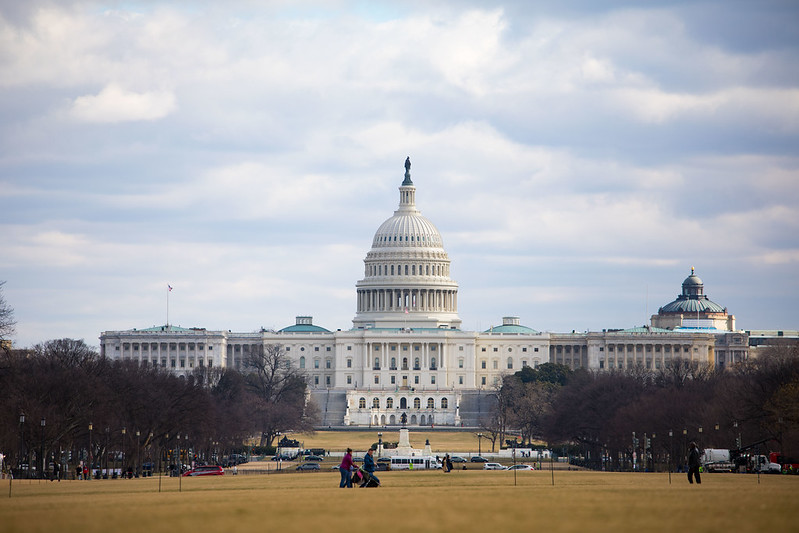 With Congress back in Washington, D.C., New Yorkers have a big stake in the outcome of the next federal economic stimulus package.

No Clear Signals on New Aid to State and Local Government
Serious negotiations are finally starting on an aid program to help an American economy devastated by the coronavirus recession. Two months have elapsed since the Democrats in the House of Representatives passed a $3 trillion aid package that included $1 trillion in support for state and local government, territories, and tribal nations across the country. The Republicans in the Senate are finally responding and are anticipated to introduce a bill soon.

The unique $600 a week supplement to regular unemployment insurance benefits that has aided tens of millions of Americans and shored up consumer spending expires on July 31, and in some states like New York, on July 26. While discussions are underway about an extension of some kind, there is considerable conservative opposition to continuing that generous benefit level.

With the election just a few months away, I cannot imagine there will be another stimulus package beyond the next one that is enacted before the November election (barring a national economic collapse), so whatever gets passed now will have to last many months.

New York State and City Have Enormous Budget Deficits
New York State, New York City, and the MTA all have immense budget deficits and need major help. The New York State government, responding to the plunging economy, adopted a budget in April with $10 billion in spending cutbacks, but has yet to implement most of that plan. The State Division of the Budget’s July 8 update says final details on cutbacks will be developed and notice given to service providers once the federal package is known.

The MTA is on the Brink of a “Four Alarm Fire” Crisis
The MTA is the most desperate of these three huge New York governmental sectors. In April subway ridership was down 95% as the lockdown began, and even last week was down 80% from normal, according to a July newsletter from New York City Comptroller Scott Stringer.

The MTA has described its problems as a “four-alarm fire.” Despite receiving $3.8 billion in the first round of Congressional support, it says it needs another $3.9 billion for the remainder of 2020, and shortfalls of $4.5-$8.7 billion remain through the end of 2021. The MTA will have little choice but to scale back some of its ambitious capital expansion plans, and may have to divert new tax revenue in a “lockbox” to help pay for those projects instead toward rescuing the operating system. If the MTA cannot get major new support from Congress, the state and the city will have to step up to help the agency as a last resort. The state authorized the MTA to borrow money to prop up its budget, but the agency is in such bad shape it may not be able to borrow the billions it needs and the state may have to borrow money on its behalf.

New York’s Lockdown Losses Are Staggering
The lockdown of the economy in New York State brought a staggering loss of 1.8 million jobs, including 900,000 in New York City, between February and April. Recovery has been slow and painful. The most recent Bureau of Labor Statistics update for New York, released July 17, showed the state regained about 300,000 jobs in June, after gaining about 100,000 jobs in May. Although the economy was regaining jobs, unemployment rates in New York rose in June because more New Yorkers re-entered the labor force than found work. The unemployment rate in the state rose from 14.7% in May to 15.4% in June, and the unemployment rate in the City rose from 18.3% in May to 20.4% in June.

2.6 million New Yorkers were on unemployment benefits at the end of June. Governor Cuomo remains cautious in allowing New York City to reopen, but New York’s slow reopening may end up with the state in a better position than other parts of the country where the coronavirus is exploding and parts of the economy are reclosing.

New York Has Taken Some Intermediate Actions to Address the Deficit
New York took limited action this spring to address its financial problems while waiting for help. The New York State Comptroller’s Office reported that state tax receipts were down 17% in June 2020 compared to June 2019. The State Division of the Budget, in the July 8 report cited above, said it will have withheld about $1.2 billion in local aid through early July, about half the rate necessary to achieve the full spending cuts in the adopted budget.

Governor Cuomo, during his daily briefings on the coronavirus this spring, said local aid cutbacks could reach 20% in education, 20% to hospitals, and 20% for other local government services that would imperil first responders, absent new federal support. The state budget also provided for $2 billion in state agency cutbacks.

New York’s Choices: Slash the Budget or Borrow
Whatever happens in Washington in the next several weeks, New York will face major challenges. New York doesn’t just face a $10 billion deficit this year, it faces a projected $8 billion deficit next year and continued problems thereafter.

The state government was authorized in the budget to borrow up to $11 billion this year, initially for cash flow purposes for just one year, but the law permits the state to extend that borrowing long-term. If federal aid is inadequate, New York will face the choice of slashing the budget or borrowing at least some of whatever deficit remains after federal aid has been provided to mitigate service cuts. The state may also have to bail out the MTA and consider the City of New York’s own request that it be permitted to borrow money for short-term operating expenses.

The New York City Adopted Budget’s Labor Provisions
New York City adopted its own budget in time for the July 1 start of the new fiscal year. It was filled with placeholders, the largest of which is $2 billion in new federal aid, which has not been passed and is the subject now at hand in Washington. The city budget also has a $1 billion placeholder for the de Blasio administration to negotiate savings in wages and benefits with the public employee unions. The mayor has said the city will have to lay off up to 22,000 employees beginning in October if it cannot achieve these savings.

The New York City Police Department ended up with modest cuts. Personnel moves will bring the size of the police officer force from 36,000 to 34,000, and the city has set a saving of $350 million in the police overtime budget. School security officers will be transferred from the Police Department to the Department of Education, which will reduce the police budget by $500 million, but the money will simply be spent in another agency.

The city used $4 billion in reserves to balance its budget, drawing down nearly all of its General Reserves, as well as about half the funds in a Retiree Health Benefits Trust. In the original proposed budget in April, the city projected it will have a $5 billion deficit next fiscal year, 2021-22, with little cushion left from its depleted reserves. Projected deficits for 2020-21 increased later this spring, meaning the ‘21-22 deficit could grow past $5 billion.

The adopted city budget did not anticipate any further cutbacks from the state government, despite the State’s Financial Plan with $8 billion in local aid cutbacks (which included other municipalities, not just New York City). The extent of aid in the federal package, therefore, will affect both the level of cutbacks from the state to the city, and the city’s own budget level.

The state and city both faced increased health care and emergency expenses above and beyond their normal budgets, but some federal aid from the original package is still untapped due to the failure of the Trump administration to provide guidance on how to spend the money and can be directed to provide relief.

The Answer, of course, is the Election: A New Progressive (or At Least Liberal) Government
Federal financial relief that just replaces revenue lost from economic decline can only last so long. If any relief package enacted now has a short duration, state and local government retraction is likely inevitable given how slowly the overall economy may recover from the virus. In the Great Recession, the Obama 2009 stimulus package expired in 2011 as the Republicans were coming back into power after winning back the House of Representatives in 2010. They restricted federal spending and the nation lost 500,000 jobs in state and local government over a several year period, slowing down the overall economic recovery. Let’s hope the same mistake is not made again, and that a new progressive government in the United States arrives to the rescue soon.