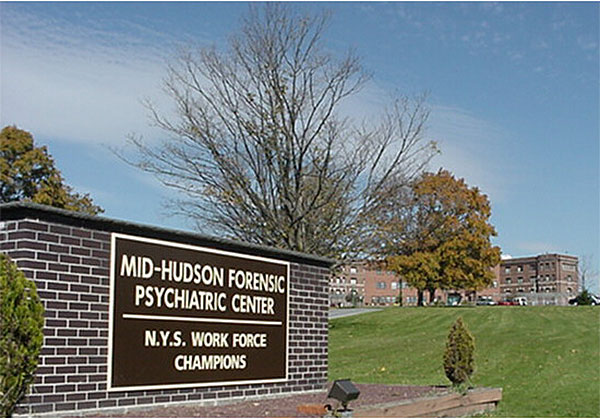 State-run psychiatric hospitals have been engulfed by this winter's coronavirus surge, casting one of the most vulnerable populations back into the pandemic's path and miring the state agency responsible for them.

Confirmed covid cases among patients and staff living and working in the state's 24 inpatient psychiatric centers have been ticking up for the last several weeks before jumping significantly more recently, mirroring the trend around the state.

In less than two weeks, from December 20 to January 2, the number of infected patients quadrupled to 177 (4% of a total population around 4,370) and staff cases increased tenfold to over 500 out of 12,230 employees, according to the most recent data posted by the State Office of Mental Health (OMH), which runs the facilities.

A majority of the more than 4,300 individuals living in OMH psychiatric centers have severe mental illness, many with simultaneous medical issues, making the facilities among the most covid-susceptible congregate settings in the state.

Patients in state custody enter the system either through a referral from a doctor or hospital administration or through the criminal legal system. They typically lack the resources for private inpatient care leaving them under the jurisdiction of the state. In the first year of the pandemic, the per capita covid mortality rate among state psychiatric patients dwarfed that of state prisoners, residents of another pandemic-battered custodial facility, but was far smaller than that among nursing home residents.

In recent weeks, covid rates have exploded around the state, due to the appearance of the highly-contagious omicron variant and other factors, like the colder weather.

OMH is taking steps to mitigate the latest outbreak, including limiting visitation, regular testing, personal protective equipment, postponing nonessential training, and ramping up cleaning and disinfection protocols, according to a spokesperson.

"Although more contagious variants of COVID have increased infection rates in communities across the State, the infection control measures implemented by OMH have helped us protect our employees and the 11,369 patients served in our psychiatric centers since March of 2020," wrote James Plastiras, the OMH spokesperson, in an email referring to both inpatient and residential patients.

In addition to the safety protocols in hospitals, OMH staff have also been subject to the statewide covid vaccine mandate for health care workers. In December, Governor Kathy Hochul shortened the quarantine requirement for staff who test positive but are asymptomatic from ten days to five days in accordance with CDC guidelines. OMH also requires enhanced screening for visitors in counties with seven-day covid positivity rates above 3%, which now includes all of New York State.

The covid outbreaks have been especially severe in a few facilities, like Pilgrim Psychiatric Center on Long Island, Mid-Hudson Psychiatric in Orange County, South Beach Psychiatric on Staten Island, Manhattan Psychiatric, and Creedmoor in Queens. All of them had covid rates peak at 9%, either among patients or staff, in the previous week; and each had at least 15 positive patient cases and dozens of covid-positive staff on Sunday, January 2. Only two of the 24 facilities reported having no infected patients or staff.

Pilgrim, which has the most cases, went from zero positive patients on December 14 to 14 positive cases six days later. By December 28, the hospital had a peak of 41 infected patients – a number that has since fallen, according to the OMH data. Pilgrim had among the most staff cases, as of January 2, with 59 infections. Creedmoor had the highest with 79 employees testing positive – one in every 10.

Throughout the pandemic, Pilgrim has been one of the most deadly OMH sites, in part because it is one of the biggest. Ten patients died there between March and June of 2020, the most of any facility. One state employee who until recently provided services to patients at Pilgrim was not surprised it was again besieged by the virus.

"Of course it's dripping with covid," the employee wrote in a text message.

Psychiatric hospitals are ripe for COVID-19 infection because of the number of patients, visitors, clinical staff, and administrators coming and going and the close quarters in which patients live. The first wave of the pandemic decimated facilities in the spring of 2020 and after, killing at least 49 patients in the first year (and likely closer to 58, counting deaths presumed to be covid-related). Since February 2021, at least four more patients have died of the virus, according to Plastiras and available state data. In that time, psychiatric facilities have fared better, enjoying a months-long lull in cases in many parts of the state.

There have still been some outbreaks, like at Rochester Psychiatric, which saw more than a dozen patient infections last summer. And like New York's prisons and jails, psychiatric hospitals have suffered from short staffing and low morale, according to employees. Morale among patients has also waned during the recent covid surge, with the suspension of visitation and some so-called "fresh air" activities to limit the spread, marking another season of pandemic limitations.

"We have a lot of staff that have been out in general and now also with the covid outbreak, which has been going on for a couple of weeks, it's put more people out, it's more of a strain," said an employee at South Beach Psychiatric Center on Staten Island, speaking with Gotham Gazette on the condition of anonymity.

As of Sunday, South Beach had 26 positive patients and 46 positive employees. The employee said a mix of competition with other government agencies, forestalled retirements, and "resentment" toward what they described as OMH's top-down handling of the pandemic has led to what felt like an exodus in recent weeks. Available data shows South Beach's roughly 700-member staff declined by 11 members in the last six weeks.

The employee said the availability of testing marks a big change from the first pandemic wave in 2020, when covid tests were scarce. "This time we have the tests, so everyone gets tested, staff and patients, whereas the first time we didn't even know who was sick and who was not sick," he said.

Rockland Psychiatric Center, another large facility with some patients admitted through criminal court, had 14 confirmed cases among patients and 45 among staff on Sunday. As of Monday, January 3, all but two of Rockland's 13 units were either "quarantined" because a patient had tested positive or "closed" because an employee had, according to an email to staff obtained by Gotham Gazette. One unit also has a separate influenza outbreak.

"It has just burned through this place, at least among the staff, within the last two weeks," one member of Rockland's clinical staff told Gotham Gazette, also speaking on the condition of anonymity.

A quarantined unit means changes to the dining schedule and setting, reduction of off-unit furloughs, and other restrictions, according to the staff member there. Rockland has also halted family visitations and outdoor services, they said. Group therapies are now taking place in residential units instead of shared spaces.

Patients at Rockland are "upset that they can't have family visits, they don't get fresh air right now," the clinician said.

Staffing shortages limit the effectiveness of protocols for isolation and distancing. Ten of the units are "closed," to prevent staff from transmitting the virus from one ward to another.

"It just means that technically staff shouldn't be going from one unit to another unit but that never happens because staff has to float at night due to short-staffing. And if there is an emergency staff has to go," the employee told Gotham Gazette.

The pandemic's endless churning has worn down patients and staff. Rockland has added over 20 members to its staff since late November, according to OMH data.

"It's just as stressful," the staff member said. "Everyone is running low on staff, so at any given point there's at least one or two people on quarantine for five days and then I'm sure it's going to keep bubbling along and so we'll be short-staffed for who knows how long."

Since the demand for testing has increased this winter, testing sites around the state have seen long lines and delays in turn-around time. Plastiras, the OMH spokesperson, said the agency has administered over 313,000 rapid tests since December 4, 2020. The Rockland employee said OMH has improved testing protocols for staff over the last two weeks, opening up a daily testing window for any interested member. But they believed more could be done to screen patients, who don't have regular access to screening.

"For the patients they are only doing like two units a day, whereas it should really be [testing in] every unit every day," they said. "I'm sure that that's a supply-side constraint, but my unit hasn't been tested since early last week."