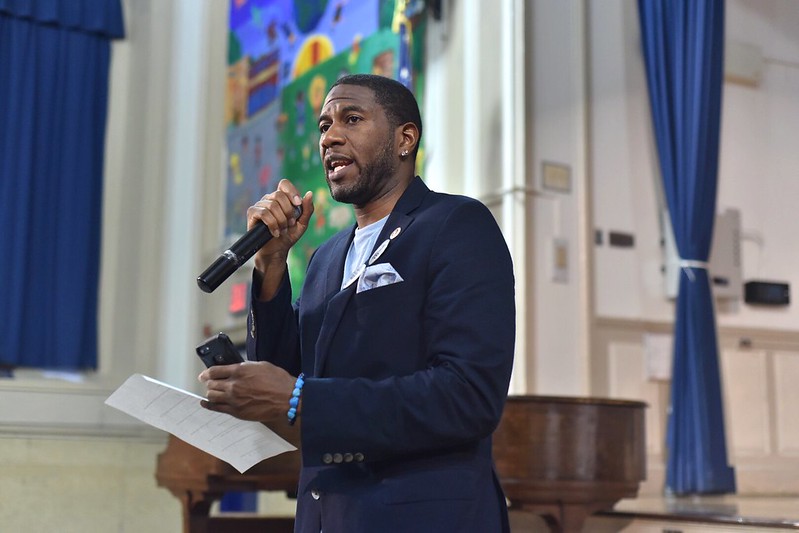 Last month’s primary election was a disappointing one for progressive Democrats in New York, as statewide and Assembly candidates lost to incumbents across the board with few consolation victories. It was a markedly different election than four years ago, when a progressive wave shifted the political landscape, contributed to a Democratic takeover of the State Senate, and helped deliver a long list of liberal policy priorities at the state level.

But even as progressives had an especially disappointing set of primaries, including in the primaries for Governor and Lieutenant Governor, they held onto several seats where their own incumbents were facing challenges from moderates and flipped one particularly notable upstate Assembly seat.

But Williams received just 19% of the vote compared to Hochul’s 66.5%, while Suozzi got just 12.8%. Archila got 23.3% to Delgado’s 57%, while Reyna got 13.3%. Williams and Archila came up far below the progressives running in 2018: Cynthia Nixon got 34% against Governor Andrew Cuomo while Williams received 47% against Hochul in the lieutenant governor primary — though both of those were two-way races.

At the Assembly level, the Working Families Party, the Democratic Socialists of America, U.S. Rep. Alexandria Ocasio-Cortez, and other left-wing officials and activists worked together to support a slate of challengers against sitting Democrats and for open seats, as well as incumbent progressive Assemblymembers. While the incumbent progressives held on to their seats, most of the challengers failed.

In Queens’ 37th District, Juan Ardila, who was endorsed by the WFP and Ocasio-Cortez — but not the DSA, which typically endorses far fewer candidates than the WFP — emerged victorious in an open race to replace outgoing Assemblymember Cathy Nolan.

There were many factors at play this year that worked against progressive momentum. In the statewide races, Hochul and Delgado had the benefits of name recognition and far more campaign cash, raising and spending millions of dollars to get their message out across the airwaves to voters, while Williams and Archila’s resources were paltry in comparison. Hochul, able to fund-raise at a historic clip given the powers and leverage of the office, was also able to spend the months and weeks leading up to the primary celebrating aspects of the $220 billion state budget passed with the Legislature in April and signing bills negotiated in the post-budget legislative session, including major accomplishments on childcare, healthcare, housing, abortion care, gun control, and more.

It was also a vastly different political landscape than in 2018, the last statewide election. That year, the Independent Democratic Conference (IDC), a rogue faction of Democrats that helped keep Republicans in control of the State Senate, was on the ballot and a major motivator for left-wing organizing. And President Donald Trump was in power. Democrats across the nation were boiling over with resentment and in New York, that meant a surge in turnout and the election of several young progressives in the State Legislature, including the demise of most members of the IDC.

With Cuomo’s resignation last year, progressives lost a villain who, for them, embodied the worst of Albany’s dysfunction and a centrist who preferred a split Legislature.

Turnout dropped significantly from 2018, though it was still above 2014, even without State Senate races on the ballot — they are set for a second, court-ordered primary along with U.S. House of Representatives primaries in August. Hochul and legislators declined to pursue combining the primaries for later in the summer, assuming that the split primary and lower turnout would advantage incumbents.

The local political conversation has largely revolved around public safety and crime over the last two years given the rise in violent crime coinciding with the pandemic, another factor that has often appeared to cut into progressive momentum, including in last year’s mayoral race won by Eric Adams. National politics also seemed to subsume the election in the closing days. With the Supreme Court overturning Roe v. Wade and a gun control law in New York State, there seemed to be little appetite among voters to depose sitting Democrats from office, particularly Hochul, who has led the way on both issues since taking over as governor.

Progressives were left fighting for attention, attempting to argue they would do even more on these issues with little room for such claims, and attempting to keep the focus on issues like housing and climate where the left-wing arguments against Hochul and other more moderate incumbents are stronger, and have been the focus of many of the progressives’ campaigns.

“Statewide, I was not surprised by the poor showing [for progressives]. Hochul ran a very effective political operation from the day she was sworn in to ensure the primary wasn’t going to ever really be an event,” said Neal Kwatra, founder of Metropolitan Public Strategies, in a text message. “On the Assembly, I thought the Sarahana and Shimsky wins over Cahill and Abinatti were quite notable and big wins for the climate movement in NY. But otherwise labor and the establishment beat back most of the challenges from the Left.”

New York leftists say they don’t see the outcomes as a loss. The NYC DSA, in a message to supporters, touted the victories of incumbent Assemblymembers Phara Souffrant Forrest, Emily Gallagher, Marcela Mitaynes, and Zohran Mamdani as proof “that their 2020 victories were not just flukes, but that championing democratic socialist legislation and committing to real organizing in their districts works.” And they noted that if Shrestha should win in November, they will add another legislator to their ranks. “This is a step forward for our movement. It means that socialism is here to stay, and it is growing across the State,” the organization said.

“In the face of tremendous real estate spending and right-wing fear mongering, voters chose to keep socialist legislators in office,” said Sumathy Kumar, co-chair of NYC-DSA, in a public statement. “NYC-DSA is proud to have spent the last few months knocking on thousands of doors and talking to thousands of working class New Yorkers about the possibilities our DSA For the Many slate opens up. It’s clear that New York’s working majority is tired of politics as usual, and the only path forward is to tax the rich for universal healthcare, a green new deal, and tenants rights for all.”

Bruce Gyory, a Democratic strategist and senior advisor at the law firm Manatt, Phelps & Phillips, LLP, praised Archila’s campaign in particular but said it didn’t break through to the larger Democratic electorate. “I think the problem that progressives have in statewide primaries is that they can't win just by appealing to progressives,” he said. “They have to build bridges to other constituencies.”

He noted that Democrats weren’t as engaged as they were in 2018. “Voters are not feeling that these incumbents are letting them down. In 2018 there was real anger towards the IDC, that anger does not exist…I think the progressives misperceived that there was this continuing anger towards Democratic incumbents,” Gyory said.

“I think the one who kind of took it on the chin, perception wise, was AOC, who made all those endorsements,” he said, referring to Ocasio-Cortez.

Notably, Ocasio-Cortez and a number of other progressive elected leaders from Rep. Nydia Velazquez to State Senate Deputy Leader Michael Gianaris endorsed Archila but not Williams, and there appeared to be limited momentum for the gubernatorial candidate. Still, Archila failed to come close to Williams’ 2018 showing in the lieutenant governor’s race. The New York Times editorial board, which endorsed Williams in 2018 against Hochul (as well as Cuomo over Nixon), endorsed Hochul this year and did not endorse in the lieutenant governor contest.

On election night, at the Williams-Archila watch party, Working Families Party spokesperson Ravi Mangla wasn’t dismayed by the results coming in. “I think this year we saw low voter turnout and we saw large spends by real estate and large money interests against many of our progressive candidates,” he told Gotham Gazette. “We saw this as a battle of working people versus big money and in many of these cases big money won out. But at the same time, we think this is just the beginning. It's a long fight and we're hoping to build towards bigger wins down the road. I think we remain pretty optimistic about the outlook of New York and our ability to continue to make gains."

“We're never going to have Hochul's money, her $30 million against our roughly one million,” Mangla. “But if you do a dollars-per-vote, both Jumaane and Archila's races are going to have the best return on investment. And in that terms we're just up against big money in these races.”

New York City Comptroller Brad Lander, a progressive Democrat and longtime Williams ally who endorsed Williams and Archila, echoed Mangla’s point at the watch party. “Look, they were out-spent,” he said of Williams and Archila. “I think if you combine the two of them, 60-to-1, and still inspired a ton of people to fight to not get kicked out of their homes, and demanding that Democrats really show up on a wide range of fights. So I feel proud of them and I think they inspired an awful lot of people and that's really important.”

He pointed out, as have Williams and others during this campaign, that those fundraising inequalities may soon become less apparent as the state moves to a new campaign finance system, which includes lower individual contribution limits and a public matching system somewhat similar to New York City’s.

On Wednesday night, the Working Families Party put something of a fitting bow on the primaries, announcing that it had filed to put Hochul and Delgado on its general election ballot line.

“Following last week’s Democratic Primary, Jumaane Williams and Ana María Archila declined their designations for the Working Families Party ballot line in the General Election,” said Sharon Cromwell, Deputy Director of the New York Working Families Party, in a statement. “Our State Committee voted to fill those vacancies with Kathy Hochul for Governor and Antonio Delgado for Lieutenant Governor. Our party has never played the role of spoiler and has no intentions of doing so this year. We’re committed to ensuring the Republican nominee Lee Zeldin—and all right-wing extremists dead set on stripping us of our freedoms—are soundly defeated on Election Day.”

*Ethan Geringer-Sameth contributed to this piece.