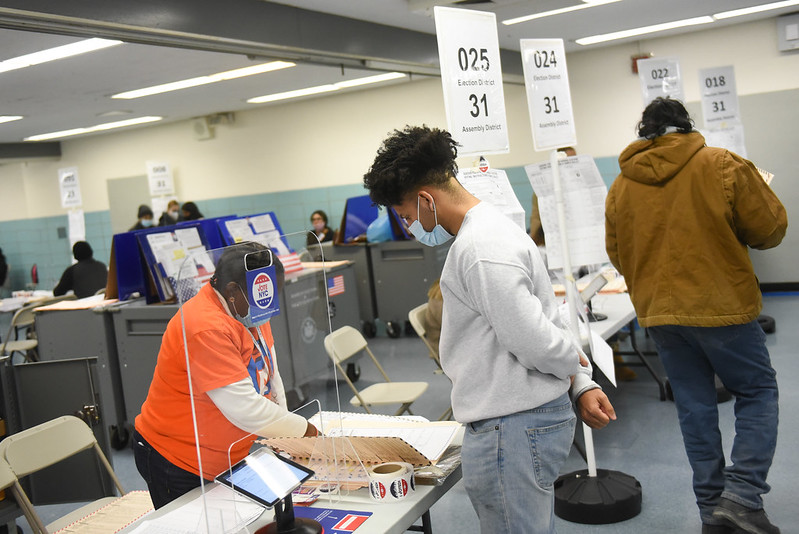 Getting out to vote (photo: Michael Appleton/Mayor's Office)

New York's August party primary elections for seats in the State Senate and U.S. House of Representatives is fast-approaching, with primary day Tuesday, August 23. There are several high-profile races, including the highly-competitive Democratic primaries in the new 10th and 12th congressional districts. There are other congressional races and many competitive State Senate primaries.