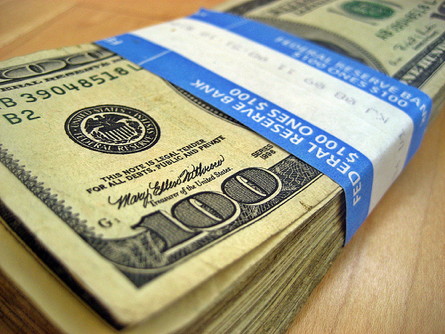 ALBANY, N.Y. — Modest, crunchy former Green Party gubernatorial candidate Howie Hawkins might not be the first name that comes to mind when you think of the word scofflaw.

In Hawkin’s case, his committee hasn’t filed reports since 2011 and, even though it’s allowed to file a no-activity statement, it hasn’t, according to campaign finance records. Records also show that Hawkins 2010 campaign committee has $12,906 on hand, though Hawkins says the real number is a lot lower.

Campaign committees have long operated without much scrutiny from the public or regulators, including by the state Board of Elections, which is charged with overseeing them, according to good government groups.

The groups say the BOE’s enforcement is so lax that the only action they take regularly is issuing relatively small fines that range from $100 to $1,000 to those who don’t file on time. They also say that the BOE is not even trying to catch major offenders like corporations that routinely donate money well over New York’s already extremely high contribution limits.

As the state heads into the peak of election season, campaign committees are being scrutinized anew.

Last week, the New York Public Interest Group released a study that aimed to highlight the failure of BOE enforcement actions, showing that 2,328 campaign committees had failed to file activity reports for the July period. Hawkins’ name appears on that list right along with disgraced former state politicians Pedro Espada and Hiram Monserrate.

The BOE disputes the assertions of good government groups, arguing that it has been aggressive in enforcing campaign finance laws.

“Since 2006, we have initiated 5,042 lawsuits against candidates and committees seeking more than $1.5 million in court-assessed fines for failure to file campaign finance disclosure reports,” the BOE said in a statement. “While we are criticized for seeking fines of only $1,000, that is the maximum allowable under current law. In addition, we average more than 4,000 enforcement actions each year, which stop short of litigation because the committees or candidates make their filing.”

The BOE also said it had referred more than 900 cases involving candidates and committees to the Albany County district attorney between 2007 and 2010.

Hawkins said the BOE has routinely notified him and his treasurer of deadlines. He said he is currently trying to figure out the accounting mess and file with the BOE.

“In my experience, they fine you, and for the little guy $500 is a lot, it hurts. But in some ways it’s inexcusable,” Hawkins said.

Bill Mahoney, legislative operations and research coordinator for NYPIRG, agrees that the current system is harder on the little guys. He also says he is aware of a number of candidates who were being fined and didn’t even know it because their treasurers had moved, retired or had other problems.

“They sent notices to old addresses, issued fines and didn’t even follow up as to why they hadn’t filed,” Mahoney said. He also noted that the regulations the BOE enforces are frustratingly lax.

“We’ve come to a point where you have to be walking away with the money and not telling anyone for it to be illegal,” he added.

New York has the laxest limits on campaign contributions of any state in the nation. The state BOE is overseen by two Republicans and two Democrats who need three out of four votes to take significant enforcement action. Good government groups think the BOE routinely avoids going after the big fish because it doesn’t suit them.

Two Freedom of Information Law requests made by NYPIRG to the BOE show that the only enforcement actions taken by the BOE since 2007 for violations of the campaign finance laws were fines for late filings ranging from $100 to $1,000.

"An examination of committees that haven’t filed recently shows that even in this area, the Board has not met its responsibilities to enforce the law,” the NYPIRG study says. The report also asserts that more than 2,300 committees — which have collected more than $31 million — "have still not disclosed any transactions made during the six months covered by the July filing period." Many of those same committees haven’t filed required disclosure information for more than a year.

NYPIRG routinely evaluates corporate donations and sends the BOE a list of apparent violations — donations that are over the limits, missing addresses of donors, missing names and so on.

NYPIRG says it can take years to hear back from the BOE and, when it does, the message is often that a routine audit of entities was done, any issues were addressed and that the matter has been resolved.

Mahoney notes that a number of corporations listed in their complaints have continued to give higher than allowable contributions throughout the years despite multiple complaints.

Additional information obtained by NYPIRG through other FOIL requests shows that the BOE has not taken action against corporations for any of the violations NYPIRG has pointed out. In fact, the FOILs do not show the actions the BOE claims to have taken by referring cases of major campaign finance scofflaws to the Albany County district attorney.

During Espada’s entire sordid term in the Legislature, reporters would routinely call the BOE to see if his committees had filed or paid fines. The answer was almost routinely no, but that negotiations were continuing. Now Espada has been convicted on federal fraud charges for stealing $500,000 from the the publicly- funded health clinic he ran — and there is still no official reporting of where all his campaign cash has gone.

Neither Espada nor Monserrate or representatives of their campaign committees could be reached for comment.

“The fact that the Board does not perform any audits raises the disturbing possibility that some of these candidates have simply pocketed the money,” Mahoney said in a statement. “While the vast majority of these filers may not have engaged in serious violations of the law, the Board’s anemic oversight and enforcement creates the impression that non-compliance with the law carries little risk of real consequences.”

Another legislator who has yet to file an activity report, Assemblyman William Boyland, is facing federal bribery charges on allegations he solicited a $250,000 bribe from two undercover FBI agents. Prosecutors allege that Boyland asked for the cash to pay off legal bills from an earlier bribery indictment that he was acquitted of. (Boyland did not comment when he was arraigned on the latest bribery charges in November; his attorney said they would "defend this case.")

Messages seeking comment were left at Boyland's office and with a representative, but were not returned.

One of the BOE’s many defenses of its enforcement has been that it is understaffed.

“Since the law was changed in 2005, and local filers were required to file with the State Board, our total number of filers has increased more than seven-fold, going from 1,716 in 2004 to more than 12,300 last year,” wrote BOE spokesman John Conklin. “During that time the resources allocated to the Board by the state have not kept pace with that increased workload. The suggestion that we have not asked for additional resources is simply untrue.”

Mahoney says the BOE has done little to publicize their need for more staffing.

And, in 2007, the BOE was given funding to beef up its enforcement staff by Gov. Eliot Spitzer.

Barbara Bartoletti, of the New York State League of Women Voters, recalls working on Spitzer’s transition team and advocating for more enforcement at the BOE. In the end, $1.5 million was allocated in Spitzer’s first budget so that the BOE could hire 11 full-time enforcement staff.

“They just didn’t have the political will to use it. The status quo works for them,” Bartoletti said.

A year later, with Gov. David Paterson in charge and with a gaping hole in the state budget, he swept unused agency funds — including the BOE’s — back into the general fund.