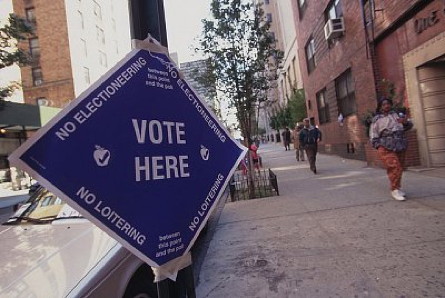 Not alluring enough to grab the attention of most voters, primary elections are often ignored by all but the most politically engaged.

But with financial scandals, rivalries and allegations of bribery in the background this year, the state’s legislative primaries, being held on Sept. 13, are definitely worth paying attention to.

We’ve picked the top five worth caring about — as much for their drama as for their political gravitas.

Now Espaillat faces his longtime political rival Assemblyman Guillermo Linares in a race for the 31st State Senate District. The history between the men dates back to the early 1990s, when Linares defeated Espaillat for a seat on the City Council. It’s likely that election reform will be on Espaillat’s mind should he be reelected; a number of irregularities took place at the Board of Election during his challenge to Rangel.

Both Linares and Espaillat take pride in their Dominican roots and have been active on workers’ rights. Espaillat enjoys the support of a number of Linares' Assembly colleagues and most of the Senate Democratic conference. Not every state Senate Democrat has lined up to back Espaillat — retiring Sen. Tom Duane served on the Council with Linares and has endorsed him. Meanwhile, Mayor Michael Bloomberg has gotten involved in fundraising for Linares.

William Boyland should be in the fight of his life for his 55th Dstrict Assembly seat.

The assemblyman beat bribery charges only to be quickly indicted again on federal bribery charges after prosecutors say he solicited cash from an undercover FBI agent. Boyland also managed to go a full year without sponsoring any legislation and has one of the highest absentee rates of any legislator. Boyland is the poster boy for machine politics and Albany dysfunction.

However, Boyland faces eight challengers in the primary. It’s unlikely all of them have mounted full campaigns, and having that many names on the ballot will likely split the vote.

The Democratic incumbent in the 80th State Assembly District is Naomi Rivera, the daughter of a storied Bronx political family. Her main challenger is real estate agent Mark Gjonaj, a favored son of the borough’s Albanian community, as well as a commissioner of the Taxi & Limousine Commission.

What was supposed to be a lukewarm contest became a whole lot more interesting in recent weeks after a certain New York tabloid began detailing allegations of how Rivera had hired an ex-boyfriend to run her taxpayer-funded nonprofit.

More allegations of nepotism followed, which were then followed by reports that the state ethics commission was investigating Rivera’s actions and that the city’s Department of Investigation was also looking into her hiring practices. Rivera has denied the allegations, but the storyline has stuck.

In conversations earlier this year, a number of those involved in the Senate Democrats' efforts to reclaim the senate majority made it clear that they expected a few “new faces” in the conference.

Although not made explicit by them, the fact that they accepted the idea that a number of their sitting colleagues would be defeated in the primary very easily could have come from concerns lingering over a number of their candidates.

The 16th State Senate District was very likely on their list of districts.

Reports about investigations into Huntley’s nonprofit popped up periodically for months until a few weeks ago, when Huntley held a weekend press conference to announce that she expected to be arrested. Huntley has been charged with aiding a conspiracy to defraud the state and forging documents sought in an investigation.

Huntley’s campaign seemed to already be in trouble as they announced a number of endorsements they had not actually won. Meanwhile, Councilman James Sanders is a strongly financed candidate. The state redistricting process actually made a good section of Sanders’ council district — where he is well known — a part of Huntley’s newly drawn district.

Sen. Toby Anne Stavisky has spent 13 years in the Senate representing Queens — and, if it's up to John Messer Stavisky, she won’t be there for one more year.

The pair are running for a new seat redrawn under the redistricting process to ensure strong representation for Asians. Stavisky’s family had controlled Stavisky’s old seat for decades but she would have had to primary against Sen. Tony Avella to keep it, thanks to redistricting.

The new district is made up of 53 percent Asians and does not include the Bay Terrace Area — a section of Queens that has traditionally been Stavisky’s stronghold. Messer has touted his connection to the Asian community and accused Stavisky of ignoring the concerns of the Asian population in Queens. Messer has also donated hundreds of thousands of dollars of his own cash to his campaign.

Stavisky, however, has the backing of the establishment, including Sens. Chuck Schumer and Kirsten GIllibrand, as well as the majority of the city’s Asian politicians. Messer ran against Stavisky in 2010 and finished third.