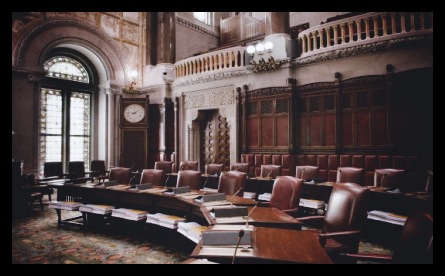 ALBANY, N.Y. — With the power in the State Senate hanging in the balance after last week's election and the impact of Superstorm Sandy overshadowing the civic debate, the political calculus in Albany has shifted.

Where only a few weeks ago lobbyists and policy makers were debating the possibility of a special session of the State Legislature that would address campaign financing, the minimum wage and marijuana possession laws, they are now talking about how the government can respond with smarter policies to lessen the impact of future super storms.

He added that legislative pay raises that had long been rumored as a focus of a special session will be “a lot harder to do” now that Sandy has added to the state’s budget shortfall.

Haven and other political observers are still eyeing the outcome of key races to see whether they shift the State Senate to the Democratic Party. The Senate is currently split 33-29 in favor of the Republicans.

Even if the Democrats do eke out a majority, it could be rendered almost meaningless. The Independent Democratic Conference, a rogue group of four Democrats led by Bronx State Sen. Jeffrey Klein, is in a position to play the spoiler and could decide to align with the current majority of Republicans. Newly elected Brooklyn State Sen. Simcha Felder has said he will caucus with the Republicans. And, perhaps most importantly, the Democrats have long fallen out of favor with the state's popular governor.

“The governor, given his popularity, institutional powers and demonstrated capacity for negotiating has the upper hand one way or another," Haven said, adding that Gov. Andrew Cuomo and the IDC are also politically aligned. “The IDC is in tune with the governor’s agenda. They are fiscally conservative and support more liberal social issues.”

Former Gov. David Paterson wrote in The Times Union this Sunday: “Rising above all this political uncertainty is one simple fact: No matter what happens come January, Gov. Andrew Cuomo will end up a winner either way.

If the Republicans return to power, the governor will still have an ally on his important economic agenda of job creation, low taxes and regulatory relief. If the Democrats win, Cuomo will be able to pass the social agenda that has been stymied by the Republicans: minimum wage, campaign finance reform and more intelligent marijuana possession laws.

Cuomo has tried to stay above the fray, instead focusing his political energy on the storm cleanup.

"The Assembly will pick a leader, and the Senate will pick a leader. And I have no intention of getting involved in either situation," Cuomo said at a press conference last week, while underscoring that he thought Democrats learned a lesson the last time they were in control of the Senate. "I think they learned the hard way. The Democrats were in power. The Democrats then lost power because of the dysfunction and I think they learned that lesson the hard way."

In 2008, Democrats took control of the Senate Majority, but first they had to win the support of the self-titled Four Amigos, comprised of Sens. Carl Krueger, Ruben Diaz, Pedro Espada and Hiram Monserrate. The four realized the Democrats needed their votes to elect a majority leader held out until they received the terms they wanted to support Sen. Malcolm Smith. The men won prominent committee seats, staffing and, according to some, received guarantees from Smith about what legislation he would introduce. In June 2009, Espada and Monserrate got a better offer from Sen. Dean Skelos and launched the coup that paralyzed the Legislature for months.

But while no one in Albany wants to see a repeat, those groups who have seen their agendas sidelined by the Republicans are hoping the Democrats gain the Majority.

Michael McKee, the treasurer of Tenants PAC, a political action committee dedicated to keeping apartments affordable for New Yorkers, had trouble sleeping on election night as he watched the results come in.

That's because the group he works for had poured thousands of dollars into the campaigns of Senate Democrats across the state: They had given $ 6,000 to Cecelia Tkaczyk in the 46th Senate Districtand held a fundraiser for her; another 10,300 had gone to George Latimer in eastern Westchester County; $7,000 to Queens Sen. Joe Addabbo; $4,000 to Justin Wagner; $6,000 to Nassau County's Ryan Cronin; and $2,000 to Ted Obrien.

One after another, McKee watched as the candidates they supported won their races or edged ahead as recounts loomed. "I was so excited, I couldn't sleep," McKee said.

But in the days since election night, McKee's fervor has turned to caution.

For years, Tenants PAC has worked with one goal in mind: Elect as many Democrats as possible to the State Senate who would be willing to help to pass legislation that protects housing for working class New Yorkers.

“We worked very hard to help the Democrats win the Senate. And we also helped upgrade the Senate. We are proud of that,” said McKee, who said he gave Tkacyzk a few hundred dollars or his own money. “We are proud of replacing Sen. Pedro Espada with Sen. Gustavo Rivera. But if the Republicans or Jeff Klein is in charge, we have no chance. I would rather see them remain in the minority for two years rather than make a deal like last time."

Business groups are worried about what the Senate Democrats might mean for their agenda.

"I didn't know whether to chuckle or cry," Michael Durant, New York state director of the National Federation of Independent Businesses, told Crains New York. "Unfortunately, it appears in some races that are essential to the Senate that economic development and jobs were not the central theme."

Brian Sampson of Unshackle Upstate, a conservative business group, told the newspaper that life would be a bit more difficult with a closely split Senate.

"I don't care if you're the business community or the ultra-progressive left," he said. "Any bill that has any controversy to it is just going to take that much longer to get to the floor. And once it gets there, you're going to have to work that much harder to get it passed or get it defeated."

A number of Albany insiders say Senate Democrats realize that they have to appeal to businesses interests and upstaters — especially because the seats they gained this year and seem poised to gain are upstate and to keep those seats they will need to tend to their issues.

Sen. Michael Gianaris, head of the State Senate Democratic Campaign Committee, has said repeatedly that his conference is committed to promoting a “pro-business” agenda.

The United Federation of Teachers and New York State United Teachers also publicly backed a number of Senate Democrats and have a lot invested in the outcome of the battle for control of the Senate. NYSUT reportedly spent $500,000 to help Addabbo retain his seat.

Teacher unions are very interested in countering Gov. Andrew Cuomo’s plans for school reforms and his continued push for concessions from unions. Clearly they felt a Democratic Majority in the Senate would help blunt Cuomo’s agenda, but it isn’t clear if a coalition government would help them at all.

But it isn’t just those who gave money who are concerned with who will control the Senate when session starts next January.

Gene Russianoff, of The New York Public Interest Group’s Straphangers Campaign, says funding of the MTA is also very much at stake. If Senate Republicans get what they want, the mobility tax on areas served by the Metropolitan Transportation Authority would be completely repealed.

“It is widely perceived among Republicans that it is a highly unpopular tax. They eliminated it last year for some small business and it cost the budget$300,000 that Gov. Cuomo found the cash to replace,” he said. Russianoff noted that Democrats passed the tax by party line in 2009, so it is likely that the tax battle would split down party lines.

But Haven, of NYPIRG, said that post Sandy, the people will want to be sure their leaders are focused on fixing things quickly.

“From now on, I think we are going to look at everything the state does through the lens of how we deal with disasters," he said. "People want a smart government that is ready to deal with how we move forward.”