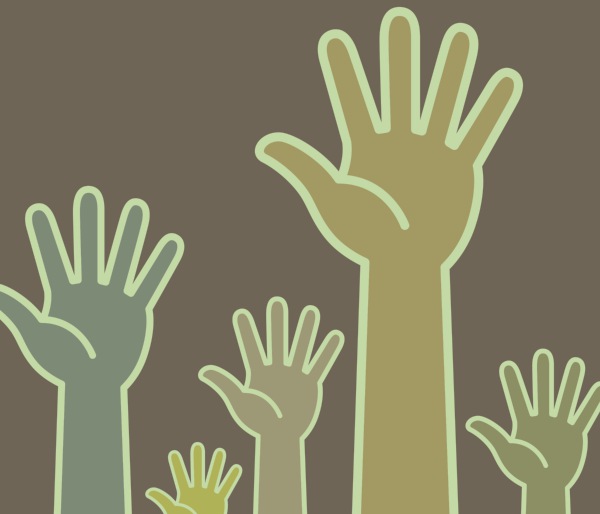 NEW YORK — What would likely be the nation's largest expansion of voting rights to immigrants under a proposed city law may not hold up under an expected deluge of legal scrutiny.

Hundreds of thousands of immigrant New Yorkers could be added to the voter rolls if city lawmakers approve the bill that would extend to them the same right to cast ballots in local elections as citizens.

The bill, which has been re-introduced into the City Council amid a national debate on immigration policy, got its first official hearing yesterday.

"Voting rights legislation is American legislation," said Queens Councilman Daniel Dromm, who first sponsored the bill in 2010 and is backing it once again.

He called the bill an opportunity to enfranchise an estimated 850,000 documented and tax-paying immigrants in the city that otherwise have little say in how the city operates.

"We should be the leader on this," Dromm said in an interview before the hearing. "We should set the tone for the rest of the nation."

Mayor Michael Bloomberg, who is largely seen as immigrant-friendly and has backed other Council immigration reforms even when they strained relations with federal authorities, has questioned the bill's legality and has said he would veto it.

"Mayor Bloomberg believes voting is the most important right we are granted as citizens and you should have to go through the process of becoming a citizen and declaring allegiance to this country before being given that right," Bloomberg spokeswoman Evelyn Erskine wrote. "That being said, this bill violates the State constitution and the administration does not support it."

Dromm has secured 34 sponsors for the non-citizen voting bill — more than enough to beat a mayoral veto.

But Bloomberg is not alone in his skepticism over the legality of the bill. Scholars, too, are taking a hard look at the proposal, and some don't think it can survive court challenge.

Political science professor Stanley Renshon, of the City University of New York, has written extensively on the movement for non-citizen voting, including proposals for New York City. But he said the bill before the Council is "questionable."

Every state in the U.S. has laws on the book that prohibits documented immigrants from voting in state and national elections, Renshon argued. As such, he said that the legal precedent allows for the reasonable conclusion that voting rights are intrinsically tied to citizenship.

He said, however, that the courts haven't had many opportunities to explicitly rule on non-citizen voting rights on a local level. In his writings for the Center for Immigration Studies, Renshon cited judicial precedent that "states have the power to impose reasonable citizenship, age and residency requirements on the availability of the ballot," at least according to the U.S. Supreme's Court take on the 1969 case Kramer v. Union Free School District No. 15.

Regardless, the Supreme Court found at the time that New York State and its education law violated the Equal Protection Clause of the 14th amendment of the U.S. Constitution. The majority said that Kramer met what it considered to be prerequisites for voting rights, including citizenship.

The president of the city's Board of Election, Frederic Umane, also questioned whether such a law would be constitutional during a hearing of the commissioners on April 30, as well as the costs that would have to be borne by the BOE to create new voter registration forms, institute new training for poll workers and printing of new materials. However, Umane said at the meeting of the board's commissioners that they should "take no position on the law," except to underscore the costs associated with expanding voter rolls.

Non-citizen voting isn't foreign to the United States. From its founding up until the 1920s when citizenship requirements became widespread, nearly two dozen states and federal territories and local jurisdictions granted immigrants the right to vote. A 1996 federal law prohibits non-citizens from voting in federal elections.

However, as recently as 2002, the city allowed documented immigrants with children in the city's public schools could vote in their community school board elections. Chicago still offers the same right to non-citizen parents, and have since the late 1980s.

And a number of small towns in Maryland and some jurisdictions in Massachusetts already offer non-citizen voting rights, and various countries offer the same albeit with range of restrictions and requirements.

Dromm and supporters of the bill couch their argument for the legislation on the same grounds that other groups do when it comes to voting rights: those who pay taxes deserve proper representation.

The bill is primarily aimed at those documented immigrants who intend to stay in New York for the long term, Dromm said, and is limited to local elections. Even if City Council Speaker Christine Quinn lets the bill go to a vote this year, the bill wouldn't be implemented in time for the 2013 elections.

Dromm said the bill would largely benefit green card and student visa holders, but its language only requires that qualified immigrant voters spend at least six months in the country before they can vote.

In May 2011, Baruch Survey Research conducted a survey about immigrants and immigration issues, during which pollsters found that a plurality of respondents had no issue with non-citizen voting.

The numbers are indicative of a larger debate happening on a national level, a discourse that Dromm said he thinks helped bring about the attention and support that his bill began to receive lately. He has been able to capitalize on Congress mulling over a bipartisan effort for immigration reform and the show of force from immigrant and minority communities for President Barack Obama's reelection campaign.

"All those things combined helped make it possible to bring the bill back to City Council," admitted Dromm, who as chair of the Council's immigration committee has championed many immigration-friendly bills. They have included legislation that brought a citywide halt to deportations resulting from cooperation from the city's Department of Corrections and Police Department.

Advocates who are backing Dromm seem unsurprisingly unfazed by the legal argument against the bill.

Among the groups standing up for the bill's legitimacy are the New York Civil Liberties Union, Make the Road NY, the Northern Manhattan Coalition for Immigrants' Rights and the Working Family's Party.

Attorney Jerry Vattamala of the the Asian American Legal Defense and Education Fund said he is confident that the Council's bill is on firm legal ground.

Vattamala said the state constitution gives authority to local governments to pass laws that best suit their own needs by way of the home rule, including granting non-citizens voting rights in local elections.

He added that the state doesn't expressly limit voting rights to non-citizens. If the city were to adopt the bill into its charter, he said, the home rule would force the state to cede to city law.

More to the point, Vatamalla said he sees the bill as a way to incorporate immigrant communities that factor into government operations without legitimate representation in the immigrant-heavy neighborhoods.

"Our experience is that elected officials salivate at these areas," Valamatta said, calling neighborhoods with high non-citizen residents political fillers. "They pump up the numbers in your district and yet you don't have to be responsive to them."

Valamatta also said that this bill can politically legitimize immigrant communities, including Queens' growing Asian community. "We'd like to have all leaders on board, because New York City really is a city of immigrants," he said.

It's the same message being circulated by the New York Coalition to Expand Voting Rights, of which Queens College professor Ron Hayduk is a co-founder. Author of the 2006 book "Democracy For All: Restoring Immigrant Voting Rights in the United States," Hayduk said he is confident that documented immigrants would exercise a newfound ability to vote.

But he acknowledged that non-citizen voting right is not a panacea to low voter turnouts, adding that the bill's goal is larger than increasing overall voter engagement. New candidates and new voters will bring about new debates and lines of conflict that all New Yorkers should welcome, Hayduk said.

"It could really invigorate the city's political dynamic in ways that we've never seen," he said.