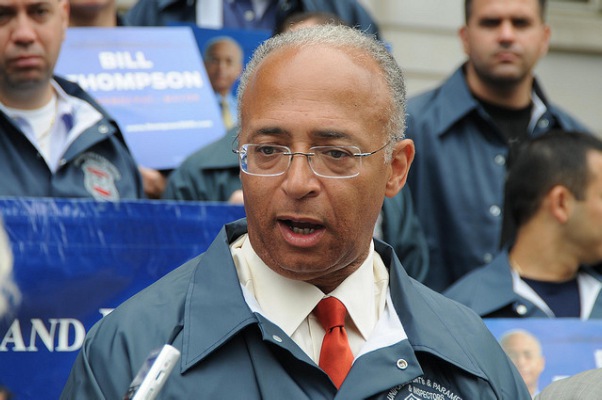 The general election for mayor seemed to get off to a fierce start yesterday as Republican candidate Joe Lhota tore into presumptive Democratic nominee Bill de Blasio on the campaign trail. Lhota attacked de Blasio's "tale of two cities" calling it: "“a repudiation of everything great that’s happened over the last 20 years.” De Blasio quickly fired back, saying: “Acceptance of inequality, turning the other way when there’s inequality, that’s not an American value, and that’s not the values of the city of New York." But de Blasio still may face a runoff with second-place Democratic finisher Bill Thompson who said Thursday night that he wanted "tens of thousands" of paper ballots counted. Thompson met with supporters to plan his next move as the Democratic establishment turns up the pressure for him to avoid a runoff and back de Blasio. Thompson would have to concede before midnight tonight to avoid a runoff that Democrats think could bolster Lhota's chances in the general election. The Board of Election won't likely know if de Blasio garnered the 40 percent of the vote he needs to avoid a runoff until next week. De Blasio needs one in three of the uncounted votes to go his way to avoid a runoff.

Two Harlem Councilwomen Vie to Be Next Speaker (DNAinfo)