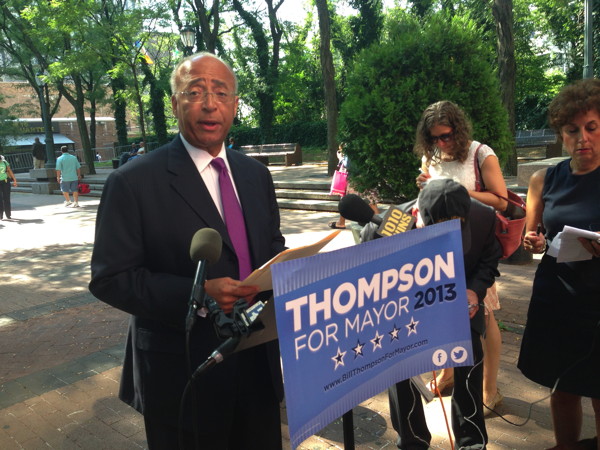 Bill Thompson is running out of time. The mayoral hopeful, who came in second in the Democratic primary but has refused to concede, was back on the campaign trail this weekend. He was all smiles and handshakes at an appearance at the African-American Day Parade in Harlem on Sunday, and told reporters that a "number of people" are telling him to stay in the race until the city's Board of Elections double-checks the election night math. The board began that process on Friday. Thompson is hoping for a runoff against Bill de Blasio, who was leading in votes for the primary. For his part, De Blasio continued his victory lap and gained more support for the Democratic establishment. On Saturday, he attended the Rev. Al Sharpton's at his National Action Network headquarters in Harlem, where the civil rights leader declared, “What the election showed the other night is a lot of the identity politics of 20 years ago, 30 years ago has now become identity politics of policy."