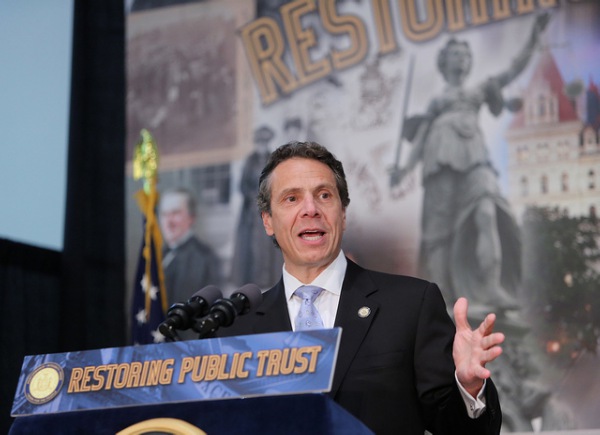 Bill Samuels of Effective NY says he wants the Moreland Commission to paint a "full picture" of the influence of money in politics in New York State. To paint that picture Samuels said today that the commission should focus on corporate donors who have helped fill the State Democratic Party's campaign coffers and the 773 corporate donors to Gov. Andrew Cuomo's campaign. Cuomo has around $27.8 million stashed for his re-election and although he has called for reform to the campaign finance system, he has said that he intends to play by the same set of rules that everyone else plays by.

“While there may be no more incidents of flat-out corruption," said Samuels in a statement, "what we will see—for the very first time—is what the Governor himself describes as-- ‘(not) loopholes. Those are the laws that are written,’ --legal conflicts of interest that exist which influence how our state government works every day.”

The Moreland Commission is hold its first public hearing today at Pace University to focus on Cuomo's "Public Trust Act" and will hear from two federal prosecutors. The second hearing will be held on Sept. 24 at 5 p.m. in Loudonville, a suburb of Albany.

Bill Mahoney of the New York Public Interest Research Interest Group told the Gazette that he does not expect the commission to reveal mass illegal acts but instead document just how broken the current system is.

Samuels says it is up to the commission to document the problems so that the laws can be fixed.

“What I expect from the commission is more of an exposé of the current reality that will give a picture of what legislators get away with — the kind of favors swapped for donations,” Mahoney said.

“If the Moreland Commission can paint this full picture, it will help the public and the legislature determine what additional measures or potential legislation is needed to restore confidence in our elected officials and the state government," said Samuels in a statement. "It is the only way we are going to be able to get our elected officials working again for the many and not just the one percent with the means and access to influence decision-making.”