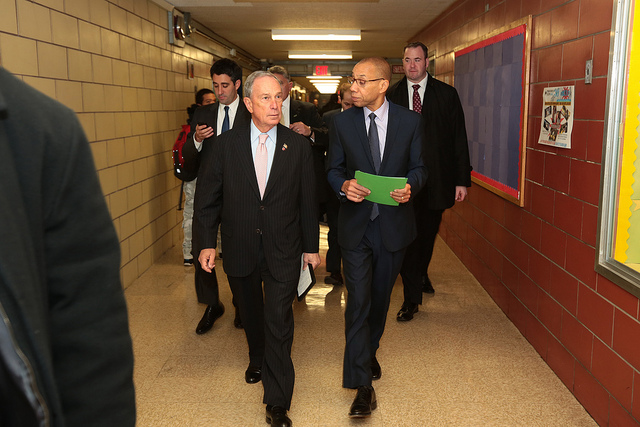 The city released what could be the final round of letter grades for more than 1,600 public schools. It is unlikely that the system, created by Mayor Michael Bloomberg's administration, will survive his tenure. Bill de Blasio has previously said he would get rid of the policy, and a spokeswoman for the mayor-elect told The New York Times on Wednesday that letter grades provide "little real insight to parents and are not a reliable indicator of how schools are actually performing.” GothamSchools has a detailed look at the scores and what they mean. WNYC has a map to navigate the scores.

_ The United Federation of Teachers and other groups call for a ban on standardized testing of students in pre-K through second grade. 11:30 a.m. dial-in. #RecessFromTests

A Map Of Median Incomes In NYC Neighborhoods (WNYC)