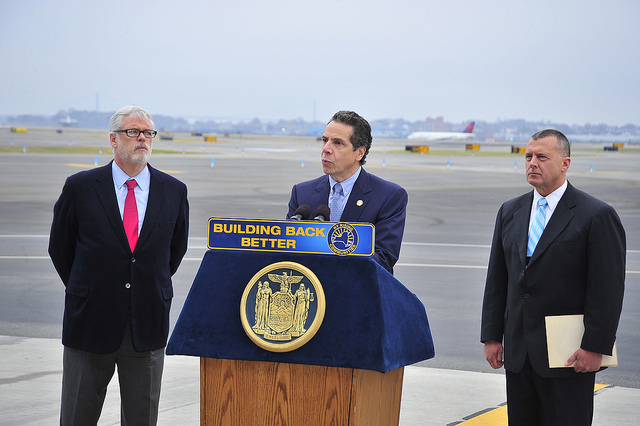 LaGuardia Airport will receive $37.5 million in federal and state funds to create new flood protections that will make it less vulnerable to future Superstorm Sandy-type extreme weather. The airport was paralyzed during last year's storm after it was flooded with what officials calculated was 100 million gallons of seawater. Gov. Andrew Cuomo announced the plans on Sunday during a visit to the airport.

Reforming Solitary Confinement At The City's Biggest Psych Ward — Rikers Island: After years of criticism from advocates, the city’s practice of isolating detainees through punitive segregation has come under scrutiny from lawmakers and city officials. In recent months, the City Council passed legislation to bring greater transparency to the practice. But perhaps the greatest change will come in the months ahead. By Caroline Lewis. READ MORE

Who Will Be The Next Speaker? A public forum with the candidates for City Council speaker co-sponsored by Gotham Gazette sister organization Citizens Union. 6 p.m. on Nov. 20. RSVPs required: email This email address is being protected from spambots. You need JavaScript enabled to view it. or call 212-227-0342, x39. #NextSpeaker