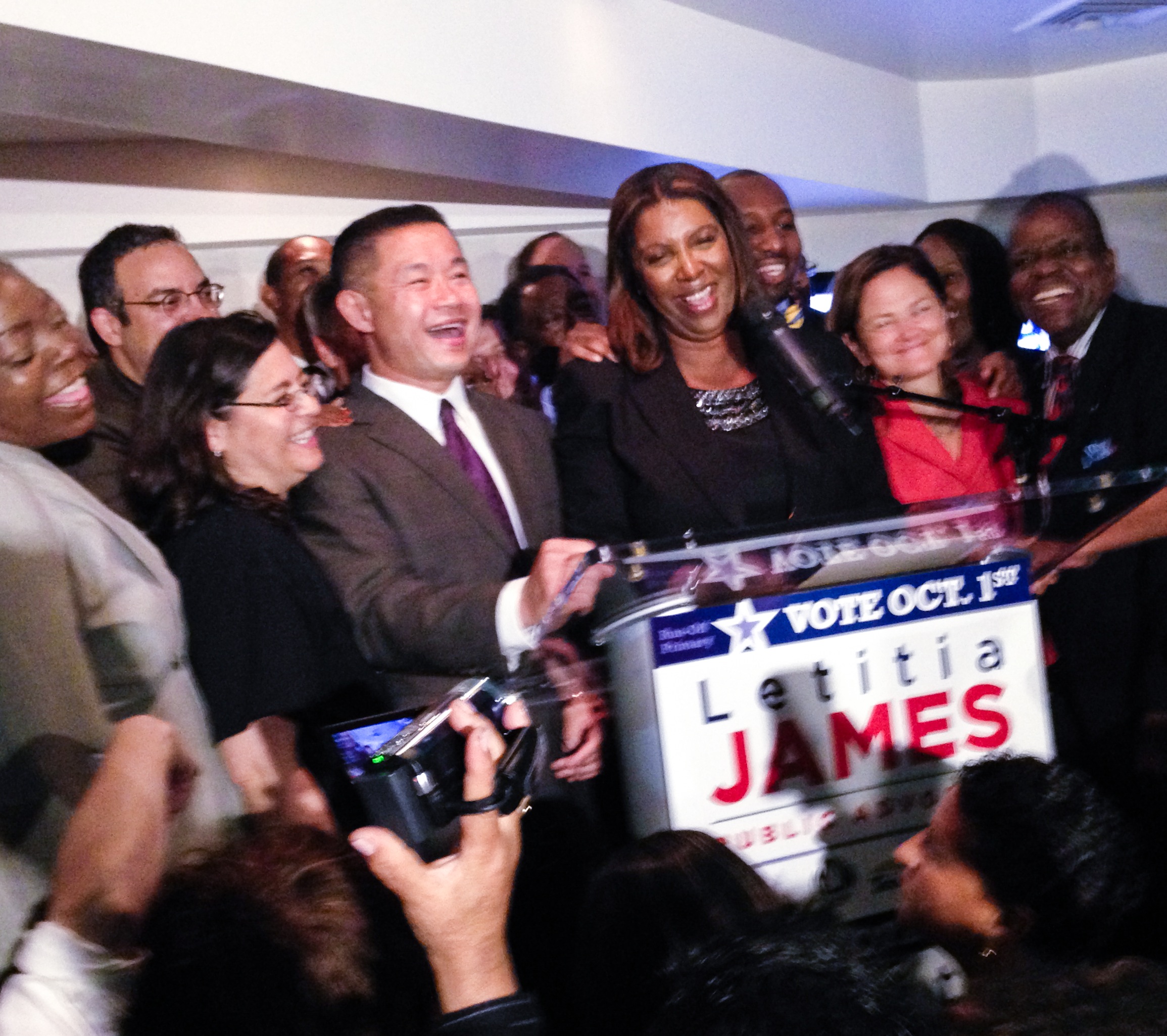 NEW YORK — After a dismal turnout for this year’s costly runoff for public advocate, the City Council is spending its last five weeks in office exploring what, if anything, it can do to reform post-primary runoff elections.

The Council held a committee hearing on Thursday on two bills that would institute one form or another of instant runoff voting, where candidates would be ranked by voters — saving the city from having to run a separate election in close races.

A third bill also under consideration would eliminate runoffs altogether for the races for comptroller and public advocate.

The city’s charter requires a runoff for the three citywide seats: mayor, comptroller and public advocate, but the three bills sitting in committee would change how New Yorkers pick their candidates for the 2017 elections.

Fewer than 200,000 New Yorkers voted for the one-race runoff on Oct. 1 for the public advocate’s office. The contest was a blow-out success for City Councilwoman Letitia James of Brooklyn — at a cost of some $13 million to taxpayers.

At the hearing on Thursday, Public Advocate-elect James acknowledged once again that she won the seat with support of 3 percent of the city’s voting population. But she questioned whether instant runoff voting was the right solution.

Instant runoff voting — or IRV — would allow New Yorkers to rank candidates on a ballot that would then be scanned on the day of the primary. There are two bills under consideration by the Council dealing with IRV.

One narrower bill, sponsored by Manhattan Councilwoman Gale Brewer, would offer IRV only to military and absentee voters (Intro 1108). Thirty-six Council members have signed on to the bill. Brooklyn Councilman Brad Lander has offered a more aggressive second bill that adopts IRV for the three citywide races (Intro 1066). Lander’s bill has 23 co-sponsors.

Having additional ranking options would likely force the city’s Board of Elections to redesign the ballot with multiple pages. In its testimony, the board told Council members that each additional printed ballot page could cost $1.75 million.

The board also said that training the city’s 36,000 poll workers in new IRV procedures would cost an additional $2 to $4 million annually. Councilman Brad Lander furrowed his brow at the training cost, arguing that including training IRV ballots wouldn’t require that drastic a price tag.

“I think what we’re trying to provide the worst-case scenario numbers,” warned Michael Ryan, executive director of the city’s elections board, at the hearing on Thursday.

Crowded pages could mean not just an additional one or two pages on the ballot, James said, but potentially upwards of six or seven. That likely means pushing names off the front page, leaving some candidates unhappy about where they land on the ballot.

A third bill (Intro 1192), introduced by James, would eliminate runoff elections for the races for comptroller and public advocate, although she did suggest including the mayoral race to include all citywide races.

Only brought to committee last week, it currently has three other sponsors.

Good government groups pushed back on the idea of getting rid of the runoff outright, which didn’t exist until a 1973 charter revision. At the hearing, Citizens Union Policy Director Alex Camarda defended the runoff as a means to ensure candidates are elected by more than just a plurality.

Common Cause New York’s Executive Director Susan Lerner agreed. “I do think strange things can happen without a runoff on some down-ballot races,” she said.

The next Council could take any of the bills up again if none of the three succeed this term. They’ll then face a mayor who’s unconvinced about instant runoffs. Mayor-elect Bill de Blasio has previously announced his own skepticism to IRV.

Even if the current Council can manage to get any of the bills to the floor for a vote before January, the legislation would still face a ballot referendum next November. If New Yorkers vote to opt into IRV, those changes to city election law — including how ballots are designed — also need to be approved by the state’s Board of Elections. The earliest any voter will see this happen in an election is 2017.

Assemblyman Brian Kavanagh, who is also pushing for a runoff reform bill in Albany, testified to the committee that there’s interest in his bill by members of both the Democrat-controlled Assembly and more politically complicated Senate.

If the bill currently sitting in an Assembly committee succeeds, Kavanagh said, there wouldn’t be a need for a referendum or mayoral approval.