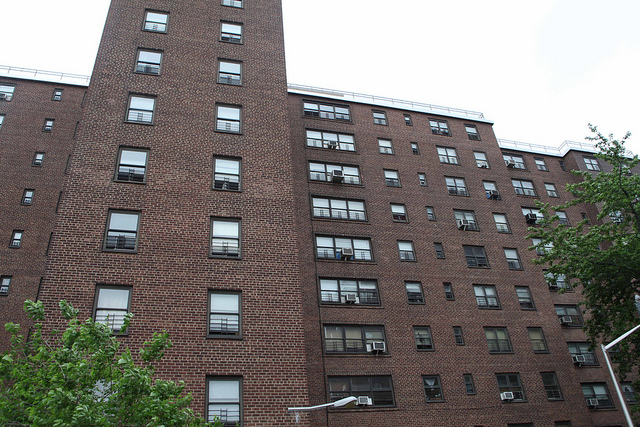 The Westchester Rent Guidelines Board is undergoing a shakeup as the two tenant representatives on the nine-member board have tendered their resignations over an appointment they say inappropriately benefits landlords and reeks of cronyism.

Like its counterparts in New York City and other jurisdictions, the Westchester RGB sets increases in rents for affordable housing in the region just north of the Bronx. Board members are nominated by the Westchester Board of Legislators and appointed by the New York Department of Homes and Community Renewal (DHCR), a state agency. The board consists of two tenant-friendly members, two landlord-friendly members, and five public members including the chair.

On Friday, the two tenant members of the Westchester RGB resigned their positions in letters to DHCR Chair James Rubin and Gov. Andrew Cuomo. Both cited DHCR’s appointment of Michael Rosenblatt to a public seat on the RGB as the impetus for their resignations. Rosenblatt is a former DHCR counsel and currently works for one of the city's largest real estate focused law firms, Rosenberg & Estis.

Tenant member Genevieve Roche resigned effective Friday, May 13, writing, “I cannot in good conscience continue to serve on a Board to which the DHCR has appointed as a public member its former deputy counsel who currently works as counsel to the largest landlord real estate law firm in New York.”

Rev. Emma Jean Loftin-Woods’ resignation is effective December 31,2016, after the board concludes its work for the year. “Unfortunately the composition of the current Board and the disregard for providing an open and fair forum for consideration of the issues hasrendered our advocacy for tenants voiceless,” she wrote in her resignation letter.

Roche and other tenant advocates say that Rosenblatt’s appointment was not only inappropriate because he is employed by Rosenberg & Estis, a firm that bills itself as “Comprehensive Real Estate Representation,” but because his name was put forward by current DHCR counsel Charles Lesnick and appears to them to be a case of cronyism.

Rosenblatt was approved by the Board of Legislators last May over one other candidate in the running. He was then certified and appointed by DHCR despite protests from some legislators and tenant advocates.

“I love them both,” Rosenblatt told Gotham Gazette of Roche and Loften-Woods. “They’re great advocates for the cause. I will miss them both.” Rosenblatt added that he worked prosecuting landlords for DHCR and his current firm also represents tenants.

“I want to stress again, regardless of what Genevieve thinks about the propriety of DHCR appointing me to the position, I don’t feel I’m another landlord member of the board,” Rosenblatt said. “I’ll vote my conscience and my work doesn’t come into it.”

The Westchester RGB functions much like New York City’s: both are made up of nine members and the two-two-five breakdown. The RGB debates and decides rent increases for regulated units subject to the Emergency Tenant Protection Act of 1974 each June - more than 25,000 units of affordable housing across Westchester County in cities including Yonkers and White Plains.

Westchester is known for its wealth, but affordable housing has been a major point of contention there for decades. Gov. Andrew Cuomo resides in the county where his former gubernatorial rival Rob Astorino is county executive. Tenant advocates say they feel the influence of both men in their struggle to keep rents affordable. A spokesman for Astorino declined to comment on the RGB resignations citing the fact that the board is not overseen by the county executive.

Ken Jenkins, a Democrat representing Yonkers on the 17-member Board of Legislators, and his colleagues voted down a motion to move Rosenblatt’s name to consideration by the entire chamber during a committee meeting last year, but the nomination advanced after Joe Montalto, another candidate, removed his name from consideration. Jenkins said he suspects landlord interests and Republican legislators were motivated to put Rosenblatt’s name into contention. The Board of Legislators is ruled by a bipartisan coalition.

“For too many years the public members [of the Westchester RGB] have tended to be mortgage banker types who do not appreciate the fact that the rent laws are there to protect tenants and keep housing affordable,” said Michael McKee of Tenants PAC. “Joe Montalto is exactly the kind of thoughtful, fair-minded person needed for the five public member positions. For the Cuomo administration to appoint a landlord lawyer as a public member is outrageous.

Roche attempted to explain her opposition to Rosenblatt’s appointment last year at a board meeting but was shouted down by a number of representatives. She eventually submitted her concerns as a written statement. “My main problem is that DHCR recommended its own former deputy counsel who otherwise spent his entire career working for law firms that work in the interest of landlords,” Roche told Gotham Gazette. “DHCR reviewed its own conduct in making the recommendation and appointment and found that it had acted appropriately.”

Jenkins wrote then-DHCR Commissioner Darryl Towns on May 12, 2015, asking him not to approve Rosenblatt’s appointment. Jenkins wrote that Lesnick, of DHCR, had confirmed “interference with the county board’s recommendation.” He continued, “any candidate suggested by Mr. Lesnick should be rejected at this time.” Jenkins went on to say that Rosenblatt testified during an interview that he had never suggested names of potential candidates for the board when he served in the same position.

Roche and other tenant advocates say it is unprecedented for DHCR to put forward candidates while Lesnick indicated to Gotham Gazette that it was fairly standard procedure. Lesnick declined to comment on the record, as did a spokesperson for DHCR.

Gotham Gazette obtained an email from Lesnick to an employee of the Westchester Board of Legislators from March 17, 2015, that appears to show when Lesnick put Rosenblatt’s name forward. In the exchange, subject: “re: WRGB Members expiration date,” Lesnick writes: “With respect to the additional public member position I have spoken to two people who would be qualified.” He first puts forward Rosenblatt, noting that he “needs no training” because he “served the board for 14 years.” He then puts forward another name, Diana Browne-Temple, and says he has asked both candidates to contact their local legislators. Browne-Temple is president of the Yonkers NAACP.

Rosenblatt said he was relatively uninvolved in the appointment process. “I got a phone call from someone on the Board of Legislators about my interest in the position,” he said. “I saw it as an extension of my public service. I ran it by people at my firm and they said ‘go ahead, keep us up to date.’ Next thing I know I’m appointed. I don’t know what was said behind my back or during the process.”

Roche, who has resigned from the RGB, has been seen as an especially effective tenant advocate, putting together sophisticated presentations opposing rent increases using economic arguments and accounting practices. In 2011 the board approved a rent freeze. In January of this year the board decided to limit the amount of time both tenant and landlord members have to make presentations and instead of giving a chance for rebuttals at later meetings, decided to have an immediate vote on agreed upon rent increases unless members want more time.

These changes concern both Roche and Loftin-Woods. Roche, an accountant and attorney, said she thinks they were designed to lessen the impact of her presentations and to expedite compromise so that rent freezes can be avoided all together. “I can't contribute to a board that does not allow for discussion. I can’t lend my credibility to a board that is not open,” she said.

Jenkins said he is frustrated by the resignations. He notes that the board will go ahead in June short one tenant representative. “I heard about the concerns they had and I suggested we would find mechanisms to raise concerns about the appointment,” Jenkins said. “I’m not quite sure how resigning helps tenants rights to protection. I feel Genevieve [Roche] is trying to bring attention to the issue, but I’m not sure it is the mechanism to make a change. We won’t be able to replace her before the new guidelines come out. This is a challenging situation.”