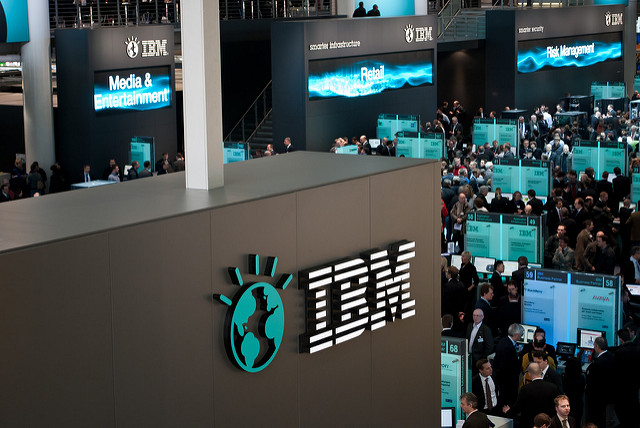 International Business Machines (IBM) has a long history in New York - its headquarters is located on the New York-Connecticut border in Armonk; it used to be one of the largest employers in the state; and it was part of a 2011 deal to bring $4.4 billion in investments to upstate New York through the creation of a high-tech computer chip manufacturing plant. The success of the company and the overall state economy have travelled similar paths, both flourishing at times, but when IBM laid off scores of employees, the state suffered.

Given its massive business interests it isn’t surprising that the company contracts with a host of New York-based lobbying firms. But IBM’s choice of a new firm in 2013 is raising eyebrows.

Whiteman Osterman & Hanna is one of Albany’s largest firms, with 75 attorneys, a wide variety of service offerings, and a location across the street from the state capitol. The firm has been influential in securing development deals with SUNY Polytechnic and its nonprofits that oversee the distribution of Buffalo Billion funds.

The Washington, D.C. subsidiary of Whiteman Osterman & Hanna, formerly run by lobbyist Todd Howe, is a target of the federal probe into the Buffalo Billion by the office of U.S. Attorney Preet Bharara, and the Cuomo administration has banned state employees from interacting with that subsidiary, WOH Government Solutions.

Whiteman, Osterman & Hanna is deeply involved in a web of relationships surrounding the Buffalo Billion program. Hiring the company is an apparent gateway to major business with state entities.

IBM retained WOH for the first time in early 2013, according to filings with the Joint Commission on Public Ethics (JCOPE), a state regulatory body that tracks lobbying. In September of that year SUNY Poly entered into a deal with IBM, which would see the state invest $55 million into the Buffalo Information Technologies Innovation and Commercialization Hub. The hub is being designed and built by the state and IBM, other information technologies firms will have access to its resources. Cuomo announced the project in February 2014.

IBM promised in return to bring the 500 new information technology jobs to Buffalo by September of 2020. Company officials have stressed that not all of the jobs will be IBM employees - they expect some to be provided by firms that deliver services to the technology center.

Essentially, the state funded the creation of a ready-to-use research center and has handed it over to IBM while expecting other businesses and state agencies to also utilize the infrastructure.

“New York State will commit, through CNSE (College of Nanoscale Science and Engineering), $55 million, which includes $25 million to establish an open innovation facility and $30 million to purchase IT equipment and software to be used at the Buffalo Information Technologies Innovation and Commercialization Hub,” reads a February 2014 announcement from the Cuomo administration. “The Hub will be owned by New York State with IBM as the first anchor tenant and made available to all IT units at all state agencies. The facility will open in early 2015 in downtown Buffalo.”

Jerry Gretzinger, spokesperson for SUNY Polytechnic, said that funding for the project is going towards purchase of the building, infrastructure, equipment, and installation. “IBM has taken up residence in Buffalo with hundreds of employees working in Key Tower. The company is receiving no funding, which is consistent with the state's economic development model,” Gretzinger told Gotham Gazette.

The federal probe into the Buffalo Billion appears to be examining possible bid rigging around the construction contracts for both the SolarCity project and the information technology innovation center. There are concerns the requests for proposals (RFPs) for both projects were designed specifically for large Cuomo donors to win. McGuire development, winner of the information technology innovation center contract, donated $35,500 to Cuomo from December 27, 2013 to October 12, 2014. The project was announced in February 2014. The largest single donation from McGuire Development, $25,000, came in May of 2014.

McGuire development wasn't the only major Cuomo donor to benefit from IBM's participation in the Buffalo Billion. The New York Times reported on Tuesday that Ciminelli Real Estate lost a major tenant at its property, The Key Tower, in 2013 - IBM has since moved in to the tower as part of its deal with the state. Paul Ciminelli, head of Ciminelli Real Estate, has donated $9,000 to Cuomo. His brother Louis Ciminelli, head of LPCiminelli, donated $29,200 to Cuomo in January 2014, just before the firm was awarded a contract, now reported to be under federal investigation, to develop parts of the Buffalo Billion. The Times found that the Ciminellis and their associates have donated $150,000 to Cuomo's various campaigns.

Recent subpoenas appear to target the relationship between former Cuomo aides Todd Howe, the aforementioned lobbyist, and Joe Percoco and work they did lobbying for clients to win Buffalo Billion contracts. No one, including IBM, has been charged with any wrongdoing.

Three sources familiar with the workings of the Buffalo Billion program say that WOH and Howe’s D.C. subsidiary were seen as critical in getting the attention of the Cuomo administration on Buffalo Billion projects. IBM did not return requests for comment, neither did WOH. WOH’s website advertised Howe and the services he could provide for New York clients until the page was removed after news broke of Bharara’s probe into Howe’s relationships and dealings.

JCOPE filings show IBM paid WOH a combined $240,000 in 2013 and 2014 and $120,000 in 2015. WOH was the only new New York-based lobbying firm IBM hired in 2013. The filings do not list any lobbying activity by WOH on behalf of IBM on any specific legislation or issue. However, the WOH employee listed on the disclosure, Richard Leckerling, a partner at WOH specializing in government contracts and government relations, is listed as managing the account. Another WOH lobbyist listed on the disclosure, William Crowell, is shown to have the sole area of practice as government relations according to the firm’s site. Leckerling did not respond to requests for comment.

Leckerling also serves on the board of the SUNY Poly’s children’s museum along with three members of SUNY Poly.

The Investigative Post has detailed Leckerling’s involvement with the two nonprofits that SUNY uses to funnel money to Buffalo Billion projects.

Fuller Road Management Corporation, one of Suny Poly’s nonprofits, paid $330,000 in legal fees to WOH from 2012 to 2014, according to The Investigative Post. Meanwhile, Leckerling has attended meetings of SUNY Poly’s other nonprofit, Fort Schuyler Management Corp.

Robert Samson, former head of IBM’s global public sector, serves on the board of Fort Schuyler Management Corp. Samson has served as a technology advisor to Cuomo and has donated to Cuomo’s campaigns. He joined the Fort Schuyler board in 2014.

The Whiteman Osterman & Hanna website advertises its government affairs work and ability to help clients land government business. “Whiteman Osterman & Hanna’s focus on matters at the intersection of the private and public sectors has led to the natural development of a vibrant practice of advising and assisting commercial enterprises and public entities through the state and municipal procurement processes. Based in Albany, New York, the Firm has represented commercial enterprises in a wide range of commodity and service procurements, including telecommunications, information technology, industrial supplies, food commodities, and environmental and financial services,” reads the firm’s site.

State law bans lobbying on procurement after the state issues requests for proposals, but IBM’s residency in the technology center did not come about as the result of an RFP. Like a host of other subsidy projects aimed at large corporations, negotiations around IBM’s involvement in the Buffalo Billion appear not to have taken place in public or through a public process.

SUNY Polytechnic reported doing business with WOH in 2015 for $2,056. The work is listed as lobbying related to “higher education” and involving the Assembly, Senate and executive branch. SUNY Poly’s founding president and chief operating officer, Dr. Alain Kaloyeros, is also a target of the U.S. Attorney’s investigation.

As the Buffalo Billion probe has ramped up and become more public, Whiteman Osterman & Hanna fired Todd Howe, a Cuomo family confidante who worked on at least one of Andrew Cuomo’s campaigns. Howe worked with SUNY Polytechnic as well as a number of firms with business before the state that won contracts with the Buffalo Billion while he ran the WOH subsidiary in D.C.

Howe worked for former Governor Mario Cuomo for a decade and is reported to have been a key member of the Cuomo clan. He worked for Andrew Cuomo during his time at HUD and on his reelection campaign and has done fundraising work for him. Howe landed major clients as a lobbyist because of his status as a Cuomo insider. At the same time, a recent New York Times profile painted a picture of someone struggling to hide a serious personal financial crisis while maintaining the image of a successful lobbyist. The Cuomo administration issued statements acknowledging there may have been improper lobbying involving Howe and Percoco, who was a long-time aide to Andrew Cuomo.

Cuomo has sought to distance himself from Howe. “I wouldn’t call us close friends,” the governor told reporters earlier this month. “He worked for the state for a number of years, but I had no knowledge of his personal situation.”