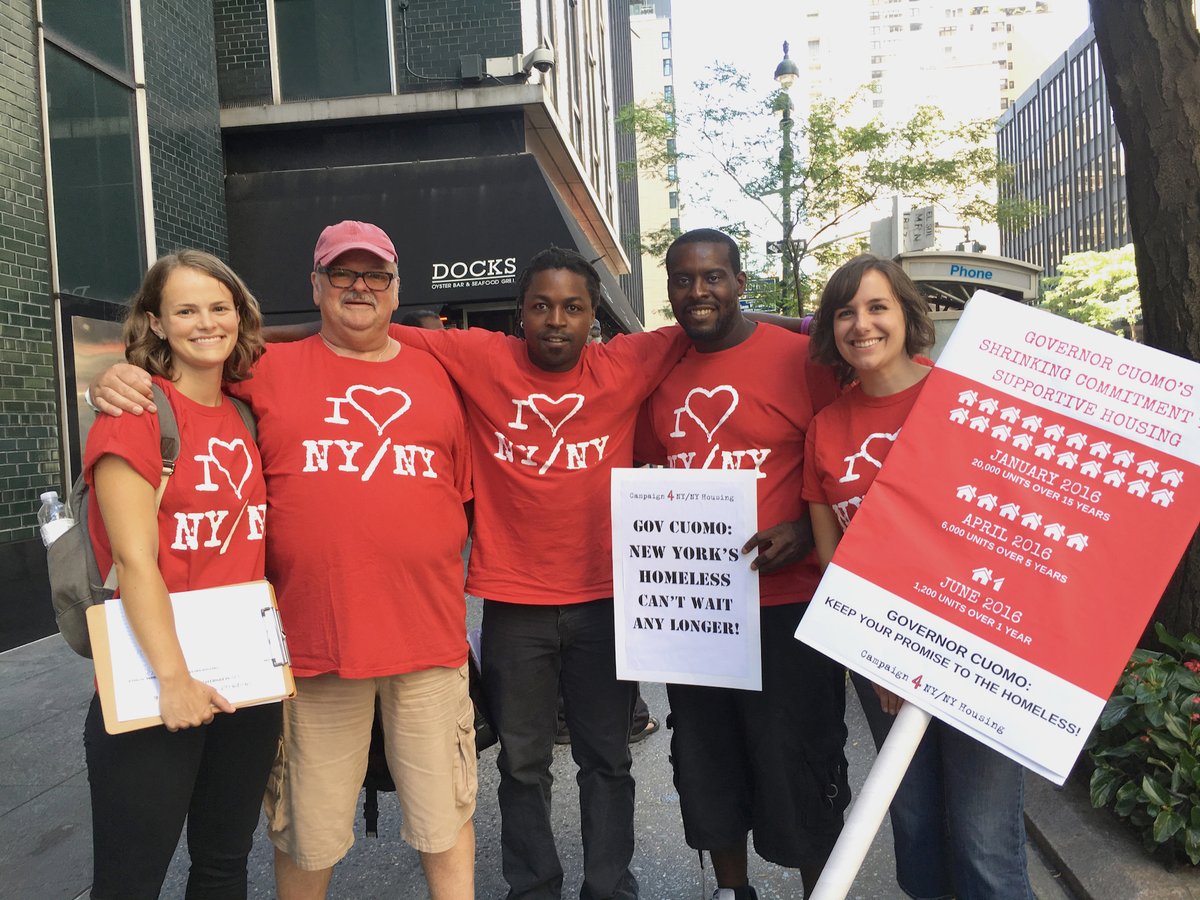 Advocates outside Gov. Cuomo's office Wednesday (photo via Coalition for the Homeless)

Housing advocates have done a job shirked by Gov. Andrew Cuomo and legislative leaders this session and crafted a plan for how the state should spend $1.9 billion on affordable and supportive housing over the next five years.

The governor and Legislature agreed to dedicate $1.9 billion in the April 1 budget, but negotiations on how to actually fully allocate the funds fell apart at the close of the legislative session in June. The details of the spending was to be determined through “memorandum of understanding,” or MOU, among Cuomo and legislative leaders. By the end of the session, they outlined $150 million in spending through two narrow MOUs, leaving a lot of money on the table and many people frustrated, including housing advocates and providers, local elected officials, and others.

Advocates, lenders, and developers now say the affordable housing pipeline has begun to dry up due to uncertainty about what the state’s priorities will be once a larger MOU is negotiated. This is one big reason that they crafted their newly-released blueprint for how to spend the money and why they organized another rally outside the governor’s office on Wednesday morning.

“We hope this will kickstart negotiations,” said Rachel Fee, executive director of The New York Housing Conference, a group involved in putting forward the suggested MOU. “All they have to do is sign this,” she said of the proposal. Other groups of the ten involved in putting forward the MOU proposal include the AARP, the Center for NYC Neighborhoods, the Community Preservation Corporation, Enterprise Community Partners, and the Supportive Housing Network of New York.

Advocates say that the state is missing out on 1,000 units of new affordable, senior, and supportive housing every month that the MOU goes unsigned. “People don't know what the state wants so the pipeline isn't moving,” said Fee. “Do they want elder housing and if so how much and where do they want it? So, it is very important they agree and get the money out the door.”

State cash will be used to subsidize the building and maintainence of affordable and supportive housing across the state. Exactly how it does that will be determined by the MOU. Supportive housing is designed to give homeless people, especially those dealing with mental illness or substance abuse, affordable housing paired with the services they need to maintain to live healthy lives. Some funds will go to maintaining existing affordable housing stock and neighborhood revitalization. Other funds will be used to assist the construction buildings of various sizes. Until the state actually lays out which initiatives will be funded and how much is to be spend on each, those interested in utilizing the subsidies either have to guess or wait.

Cuomo administration spokesperson Rich Azzopardi indicated that the governor is waiting for the Legislature to negotiate.

“It was the governor who advanced this unprecedented state commitment to affordable housing and, like these advocates, we’re seeking to get this MOU signed and this much-needed funding out the door as soon as possible. We urge the Legislature to join us in this effort,” Azzopardi told Gotham Gazette.

During a briefing on Tuesday at City Hall, New York City Deputy Mayor Alicia Glen, who heads the city’s housing efforts, said that it was “a tragedy” that the state failed to agree on a complete MOU during this past session. “I would be thrilled if they came to an agreement on what projects they wanted to fund,” Glen said, adding, “It would be a big tragedy for New Yorkers if the state wasn't able to put together a fully-funded affordable housing plan.”

Advocates say they are trying to avoid such an outcome long-term by presenting a plan that takes into account the major concerns aired by all sides during negotiations over the MOU. New York City, meanwhile, continues with its own affordable housing plan - the Tuesday briefing was called to inform reporters and the public that the administration is on track with its 200,000 unit, ten-year affordable housing plan.

Fee said that the proposal includes all of the priorities put forward by Cuomo and legislative leaders. The plan has a framework to provide parity in investments in housing upstate as was pressed for by Senate Republicans, including $9 million for main street revitalization projects and a measure allocating $100 million for roof replacements for aging New York City Housing Authority (NYCHA) housing stock as pushed for by Assembly Democrats.

The administration was able to push $150 million in funding for supportive housing out the door before the end of session but advocates say it does very little to provide certainty for developers about the state’s future plans.

Fee said that her group is hopeful the Legislature could use the suggested MOU as a quick, ready-to-use starting point for negotiations to get a deal signed before “everyone goes on vacation in August.”

The groups’ MOU may not be the catalyst needed to move negotiations forward. Three legislators familiar with negotiations told Gotham Gazette that discussions have been tied to separate deal making on the expired 421-a tax abatement meant to spur rental housing that includes a set percentage of affordable units. Many legislators expect the housing funds will continue to be held hostage until a deal can be reached to replace or renew 421-a. Developers are anxious to see the incentive return to play, they say. On Tuesday, Glen and other city housing officials said that the lack of 421-a is hampering affordable and market-rate rental housing development in the city.

“Negotiations over 421-a got in the way,” said Fee. “They love to package things in Albany. We support a tax credit to boost the private market but we can't wait for a deal on that. They need to sign the MOU now.” 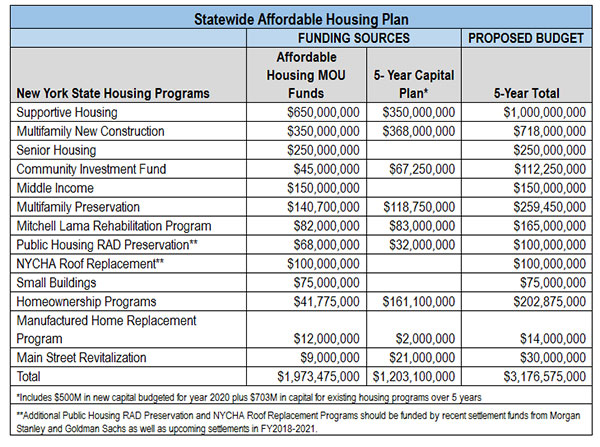