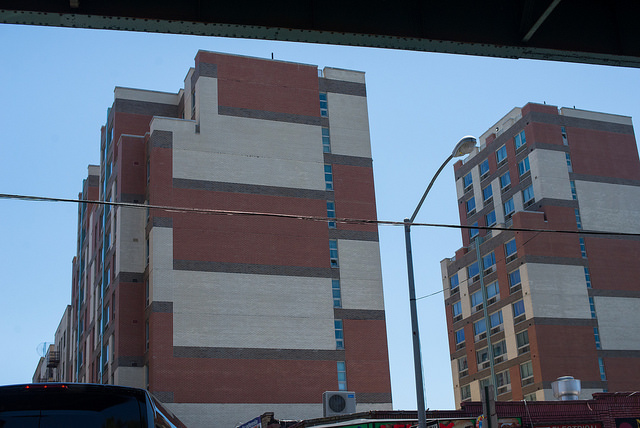 As Governor Andrew Cuomo weighs whether to sign it, a high-stakes fight continues over legislation to regulate Airbnb, the popular home-sharing service. Before and since the state Legislature passed the bill this Spring, the related lobbying battle has touched on various socioeconomic factors including tech entrepreneurship, the sharing economy, affordable housing, organized labor, and more.

Airbnb is now entering into the fray a new study, previewed by Gotham Gazette and to be released Friday, called “How Airbnb Can Support Low-Income Communities in NYC,” which indicates that New Yorkers in low-income neighborhoods are able to supplement their earnings in important ways as Airbnb hosts.

The report finds that Airbnb listings from low-income neighborhoods in the South Bronx, Harlem, and North-Central Brooklyn are growing at a faster rate than in the city as a whole, and that Airbnb income in these areas equates to nearly half the amount of aggregate public assistance cash directed to residents (not including non-cash support like food stamps). Company data shows “significant demand for accommodation in these neighborhoods and that home sharing is already a critical lifeline” for many residents.

The report comes as some city and state elected officials, aligned with affordable housing advocates and the major hotel workers union, organize in efforts to convince Gov. Cuomo to sign the bill that would greatly limit advertising of Airbnb rentals in New York City and argue that Airbnb rentals harm low-income New Yorkers by contributing to housing scarcity.

The legislation passed by the Legislature in June (A8704-C/S6340-A) would make it illegal to advertise entire home or entire apartmentment rentals for fewer than 30 days—a type of rental that comprises the majority of Airbnb listings in the city.

Airbnb representatives and supporters, including some elected officials, have called the bill an overreach, crippling to an essential element of the modern “sharing economy,” and the product of undue influence by special interests, like the hotel workers union.

Such short-term renting arrangements have been illegal under New York City’s multiple dwelling law since 2010, but advertising them remains legal. If the proposed bill is signed by Cuomo, posting an entire home renting arrangement for under 30 days on Airbnb could warrant a $1,000 fine for first-time offenders and up to $7,500 by the third violation. The governor has said he’s reviewing the legislation, but he has not taken a definitive position, so lobbying from both sides continues.

Anti-Airbnb efforts are being led by the “Share Better” coalition - the group has received funding from the New York Hotel and Trades Council, which represents hospitality workers who stand to gain from a more favorable climate for hotels. Efforts are being run by executives from Metropolitan Public Strategies who have connections to HTC.

One key issue for the anti-Airbnb effort and the bill before the governor is how much public pressure to put on Cuomo to sign the bill.

Those in favor of the bill argue that commercial operators abuse Airbnb to make millions from illegal short-term listings, citing a 2014 report by State Attorney General Eric Schneiderman that identified 72 percent of Airbnb listings in the city as being in violation of the city’s multiple dwelling law. In essence, the argument is that New Yorkers have been running illegal hotels.

While the AG’s report uses data from 2010 through 2014, which Airbnb calls significantly outdated, proponents of greater regulation say the illegal listings have grown since and have a negative impact on the city housing market, including much-needed affordable housing.

In an email to Gotham Gazette, Airbnb spokesperson Peter Schottenfels responded to those calling for the governor to sign the bill by pointing out that 96 percent of Airbnb hosts in New York only rent out one home, and that 78 percent earn “low, moderate, or middle incomes.”

“By failing to truly distinguish between commercial operators running illegal hotels and average New Yorkers who occasionally share their own homes, the 2010 law has failed to root out truly problematic actors,” Schottenfels wrote. “In fact, an estimated 9,000 New Yorkers avoided foreclosure or eviction last year because of the money [they] earned sharing their home.”

In July, 15 members of the New York City Council’s Progressive Caucus sent a letter to Cuomo, calling for “stopping the proliferation of illegal hotels that currently puts affordable housing at risk.” A spokesperson for the Caucus told Gotham Gazette that “a similar cohort” of Caucus members are involved in additional organizing efforts, which are said to include a broader group of officials.

Council Member Helen Rosenthal, a Manhattan Democrat who is part of the Progressive Caucus and has been a leading voice calling for further regulation of Airbnb, told Gotham Gazette that she wants Cuomo to sign the bill primarily to stop Airbnb from skirting the existing regulations.

“Airbnb knows that hosts break the law on their website, and yet Airbnb won’t take them off the website, and they could take them off very easily,” Rosenthal said. “They could ask, you know, ‘Are you renting your whole home or a room in your apartment?’ If the answer’s a room in your apartment, then, fine. If it’s your whole home, that’s not fine, that’s illegal.”

Rosenthal added that she and other legislators have worked with housing advocates and Share Better, who all say entire-home renting is contributing to a citywide housing shortage, citing 8,000 units that would otherwise be on the rental market.

Share Better and Metropolitan Public Strategies, a consulting and communications firm, have coordinated to publicize hotel and housing special-interest groups’ opposition to Airbnb, with the firm's Executive VP Austin Shafran acting as a spokesperson for Share Better. In the past, Metropolitan Public Strategies' CEO Neal Kwatra has served as a director for the Hotel Trades Council and as Chief of Staff to Attorney General Schneiderman before founding the firm in 2014.

In recent months both organizations have written talking points for City Council members. Rosenthal has drawn on Share Better points and worked with the coalition on an op-ed against Airbnb. "Share Better and I work together because we align on protecting affordable housing. I appreciate depth of data analysis and research they bring to the table," Rosenthal told Gotham Gazette.

Share Better also organized a campaign at the Democratic National Convention, trying to influence the public debate around regulating Airbnb, which, like other aspects the "new" economy and disruptive "innovations" like charter schools, has divided Democrats.

Airbnb warns further regulation will do more to harm homeowners than protect them, according to Schottenfels, who added that the company has already removed over 2,200 listings that it believes could affect the permanent housing market.

“They rushed to enact legislation that would fine middle class people thousands of dollars for sharing their homes occasionally,” Schottenfels of Airbnb wrote. “The new law threatens everyday New Yorkers with draconian fines, even for renting out their own home. Meanwhile, it does nothing to target commercial actors by distinguishing their activity from that of responsible home sharers.”

Now, the new report from Airbnb seems to echo a key argument that was made by Uber in its fight to fend off New York City regulations of its car-hailing service: that low-income New Yorkers, especially people of color, are benefiting from its existence. The report focuses on certain low-income communities in Harlem, Brooklyn, and the Bronx referred to as “revitalization areas”—which generate about 10 percent of total Airbnb income in the city—and highlights that revitalization area residents can increase their household income by renting out their home for three nights per month, on average.

For his part, Gov. Cuomo has not yet indicated whether he intends to sign the bill. When reached for comment, a spokesperson for the governor told Gotham Gazette that the bill “remains under review by Counsel's office."

The bill has not yet been sent to Cuomo’s desk. The Governor has until January to sign all bills passed in this year’s legislative session, but once he requests a bill from the Legislature, he has 30 days to sign it, veto it, or let it die by pocket veto.

Note: this article has been updated with additional comment from Council Member Rosenthal and clarification on her collaboration with Share Better.