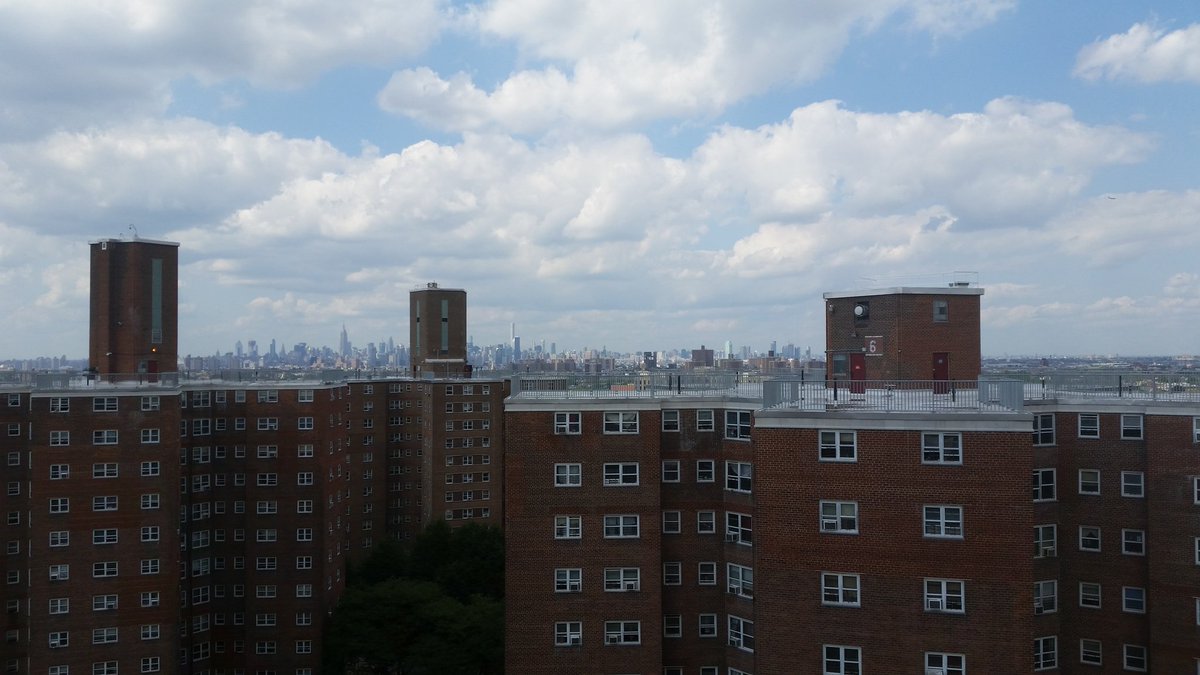 NYCHA and the city (photo: @ZodetN)

Since the January inauguration of Donald Trump as president, department heads and administrators throughout New York City government have been bracing for negative reverberations, with many expecting slashed federal spending and harmful policy rollbacks.

At least one city agency sees a potential silver lining. Shola Olatoye, the chair and CEO of the New York City Housing Authority (NYCHA) – the authority tasked with running public housing serving about 400,000 city residents – has sent a letter to the federal Department of Housing and Urban Development (HUD) with a list of regulations that the agency finds unnecessarily cumbersome or counterproductive.

The letter, dated June 14 of this year, was sent in response to a request for public comment by sent out by HUD as part of its efforts to comply with Executive Order 13777, “Reducing Regulation and Controlling Regulatory Costs” – Trump’s seventh, signed on January 30 – which is probably best known for requiring that for every new regulation issued by a federal agency, two others must be identified for repeal. The order also requires that, in most cases, agencies cannot issue regulations estimated to increase costs without offsetting that cost with other regulatory savings.

Olatoye mentioned that NYCHA was seeking federal regulatory rollbacks when asked about any potential positives for the authority under the Trump administration during an episode of the “What’s the [Data] Point?” podcast from Gotham Gazette and Citizens Budget Commission. “I strongly believe the federal government has an obligation—legal obligation—to continue to fund it, support it, and invest in it. Full stop,” Olatoye said of public housing.

“Can we use the, shall we say, bias of this administration towards the private sector, towards deregulation to help us? Absolutely, and we should. We have a three-page list of regulations that would allow us to move faster in the development process,” she added.

The letter, addressed to HUD’s Office of General Counsel, states that NYCHA “believes that many of HUD’s regulations are essential for the federal government to provide safe, quality housing for low-income households,” but adds that “NYCHA believes that through regulatory modifications HUD can increase the effectiveness of [public housing authorities’] core functions.”

The rationale is largely that red tape emanating from D.C. needlessly imposes onerous controls that raise costs and slows down NYCHA’s daily operations. For several specific regulations that NYCHA identifies, it states that required processes are either unnecessary or “less effective than local determinations.”

The recommendations to HUD encompass three broad categories: to “align with private housing industry practices to increase efficiency and further public-private partnerships”; to “utilize state and local data and knowledge to ensure HUD is responsive to market changes and to increase accuracy of HUD expenditures”; and to “reduce duplicative requirements, simplify approval processes, and increase flexibility to increase [public housing authority] efficiency, shift decision-making to the local level, and reduce HUD’s monitoring.”

Each of these is further broken down into particular areas, with lists and brief descriptions of specific active or forthcoming regulations that the agency wants reconsidered.

For example, a subsection under the state and local data subheading asks HUD to modify 24 CFR § 888.113 (e) – a reference to Title 24 of the Code of Federal Regulations, which delineates HUD regulations. That section deals with allowable data sources to determine what constitutes a fair market rent in an area; NYCHA would like HUD to allow the evaluation to take into account data compiled locally by public housing authorities (PHA) to more accurately gauge market conditions. Current standards call for the usage of the American Community Survey and local survey data collected through mail and phone surveys.

Many of the changes proposed by NYCHA would address grievances largely particular to a housing authority of its size and operational complexity (it is the largest PHA in North America, operating over 176,000 apartments in addition to managing the city’s Section 8 rental assistance voucher program). Like the market rent request, several would seek to transfer functions and processes to local control and move certain costs more in line with local standards.

In all there are just over 20 different regulatory stipulations and notices that NYCHA is requesting be modified. A review of the public database of comments submitted to HUD in relation to assessing regulations shows that the federal agency has received documentation from multiple public housing authorities, including the Philadelphia Housing Authority, San Diego Housing Commission, and the Illinois Housing Development Authority, among multiple others. NYCHA’s submission appears to be one of the longest, at 12 pages.

Brian Sullivan, a spokesperson for HUD, said the agency could not comment on whether any particular regulations have yet been identified as priorities for reexamination but that it was currently in the process of going through public comments and determining how to proceed.

A recent New York magazine article reported that the department under recently appointed HUD Secretary Ben Carson has shown itself willing to tear down much of its administrative apparatus. The department’s Region II, which includes New York and New Jersey, also has a new administrator, Lynne Patton – a longtime confidant of the Trump family and event planner with the Trump organization – though it is not clear what role she would play in the regulatory review.

See the full letter below: