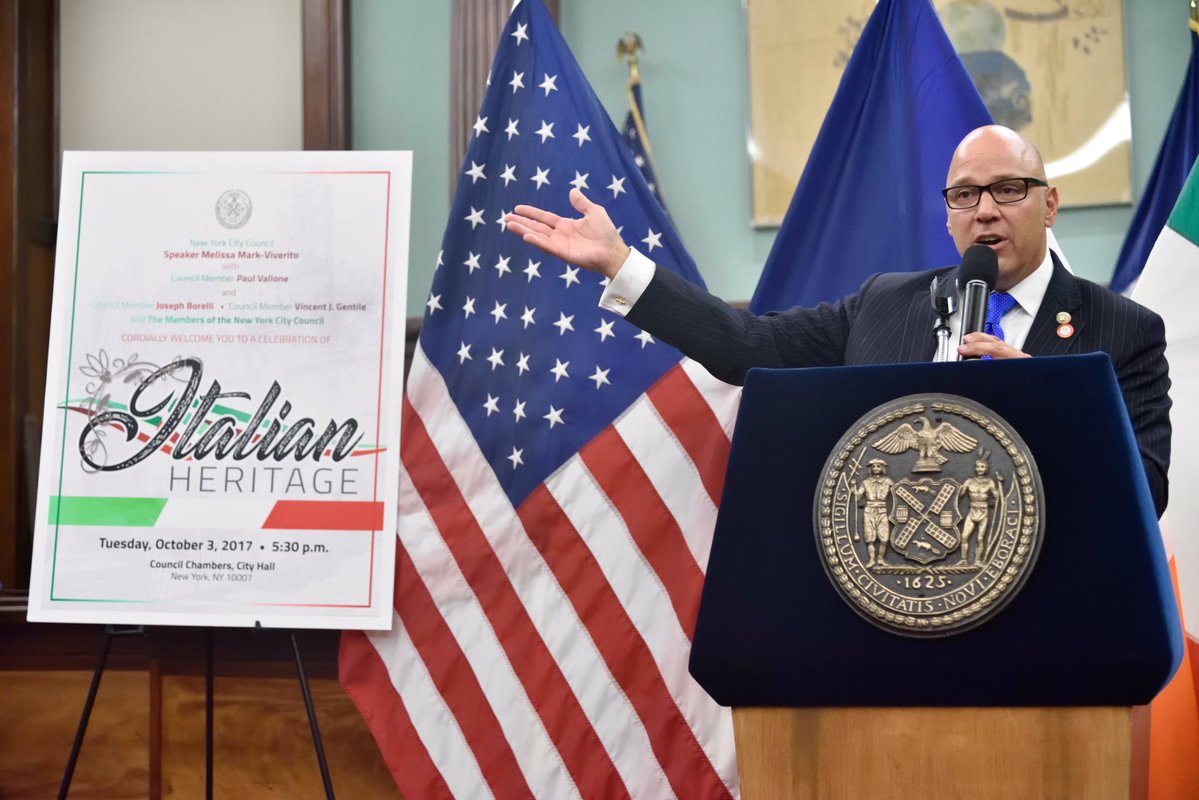 Legislation barring City Council members from making outside income will go into effect on January 1, forcing several sitting and incoming Council members to make tough decisions about their side jobs.

The regulations, which were linked to a significant pay increase for all city elected officials, including a salary bump from $112,500 to $148,000 for City Council members, were approved by Mayor Bill de Blasio and the City Council last year. Only three current City Council members, two of whom voted against the new restrictions, continue to be involved in their private sector businesses, and each is still in the process of figuring out divestment as mandated by the new law.

Council Members Peter Koo, Chaim Deutsch, and Paul Vallone -- all still in the process of being reelected to another term -- were required to submit letters to City Council Speaker Melissa Mark Viverito by March 1, 2016 indicating whether or not they intended to continue earning outside income and stating an intention to comply with the rules by the January deadline -- in time for the 2018-2021 Council session.

When reached by Gotham Gazette, each of the three Council members or a representative described legal and logistical complexities in divesting from or dissolving a limited liability company (LLC), resigning from a job, or recusing oneself from duties in anticipation of the deadline.

Meanwhile, some still question whether the Council should have gone to a near-complete ban on outside income (small allowances are provided for members who teach a college course, for example), or if the model should have been akin to the cap on what members of Congress are allowed to make outside of their governmental duty -- a small percentage of their salaries.

Vallone, a Democrat who represents District 19 in Eastern Queens, reported earning between $5,000 and $47,999 from his family’s law practice on his 2016 financial disclosure forms. In opposing the new outside income restrictions on Council members, he introduced a last-ditch amendment -- citing a statement made by good government group Citizens Union -- that Council members’ outside income should be capped at 15 percent of their Council salaries rather than eliminated. The amendment did not pass, and a spokesperson for Vallone said he is working with his lawyers to figure out how the rules apply to the family’s legal firm, which was founded by his grandfather Judge Charles J. Vallone in 1932, and where three generations of Vallones have since practiced.

Also a Democrat, Deutsch represents the 48th Council District, in Southern Brooklyn, and currently makes between $100,000 and $250,000 a year through a real estate management company he owns. He said he intends to shut down the business by January, but has not yet determined the process for doing so.

“It’s going to take some time to shut down the corporation. I don’t know exactly what the process is,” said Deutsch, who voted against the bills. “What I do know, is that I’m not accepting any more managing fees. I could keep the corporation open for the next five years, and maybe reopen it after term limits. But I will not be receiving the outside income.”

Deutsch, like Vallone and Koo, will be term-limited out of office at the end of 2021 if successful on Election Day this year, which each is expected to be.

Koo is a Democrat who owns a chain of pharmacies and represents the 20th Council District in Queens. He reported making between $60,000 and $99,999 as the president of a pharmacy, and another $5,000 to $47,999 at another pharmacy. He did not respond to multiple requests for comment, but he was the only one of the three who voted in favor of the legislation.

Other newly elected Democratic nominees for the City Council said that they had already quit their jobs to focus on their campaigns and that they have no intentions to returning to work before January.

“I quit in 2017 in April to be a full-time candidate,” said Keith Powers, who won a crowded District 4 Democratic primary and is the favorite to win the seat in November. “No matter what job I had at the time, I would have given it up; you want to make sure you have all the time to talk to voters.”

Like Powers, most candidates for City Council either leave their jobs entirely or take a leave of absence for the key months of the campaign.

Powers, a former government aide and, more recently, lobbyist who ran partly on a reform and transparency platform, said he hopes that the City Council rules can be a model for the state Legislature, where the salaries are far lower but the outside income restrictions are minimal and the job is considered part-time.

“You should be fully committed to the job that you’ve been elected to for the district. In the district that I am in, I don’t know how you would even have time to do both,” Powers said.

State government appeared to be moving toward pay raises for state legislators and others in government last year, but the process was stalled amid disagreements among Governor Andrew Cuomo, members of the Legislature, and appointees to a special panel tasked with determining pay raises and, potentially, other reforms to the relevant jobs. Legislators haven’t had a salary increase in nearly 20 years, with base pay stuck at $79,000, though many legislators receive additional bonuses as well as per diem payouts for trips to Albany.

There were and continue to be criticisms about the requirement that City Council members relinquish virtually all outside income. Some stemmed from concerns that an outright ban on outside income could discourage small business owners from running for office, according to Council Member Ben Kallos, who co-sponsored the legislation and chairs the governmental operations committee. The bill was tweaked to make allowances for passive income and would not force electeds to dissolve their business entities completely.

“It’s just what we could reasonably expect from people. So, if somebody has spent their career as a small business person, and brought that small business experience to the City Council,  which can be invaluable…,” said Kallos. “After four years or eight years, [that person] could return to their community, and continue doing what they did to begin with.”

Rather than stripping a small number of elected officials of their non-governmental livelihoods, the goal was to ensure that Council members focus on their districts full-time, and to avoid any real or apparent conflicts of interest.

“It is a concern for me that someone with business before the city could hire a member of the City Council in the hopes of gaining influence,” said Kallos, who represents Manhattan’s 5th Council District.

Kallos said that before taking office in 2014, he personally retired from the practice of law in three states and dissolved LLCs for companies he had started. He said he is still in the process of dissolving several non-profits he created.

“All of them have had, literally had no business since I got elected. But, it can be a complicated and weird, long process,” he said.

While dissolving these entities is not required by the bill, Kallos said, “I felt that as the author of the law in question, I have to set a good example and go one step further than the law requires.”

Certain passive income, such as interest, dividends, rent, annuities, capital gains, copyright royalties, or retirement payouts are acceptable under the new rules. Council members may also accept compensation for speaking engagements or artistic performances, with advance approval by the Conflicts of Interest Board (COIB), and income for teaching an accredited college course, “so long as such compensation does not exceed that normally received by others at the institution for a comparable type and amount of instruction.”

The language also leaves room for jobs drawing “minimal income, involving a limited time commitment,” with advance approval by the Office of General Counsel, as long as the role does not interfere with the member’s official duties.

The pay raise at the City Council may have helped attract a number of candidates from state government, where legislative salaries have been frozen since 1999. But, the new city guidelines can also create complications for an Assembly member and state senator earning outside income on the verge of election to the City Council. Three state lawmakers won Democratic City Council primaries in September and are either heavily favored or guaranteed to win the seat in November.

State Senator Ruben Diaz Sr., who won the primary for Council District 18 in the Bronx, earns between $5,000 and $20,000 for his role as pastor at the Christian Community Neighborhood Church, which he founded, according to his most recent financial disclosure forms. Diaz Sr. could not be reached for comment.

Assemblymember Mark Gjonaj, who won the primary for Council District 13 in the Bronx, has earned between $75,000  and $100,000 from a real estate brokerage firm he owns with a family member. A spokesperson for Gjonai said he has started the process with his lawyers and accountants to take the necessary steps to comply with city law.

“It's difficult for him to comment, because he's learning himself about that process,” said Jennifer Blatus, a spokesperson for Gjonaj. “I can say that it’s something the Assemblyman is happy to do in order to better serve his constituents.”

Assemblymember Francisco Moya, who won the primary in Queen’s 21st Council District, receives between $5,000 and $20,000 in rental income, according to his state disclosure filings, and will not be obligated to give up the income.