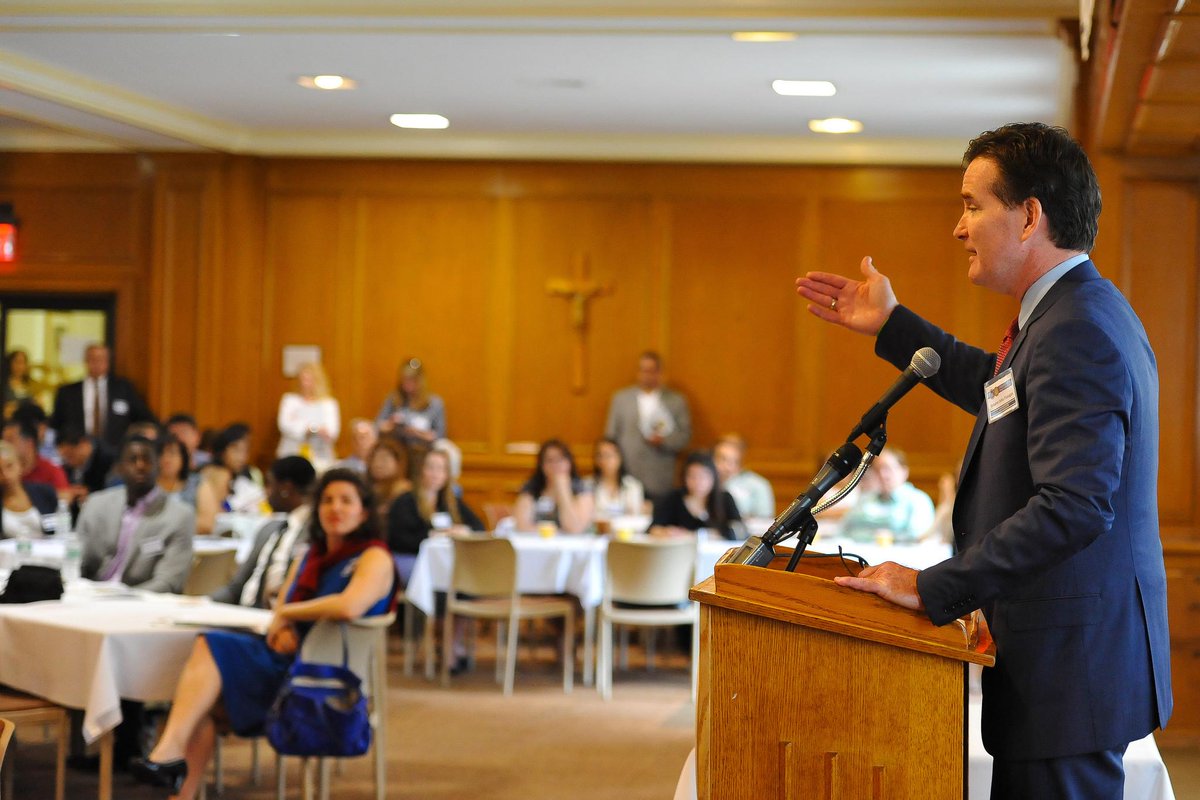 The New York State Senate leadership’s attempt to revamp its sexual harassment policy is drawing criticism from advocates and lawmakers.

Ordered by Senate Majority Leader John Flanagan, a Republican from Long Island, the rewrite enhances protections but also adds a seemingly gratuitous line warning that falsely accusing someone is a “serious act.” It comes amid a national reckoning about workplace harassment, including in government, but also follows a claim made against one of the leading members of the state Legislature, Senator Jeff Klein. Klein, whose Independent Democratic Conference forms a ruling coalition with the Senate majority Republican conference, has vehemently denied forcibly kissing a staff member outside a bar in 2015.

Democratic Senate Minority Leader Andrea Stewart-Cousins, the only female leader of a state legislative conference, expressed dismay at the changes in a statement, saying that the warning to false accusers is evidence that the Senate leadership is not serious about combating sexual harassment.

“To emphasize the punishment for filing a false report while not emphasizing the seriousness of sexual harassment is exactly the type of intimidation that has silenced so many through the years and encourages perpetrators to attack accusers,” said Stewart-Cousins.

Other criticisms of the document center around its use of the word "may" rather than "shall" in places, weak anti-retaliation language, and its failure to designate an independent person to report misconduct to.

These seeming gaps are drawing questions about the motivation for the policy rewrite and who was involved in drafting it. Spokespersons for the Republican conference and the IDC did not respond to a requests for comment on the matter, but Senate Democrats, three of whom serve on the Senate ethics committee, said they were not consulted.

“It just showed up in my staff email two nights ago... I don’t think I even got a direct copy,” said Senator Liz Krueger, who is known for her outspokenness on sexual harassment, during a recent appearance on The Capitol Pressroom radio show. “We could have told them everything that was wrong with it, but no one sought [our advice] in advance.”

An attorney who is frequently contracted to investigate discrimination and harassment claims involving the Senate, said she also had not been consulted, having not seen the documents until Gotham Gazette sent them to her.

“I learned about the new policy when I read about it in the newspaper,” said Pearl Zuchlewski, founding partner of Kraus & Zuchlewski LLP, which has been paid $198,485 by the Senate to investigate personnel claims in 2016 and 2017, according to New York State Comptroller records.

Senate Republicans stand behind the policy change, with a spokesperson saying that “the Senate has taken a strong policy and made it even stronger” and noting that the new version adds more examples of what constitutes sexual harassment, giving employees the ability to report an incident directly to the Senate's personnel officer and making clear that retaliation will not be tolerated.

“The false complaint provision that is being referenced by Senator Stewart-Cousins existed previously and has not been changed in any meaningful way. It is and always has been wrong to make a false complaint,” said Maureen Wren, a spokesperson for Senate Republicans.

While Wren would not provide details of who was involved in drafting, editing, and approving the new harassment policy, Flanagan has repeatedly said recently that he hired an outside firm to work on it, but much remains mysterious about the process.

"I asked for an independent review, we hired outside counsel, we strengthened what we do already in the Senate. I was proud of the work that we did before, we took what we did and just made it better," Flanagan said during a question-and-answer session of a Crain’s New York Business appearance January 25. “Everyone should feel comfortable in their work environment,” he added.

One of Governor Andrew Cuomo’s State of the State proposals, which reflects similar legislation proposed by Assembly Member Sandra Galef, aims to create a uniform sexual harassment policy for all government employees, including all three branches of state government.

Currently, the Senate policy covers complaints made against employees of the Senate and the Assembly’s policy covers complaints made against Assembly members and staff, with specific protocol depending on whether a complaint is made against someone working at the Legislature or in district offices. The state’s Joint Committee on Public Ethics, which is made up of Cuomo and legislative appointees, can also investigate a misconduct complaint on its own or with a formal referral from a government entity. Cuomo has proposed adding resources to JCOPE so that it can more quickly and ably conduct misconduct investigations.

Klein asked JCOPE to investigate the claim against him and has indicated such an investigation is underway. Flanagan said the Senate would not investigate because the accuser, Erica Vladimer, had not made a formal complaint within the body.

For example, the section that recommends complainants first communicate their discomfort to the offending party and ask that the behavior stop, now mirrors an italicized line in the Assembly policy emphasizes that while “self help” is recommended it is not required. Another amendment that reflects the Assembly policy, specifies that the claim that alleged misconduct “meant no harm” or was “just a joke” is not an excuse.

However, if the impetus for the policy change was to create more parity between the two legislative houses, a side-by-side reading of the Senate and Assembly sexual harassment policies suggests there is still a long way to go, according to Alexis Grenell, a frequent commentator on government reform and gender issues, and a Democratic political consultant.

"The Senate policy is a weak imitation of the Assembly version, which is much closer to model language and includes no such warning against false reporting,” said Grenell. “No one wants to be sexually harassed or put themselves through the added stress of an investigation, which is why false reporting is so unusual. It's a red herring problem intended to discourage reporting."

“I would call it a glaring omission -- a real statement as to the values and priorities of the Senate majority,” said Hoylman, noting that statistically transgender people of all groups are most likely to be targeted in hate crimes.

Hoylman is the prime sponsor of GENDA, or the Gender Expression Nondiscrimination Act -- which seeks to extend sex discrimination protections to people discriminated against on the basis of gender identity, expression, or transgender status -- but the Senate majority has prevented the bill from reaching the floor.

Many of the gaps cited in the old policy remain in the new version. For example, while the Assembly policy instructs complainants to report incidents to an independent counsel that has been retained, the Senate policy does not provide this avenue for individuals to report misconduct.

If the complaint concerns any of those officials, or the complainant is uncomfortable making a report to any of these individuals, he or she may go to the Senate Personnel Officer, or the Secretary of the Senate.

“The concept that you should somehow first report it up the line internal to your office, when the line always goes to a senator, and/or then go to the staff of the majority leader -- also a senator, who frankly has even more reason to want to protect members and the ‘institution’ -- is just wrong,” said Krueger on Capitol Pressroom.

“I actually think this new policy is worse than the old policy and I don’t understand how in 2018 people don’t understand what the problem is and how we can address it,” said Krueger, a Manhattan Democrat.

When describing who will conduct the investigation should one unfold, the language in the Senate policy leaves up to the discretion of Senate leadership whether to hire an independent investigator, by using the word “may” rather than “shall.”

Despite that language, Republicans say that sexual harassment complaints within the Senate are handled independently and that it has been the practice for years.

By contrast, the Assembly policy indicates that the investigation “shall” be conducted by outside lawyers retained by the Assembly, and offers more detail for protecting the confidentiality of all parties involved as well as witnesses interviewed.

“Once you get into the question of what’s going to happen if there is a problem, this policy is not nearly as strong and clear as it needs to be,” said Susan Lerner, executive director of reform group Common Cause, on The Capitol Pressroom last week, speaking with Senator Krueger with host Susan Arbetter.

Other changes to the Senate policy include the addition of a 30-day time limit for both the accused and the accuser to appeal a decision.

The Assembly policy, which also includes a 30 day appeal time limit, has also been praised for taking steps to protect the privacy of accusers when they come forward and ensuring that they do not face retaliation by specifying harsh penalties for such behavior. The Senate’s two-paragraph anti-retaliation section is less specific.

The Assembly approach is not without question. In late 2017, Republican Assemblymember Steve McLaughlin was sanctioned by the Assembly ethics committee for allegedly asking a female Assembly aide for nude photos, lying about it, and then leaking her name to colleagues in the Legislature. At the time, questions were raised about the length of time it took for the investigation to unfold, as by the time McLaughlin faced disciplinary action, he was already on his way out of the Assembly, having been elected Rensselaer County Executive earlier that month.