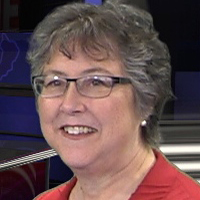 Susan Lerner of Common Cause/NY is one of the leading government reform advocates and activists in New York. With a recently-passed state budget largely missing any ethics, campaign finance or voting reforms, and a slate of special elections scheduled for next week, Lerner joined the podcast to discuss what is broken and how it should be fixed.

Lerner explains that the political parties have a "stranglehold" on elections in New York, that the state Legislature is clearly not doing the will of the people on key issues like voting and bail reform, and that state government is being "unresponsive" to the plague of corruption.

Lerner also weighs in on issues in New York City around the recently-called charter revision commissions, one by the mayor and one by the City Council, calling it "absurd" that there will be two and expressing hope for a merger. Beyond criticism, though, Lerner provides many thoughts on what should be happening in New York.

Listen to the full conversation and let us know what you think -- we're on Twitter @TweetBenMax and @JarrettMurphy. You can listen to the episode through the embedded audio below or download the episode wherever you get your podcasts.