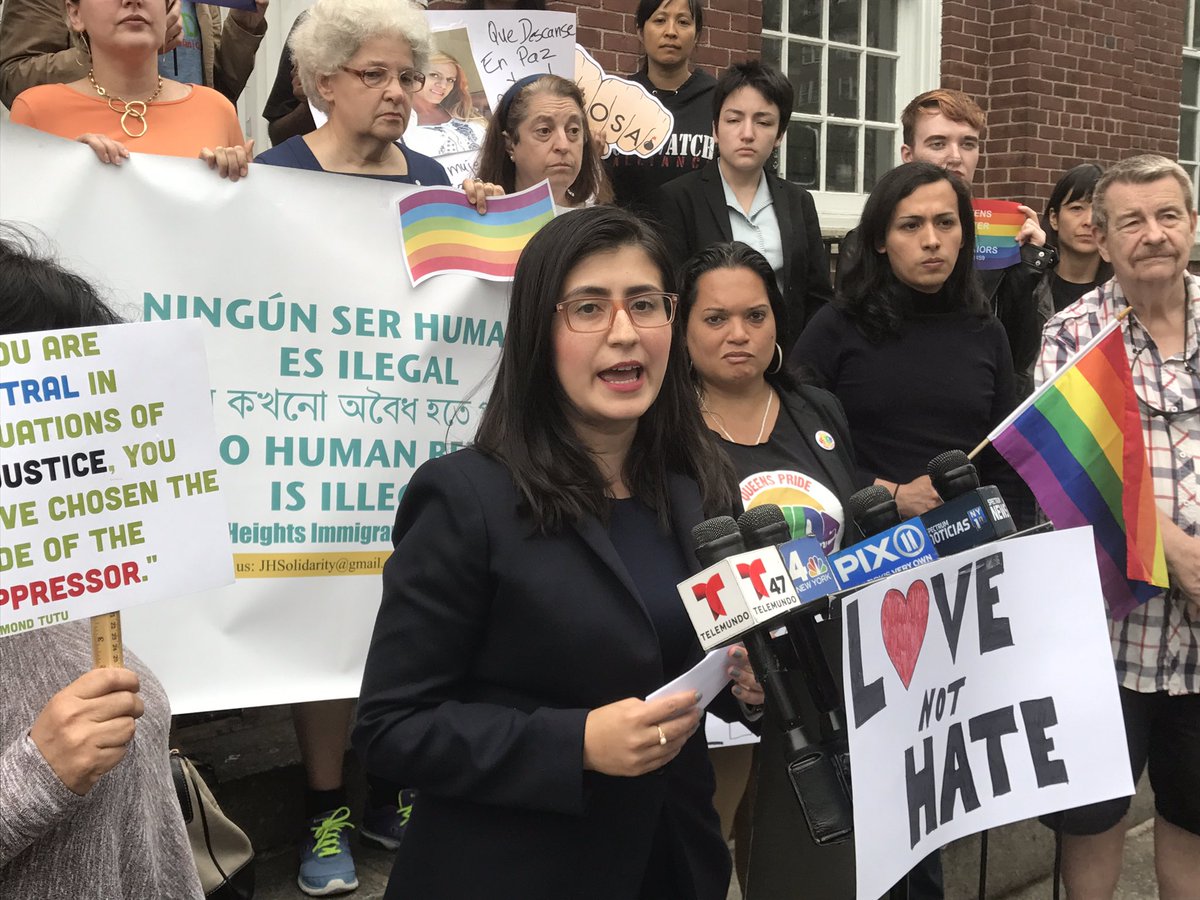 When state Senator Jose Peralta joined the Independent Democratic Conference at the beginning of last year, he became the latest Democrat to sever ties with his own party and become part of a coalition with Republicans, a move that further consolidated GOP control over the upper chamber of the state Legislature and enraged many Democrats. Fast forward a year and a half, and after considerable criticism and facing primary challengers in this year’s elections, the IDC dissolved its breakaway faction and rejoined the mainline Democrats in a deal brokered in part by Governor Andrew Cuomo, another Democrat facing a primary challenge from his left after being accused of propping up the IDC and Senate Republicans.

But the “unity” deal did not dissuade the primary challengers, nor did it stem the tide of grassroots organizations backing them.

On Tuesday, Make the Road Action, an advocacy group representing the interests of Latino, immigrant, and working-class communities, is endorsing Jessica Ramos’ bid to unseat Peralta in the Democratic primary for Queens’ District 13, which will be voted on September 13. In explaining its endorsement of Ramos, the group notes her track record as a community organizer as well as her progressive platform, which promises to fight for issues like immigrant rights, affordable housing, and public school funding.

In the time leading up to the election, Make the Road Action plans to canvas for Ramos by activating thousands of members to engage voters in the district by going door-to-door and phone-banking. On Tuesday, the group will participate in a walking tour of the district’s public schools with Ramos, gubernatorial candidate Cynthia Nixon, and City Council Member Jimmy Van Bramer, both of whom have also backed Ramos.

“Jessica Ramos has made it clear that she’s ready to fight for our community,” said Ruth López, a member of Make the Road Action, in a statement.

The Senate district -- one of 63 across the state and one of eight represented by former members of the IDC -- encompasses parts of northern Queens. Peralta is in his fourth two-year term as a senator.

Make the Road Action’s endorsement is the latest in a series for Ramos, who is seen as having among the best chances of the challengers taking on former members of the IDC. The challengers and their backers call the previously rogue senators things like “Trump Democrats” for their partnership with Republicans in Albany. Ramos has also been endorsed by advocacy groups including the Working Families Party and Our Revolution, by Nixon, who is challenging Cuomo in the primary, and by Comptroller Scott Stringer, City Council Speaker Corey Johnson, as well as Queens City Council Members Van Bramer and Costa Constantinides.

“They deserve a partner in the State Senate who is a real Democrat and will lead on measures to help workers and immigrants thrive,” Ramos said in a statement, referring to Make the Road Action, its members, and the Latinos, immigrants, and workers it represents. “I will be that partner.”

Ramos formerly served as the Director of Latino Media for Mayor Bill de Blasio and as the Democratic District Leader in the 39th Assembly District from 2010 to 2014.

A key pillar of her campaign against Peralta is that the IDC empowered Republicans, helping to keep Democrats from the majority and blocking progressive legislation. IDC members, on the other hand, have argued that they’ve been able to push the Senate Republicans to adopt some progressive policies and that they have been able to deliver more resources to their individual districts.

In particular, Peralta’s move to the IDC last year garnered backlash because of his sponsorship of the DREAM Act, a bill that would allow undocumented students access to college financial aid. Republicans have opposed the bill, raising questions about Peralta’s rationale for working with the IDC and its GOP partners.

In an April interview with City & State, Peralta defended his break with mainline Democrats by citing how the DREAM Act failed to pass by a count of two votes in 2014 because of the internal opposition of two Democrats. “I need to exhaust every opportunity and every avenue to make sure that we can pass these pieces of legislation that are landmark legislation,” he told City & State. The former members of the IDC have pledged that the breakaway conference is over for good, even if Democrats don’t swing enough seats this November to take majority control of the Senate, and thus both houses of the Legislature (the Assembly is controlled by Democrats by a wide margin).

Make the Road Action’s endorsement of Ramos points to immigrant-advocates’ dissatisfaction with Peralta, of particular interest in the immigrant and Latino-heavy district the two candidates are vying to represent. The winner of the primary is virtually assured of winning the general election in the Democrat-dominated district.

“We are proud to endorse her today,” López said of Ramos, “and we’ll do everything we can to get her elected.”