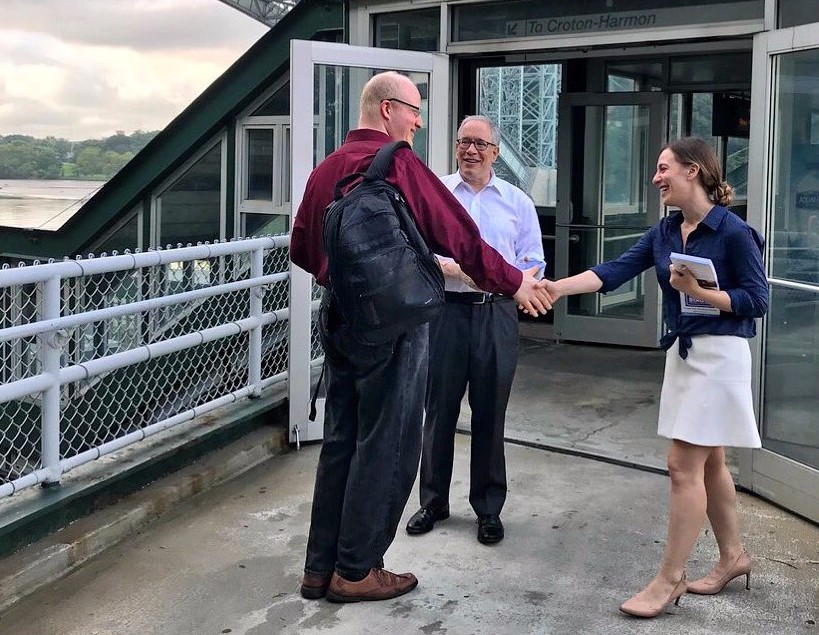 Though the entire New York State Legislature -- 150 Assembly seats and 63 Senate seats -- is on the ballot this year, there is a small number of competitive races to be decided during next week’s primary election on Thursday, September 13. In several key districts, mostly in New York City, insurgent challengers are attempting to unseat sitting Democrats in a sweeping effort to shake up state government, prompting the incumbents to raise and spend money accordingly. All the candidates filed the last round of pre-primary campaign finance disclosures this week with the state Board of Elections, showing their activity between August 9 and 31.

In eight Senate districts, six covering parts of the five boroughs, Democrats who once represented the now-defunct Independent Democratic Conference (IDC), a rogue faction that shared power with Republicans for seven years, are fending off spirited challenges. The former IDC Senators are Tony Avella of District 11 in Queens, Jose Peralta of District 13 in Queens, Jesse Hamilton of District 20 in Brooklyn, Diane Savino of District 23 in Staten Island and Brooklyn, Marisol Alcantara of District 31 in Manhattan, Jeff Klein of District 34 in the Bronx and Westchester, and David Carlucci of District 38 and David Valesky of District 53, both of which are outside New York City.

A few of the senators received new contributions from the Senate Independence Campaign Committee (SICC), which was set up by the Independence Party and the IDC but was recently ruled to have violated state law. Based on a judge’s ruling, the leadership of the SICC altered its registration, getting into compliance. But, the Board of Elections enforcement counsel, Risa Sugarman, insisted that earlier donations that were over the legal limit should be refunded, but the former IDC members have refused. A deadline set by Sugarman came and went and it remains unclear if the committee or the senators themselves could face any legal action. Their opponents did vow to sue if the BOE did nothing, but have not made any moves either.

There are a few other races as well where incumbent Democratic Senators Simcha Felder of District 17 and Martin Dilan of District 20, who weren’t members of the IDC, face similar primary challenges. And in Brooklyn’s District 22, two Democrats are competing in the primary to eventually challenge Senator Marty Golden, a Republican, in the general.

Robinson, on the other hand, has raised little, raising questions about her ability to run an effective challenge. She has raised barely $5,400 and spent just under $1,600 since entering the race. She has also failed to file the last two required campaign finance disclosures.

Senate District 31
Senator Alcantara is facing former City Council Member Robert Jackson, who was among the candidates that she beat in the primary for her seat two years ago in a very tight finish. Alcantara raised $172,000 and spent $148,000 in the latest filing period, and has about $61,000 in cash on hand. She too received a massive SICC donation of $125,000. So far, she has raised a total of nearly $342,000 and spent about $623,000 on her reelection.

Senate District 34
Senator Klein, who headed the IDC until its dissolution and is now the deputy leader of the Senate Democratic conference, faces a tough primary challenge from Alessandra Biaggi. Klein once controlled the SICC, which sent him $100,000 in the latest filing period.

Though Biaggi is not nearly as well funded, she has the backing of several progressive activist groups, elected officials, and 32BJ, the prominent labor union, all of whom have been actively hitting the ground in the district to build groundswell support.

Other Races To Watch

Senate District 17
Senator Felder is a conservative Democrat who votes with Republicans and has refused to join the mainline Democratic conference. Elected from a district with a large Orthodox Jewish population, Felder is widely expected to coast to reelection. He only raised $6,600 and spent a little less than $13,000 in this filing, and has $606,000 in cash on hand. In total, he has raised $511,000 and spent $189,000 for his reelection.

Dilan’s challenger is Julia Salazar, a young card-carrying democratic socialist who has recently courted controversy over her conflicting statements about her personal history. Salazar raised nearly $43,000 and spent $64,000 in this filing, and has $72,000 in cash on hand. In total, she has raised about $226,000 and spent $142,000.

Golden, who is not required to file a primary disclosure since he does not have an opponent, had $485,000 in cash on hand according to his most recent disclosure in July. He has raised a total of $782,000 and spent $707,000 already this election cycle.