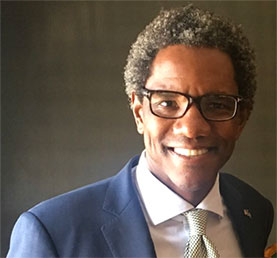 Keith Wofford, the Republican nominee for Attorney General, joined the show to discuss his platform for assuming the role of the state's chief legal officer, outlining a vision very different from his main rival, Democratic nominee Letitia James. A first-time candidate for office, Wofford explained his resume and his top priorities for the job of Attorney General.