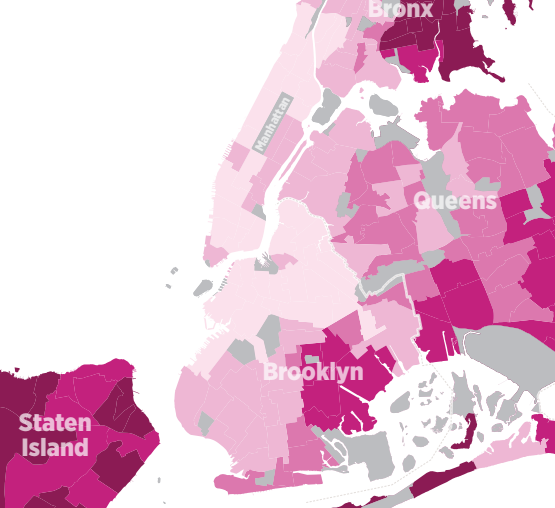 The data point for today is 1981, the year in which the State Legislature enacted S7000A, the landmark bill that formalized the current property tax system for New York City. A response to the Hellerstein case, which found the system was in violation of State law, S7000A essentially codified the status quo.

In doing so, it established a system of property classification, fractional assessments, caps, phase-ins, and class shares that is still with us 37 years later. These structural features and statutory requirements are the root of the system’s inequities and complexities. A home worth $500,000 can face the same tax bill as a home worth $1.5 million, while the value of a condominium unit, according to the City, is a fraction of its sale price. In fact, some buildings have values that are below the sale price of individual units. And commercial and rental property faces a higher average property tax burden than 1-, 2- and 3-family homes.

These inequities and problems have led to repeated calls for reform, including pending litigation. This past May, Mayor de Blasio and Speaker Johnson formed the Advisory Commission on Property Tax Reform. In September, the Citizens Budget Commission, the Regional Plan Association, and NYC Robert Wagner School of Public Service held a panel to discuss the problem, inequities and potential reforms