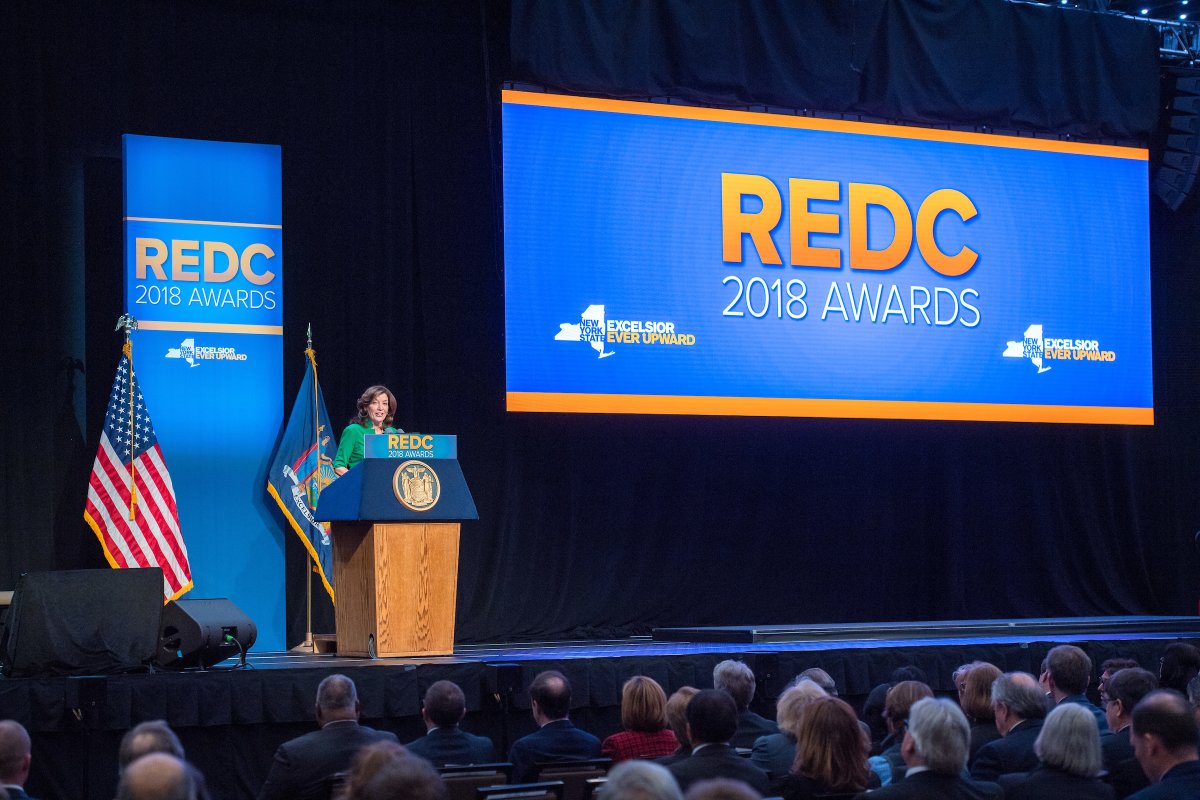 In a recent radio interview, Lieutenant Governor Kathy Hochul highlighted the elements of Governor Andrew Cuomo’s newly-unveiled 2019 agenda that she plans to have a significant role in passing. Hochul also discussed and defended the administration’s Regional Economic Development Council program, explained her role co-chairing the new Childcare Viability Task Force, and discussed the timetable for a statewide $15 minimum wage.

As a guest on the Max & Murphy show on WBAI, Hochul zeroed in on the section of Cuomo’s agenda, which he outlined during a speech two days prior, concerning the lives of women. She hopes to help see the state codify Roe v. Wade abortion protections in the next session, to make sure contraception care is covered by health insurance, and to pass the equal rights amendment as part of the state constitution. “Something that is embarrassing that we have not done in our state is, actually, pass the Equal Rights Amendment, something we’ve been talking about for over a hundred years in this state,” she said.

Hochul also mentioned her work on the state’s plan to protect New York’s healthcare system from federal government efforts to end coverage for those with pre-existing conditions. She affirmed a Cuomo administration commitment to protect the coverage of pre-existing conditions for all and to “get prescription drug costs under control.” When outlining his legislative agenda on December 17, Cuomo included several elements related to health care coverage, such as codifying the state’s health insurance exchange that is part of Affordable Care Act programming.

Hochul called it “A very bold and ambitious agenda,” adding, “I love being part of an administration where we take on the big challenges. Nothing is too much for us.”

Other elements of the agenda Cuomo outlined include legalizing recreational marijuana, passing congestion pricing program for New York City, crafting a “Green New Deal” for New York, and much more.

In the interview Hochul also discussed the goals for the $763 million in state funding allocated through the Regional Economic Development Councils, which she chairs, in its 2018 round eight, and addressed criticism alleging a lack of transparency in the allocation process and a lack of clarity around effectiveness of the grant program in terms of the jobs it creates.

She said the Cuomo administration’s primary objectives with the REDCs are economic development and job creation. For example, she said the funds would be used for workforce development in underserved areas, job training, and revitalizing main streets in communities throughout the state.

“We’re making a difference, and the jobs are coming back,” Hochul said. “We have over 8.1 million jobs here in the state of New York. That is the largest we’ve ever had in our state’s history.”

This year’s $763 million will be split among 10 different regions of the state, each of which submitted proposals in the annual competition. The amounts allocated to each region range from $66 million to $88.2 million, the most being awarded to Central New York. The initiative will fund 1,055 projects statewide, Hochul said.

The program was created by Cuomo in 2011, his first year in office, and has been at the heart of the governor's plan to jump-start the economy, especially in areas of the state that have struggled the most. Overall, the program has allocated $6.1 billion for 7,300 projects, and created 220,000 jobs, according Hochul.

“It is no longer Albany dictating where the money goes, it is really bottom up,” Hochul said. “And that is what is really transforming New York, upstate in particular.”

The REDC program is not without detractors. Critics, including outside watchdog organizations and elected officials, have cited both a lack of transparency in the process of how taxpayer funds are spent and a lack of specificity in terms of job-creation reporting.

Both the Citizens Budget Commission and Reinvent Albany have criticized the REDC program, questioning whether people can clearly see the REDC grants, recipients, and results, especially job numbers. Reinvent Albany criticized the 2018 awards for only allocating roughly half of the money in the form of state grants, with the other half in Excelsior Job Credits and Tax-Free Bonds. She highlighted that the $763 million advertised by the program is not actually representative of the total grant money allocated. It called the program “essentially a publicity framework for the governor to award dozens of small and large batches of state funding from very diverse sources in a game show format.”

Hochul defended the program, stating that all the information about the projects can be found online. “It’s crystal clear where the money has gone, and how it’s been allocated,” she said, though she did admit that she wasn’t sure if the job information was available, which it is not. She sought to assure New Yorkers that she and the governor are “careful stewards of the taxpayer dollar.”

Asked about the Childcare Availability Task Force that was recently announced by the Cuomo administration, and which Hochul is co-chairing, the Lieutenant Governor said the task force is intended to develop solutions for the lack of affordable child care across the state. Addressing this need will help allow women to meet their earning potential, Hochul said. She said the task force would conduct research on how best to tackle a deficit in affordable childcare. Hochul stated that the taskforce would advocate for the inclusion of child care resources in the workplace and to reevaluate how much childcare workers are paid. Hochul added that it is nearly impossible for a single mother to raise children while paying for child care on a minimum wage, which, she said, has created a crisis.

On the minimum wage, Hochul was asked about the timeline for reaching $15 an hour for all of New York State. The program is being implemented in regional stages, with New York City set to hit $15 at the being of 2019. But the timeline for upstate is less clear, with the original schedule, which was agreed upon in the 2016 state budget that passed the current phase-in, did not include a definitive timetable. This despite the fact that Cuomo and others regularly say the state has a $15 minimum wage.

Hochul was adamant that “there is a path” that gets the wage to $15 statewide. But citing different variables in the cost of living for different regions of the state, she stated, “It will eventually get to $15 throughout the state, I believe that.”

[Listen to the full interview with Lieutenant Governor Kathy Hochul]