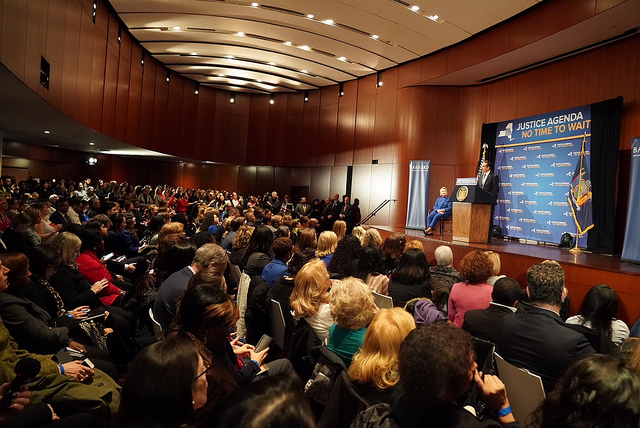 A legally-mandated state commission that was meant to examine the challenges in counting New York’s population for the 2020 Census and craft recommendations to achieve an accurate count has not been named despite having already missed a January 10 deadline for issuing its initial report.

Last year, Governor Andrew Cuomo and the state Legislature included in the state budget a measure to create the New York State 2020 Complete Count Commission, a 16-member body charged with studying the reasons for past census undercounts and plotting ways to improve performance in the high-stakes effort. By January 10 of this year, the commission was supposed to issue a report on those causes and lay out a comprehensive plan, along with budget projections, for ensuring an accurate count in 2020.

But the commission hasn’t been created, nor did the governor propose any funding for census efforts in his executive budget proposal released on January 15.

Cuomo only mentioned the census sparingly in his State of the State speech that day, celebrating the fact that a federal judge ruled in favor of the lawsuit led by the New York Attorney General’s office against the inclusion of a citizenship question on the census. “Now let's go out there and count every New Yorker so we get what we deserve in the state of New York,” Cuomo said, without outlining any other details of the state’s census efforts.

The upcoming census is expected to be a particularly challenging effort for states as the federal government is putting far fewer resources than experts say are necessary to fully count the population of the entire country as required by the constitution every ten years. New York already has its fair share of challenges.

The state is home to many “hard-to-count” communities, where at least a quarter of the population does not self-respond to the census questionnaire. This is particularly true for immigrant communities with sizeable undocumented populations, where fears of interacting with federal authorities has been heightened under the Trump administration. There have also historically been other hard-to-count communities, including low-, middle- and upper-middle income African-Americans.

The 2020 Census will also be the first to mostly employ digital technology, another obstacle, especially in rural communities with limited access to the internet and among older people. An undercount can be disastrous for New York, with consequences ranging from cuts in federal funding -- New York receives as much as $80 billion each year -- and the loss of congressional representation. Due to population loss the state is projected to lose at least one congressional seat, with possibly another on the line depending on the count. After the 2010 Census, New York lost two congressional seats.

“We have yet to receive all recommendations from appointing bodies for the commission,” said

Hazel Crampton-Hays, a spokesperson for the governor, in an email. “We are hopeful that the new Senate Majority will be more committed to the census effort.”

A spokesperson for Senate Majority Leader Andrea Stewart-Cousins did not respond to a request for comment. Mike Whyland, a spokesperson for Assembly Speaker Carl Heastie, said in an email that the speaker appointed three individuals in August, though he did not name the members or provide any further details when asked. Assembly Minority Leader Brian Kolb’s spokesperson did not provide comment.

The governor’s office did note that the state has launched an effort to ensure the accuracy of census address data, which Gotham Gazette reported on in December. “In 2019, Governor Cuomo will launch a comprehensive campaign to protect the integrity of the 2020 Census and to ensure that every New Yorker is counted,” Crampton-Hays added.

New York City, meanwhile, is forging ahead with its own census efforts. Mayor Bill de Blasio allocated $4.3 million in funding in the current year’s budget for the census and is expected to add more in the budget for the 2020 fiscal year, which begins July 1 of this year. Earlier this month, de Blasio also announced that Julie Menin, the commissioner of the Mayor's Office of Media and Entertainment, would take on a new role as Director of the Census for the city.

Community advocates are worried that the state is not taking the 2020 census seriously. The New York Counts 2020 coalition, made up of nonprofits and community-based organizations from across the state, commissioned a study by the Fiscal Policy Institute that estimates about $40 million in total funding is needed to ensure an accurate count. These organizations will be particularly crucial in order to reach immigrant communities and the most vulnerable residents of the state.

“Governor Cuomo must take crucial steps now so that every person in our state is counted in the 2020 census,” said Rachel Bloom, director of public policy & programs at Citizens Union and the co-chair of the state and local government committee of New York Counts 2020. “New York desperately needs funding in the state budget for census outreach as well as a Complete Count Commission. An accurate census count impacts not just our political representation, but New York’s federal funding. Money and resources spent now will benefit New Yorkers enormously for the decade to come.”