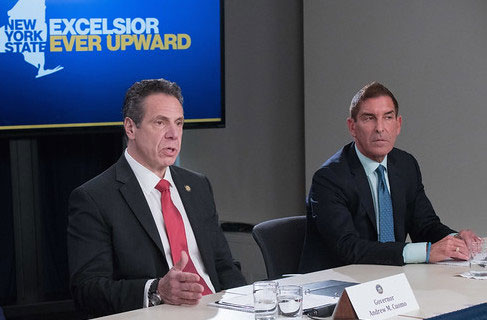 Few New York residents have probably heard of the State and Municipal Facilities Program, or SAM, but in recent years, it has been one of the top avenues by which state lawmakers “bring home the bacon,” providing many millions of dollars in funding for district projects. Otherwise known as “pork,” these projects include things like new or renovated parks, schools, libraries, and more, with far greater funding going to legislators based on their political power.

However, in this year’s recently-adopted state budget, there are no new appropriations for SAM. And SAM is also different because it is lump sum appropriation, with specific project funding decided outside the budget process by the governor and legislative leaders.

Started in 2013, SAM is a creation of Governor Andrew Cuomo and legislative leaders. It is controlled by the Dormitory Authority of the State of New York (DASNY), one of the state’s many public-benefit corporations, responsible for assisting state and local governments, as well as non-profits and colleges, with construction, financing, and other services. Currently-planned SAM projects include everything from renovations to the Brooklyn Public Library to creation of a skateboard park in Albany to new fire trucks and patrol vehicles in Poughkeepsie.

The program has long been criticized as an unnecessary discretionary fund -- in other words, a politically advantageous “slush fund.” SAM is one piece of the state’s larger capital budgeting, mainly for construction projects.

In his assessment of the 2018 state budget, Comptroller Tom DiNapoli criticized “the state's use of lump-sum appropriations that leave broad discretion for use of funds with limited disclosure.” He specifically cited SAM, which received a 25% increase in appropriations that year, saying “the need for additional discretionary spending authority was not made clear.”

Criticism has also come from good government and fiscal watchdog groups. E.J. McMahon, research director for the Empire Center for Public Policy, said last year that state lawmakers were “basically like teenagers with credit cards” when it comes to using SAM.

“It’s just pork. There is nobody even pretending that there is statewide importance to any of these,” McMahon told The Buffalo News. “There is no process. No airing. There’s complete discretion.”

David Friedfel, the director of state studies for the Citizens Budget Commission, told Gotham Gazette “these lump sum appropriations are not a wise investment of state resources. The allocations are a product of political expediency instead of a thorough analysis of the state’s needs. It’s nice for the communities that receive these grants, but the state taxpayers shouldn’t be footing the bill.”

Surprisingly, in this year’s state budget, there were no new appropriations for SAM. However, Friedfel notes that state lawmakers “have not allocated all of the money previously appropriated so they may have decided to just spend down existing appropriations this year.” There still remains over $1.9 billion in SAM appropriations that have gone unspent since the program’s creation in 2013, and that money is carried over into the new fiscal year 2019-2020 budget that took effect April 1 of this year.

As of April 8, 2019, there are over 1,800 grants currently administered by DASNY under SAM that amount to over $900 million in planned spending. This leaves a little over a $1 billion in discretionary funds for state lawmakers to access, which is more funding than SAM has ever spent in a single year.

Freeman Klopott, a spokesperson for the state’s Division of the Budget, which is under the governor, said in a statement “there were no capital additions to the Budget and, as we have said already, additional capital funding will be addressed in June at the end of legislative session when we have a better sense of the State’s fiscal picture.”

There has been little indication from Albany leaders if there will be additional SAM funding in the capital budget when it is decided. The state’s current fiscal outlook, the availability of reappropriated funds, and the demise of the Independent Democratic Conference (IDC) all appear to make additional SAM appropriations unnecessary or unlikely.

The program’s 2013 introduction coincided with the first state budget following the 2012 state legislative elections, in which Democrats won a majority of State Senate seats. However, the IDC partnered with Senate Republicans to maintain the Republican-led majority. The addition of a new discretionary spending program a few months after the deal was struck was suspicious to many. There has been reporting to indicate, as well as widespread belief, that Governor Cuomo, now a third-term Democrat, preferred and encouraged the creation of the IDC and its coalition with Republicans.

SAM was utilized over the years to benefit members of the IDC handsomely, while the funding also benefited Senate Republicans and Assembly Democrats.

Several years after its creation, in the 2018 budget, an additional $90 million was added to SAM’s annual appropriations. This was a few weeks before the IDC’s dissolution -- a deal Cuomo brokered -- and five months before that year’s primary elections, when six of the eight IDC members were defeated by Democratic challengers.

Former State Senator Jeff Klein, who had been the leader of the IDC, was one of the primary beneficiaries of SAM projects before his loss to Alessandra Biaggi in the 2018 state legislative elections. A 2015 article in Politico New York explained “Jeff Klein’s alliance with Republicans has paid off.” Klein received almost $12 million in earmarks, much of which came from SAM, over three years between 2013 and 2015, according to Politico. Klein’s earmarks were triple that of any other state senator at the time, though other members of the IDC also reaped significant benefits, as did other legislators.

In an April 1 interview with WAMC Northeast Public Radio, Cuomo acknowledged that the capital budget and capital projects were not “fully included” in the recently-passed state budget. He said that “we have to negotiate on the capital side and we’ll do that in the coming weeks.” He also reiterated that the state’s $150 billion infrastructure plan “is the most aggressive infrastructure plan in the United States of America.”

While Cuomo’s major infrastructure projects continue apace, it is unclear what the fate of the SAM program will be, whether the reallocated money will be spent down or whether new money will be added.

On April 12, Cuomo issued 123 line-item vetoes to cut $44 million in capital spending added by the Legislature, in order “to maintain a properly balanced budget,” the governor wrote, and for technical reasons, such as being duplicative or were unnecessarily held over from several years prior.

While SAM is among the largest sources of funding legislators can use for capital projects in their districts, it is not the only source. And according to Friedfel, the final state budget also took out a provision that would have given the state’s inspector general greater oversight of discretionary spending.