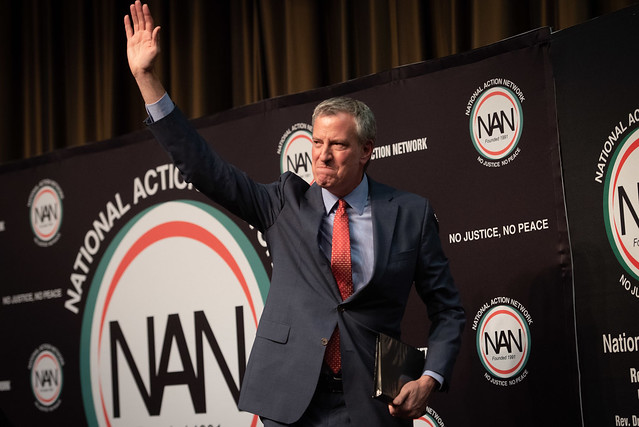 Why is Mayor Bill de Blasio running for President? What's his pitch in the early days of his campaign? How was he received in Iowa and South Carolina on his first campaign trip? How might he gain some traction? What will this run do to his image at home in New York City?