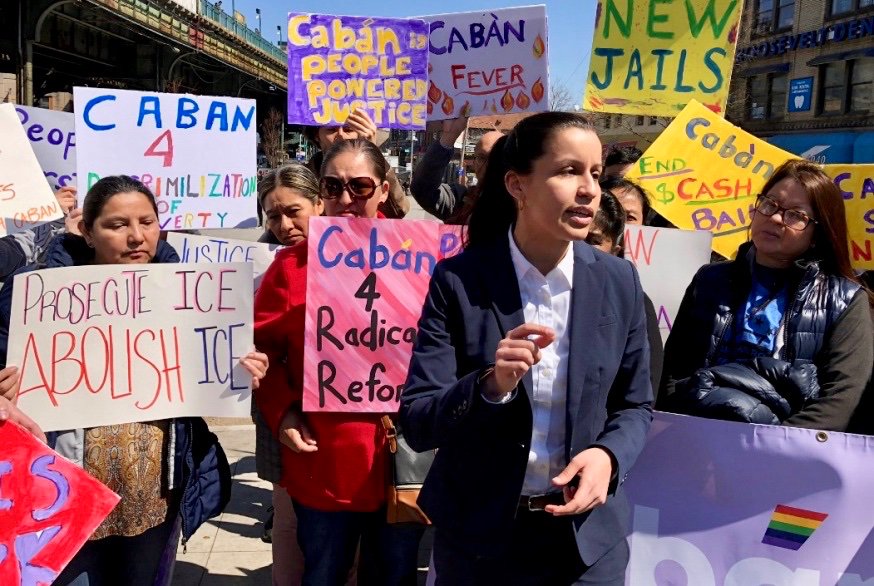 Public defender Tiffany Cabán declared victory in the crowded, competitive Democratic primary for Queens District Attorney on Tuesday night, though Borough President Melinda Katz did not concede, instead promising to see every vote counted, despite the fact that the numbers appear to make Cabán nearly impossible to overcome.

A primary win would set Cabán up to win in November in the overwhelmingly Democratic borough and become the first newly-elected Queens District Attorney in almost 30 years.

Coming in third was Greg Lasak, with about 14.5%, followed by Mina Malik with 3.9%, City Council Member Rory Lancman, who dropped from the race on Friday to back Katz, with 1.4%; Jose Nieves with 1.3%, and Betty Lugo with 1%. The total number of votes in the primary stood at 85,447 at that point, roughly 12% of Queens' 766,117 active registered Democrats (as of February 1, according to the state Board of Elections).

The New York City Board of Elections will be responsible for counting outstanding absentee, military, and affidavit ballots, and reviewing the election results before certifying them. It is unclear if Katz will reevaluate her stance and concede -- she spoke Tuesday night before Cabán declared victory.

In the other higher-profile primary race of the day, City Council Member Farah Louis -- who won a crowded special election on May 14 -- won the Democratic primary as she tries to keep the District 45 seat formerly held by Public Advocate Jumaane Williams beyond this year. If Louis wins in November, she'll have the seat for the rest of what was to be Williams' term, through 2021. Louis again defeated a field with Monique Chandler-Waterman, who had Williams' support. Louis recorded about 50% of the vote to Chandler-Waterman's 43%, unofficially.

Other results for judicial delegates and state committee and county committee positions can be found here.