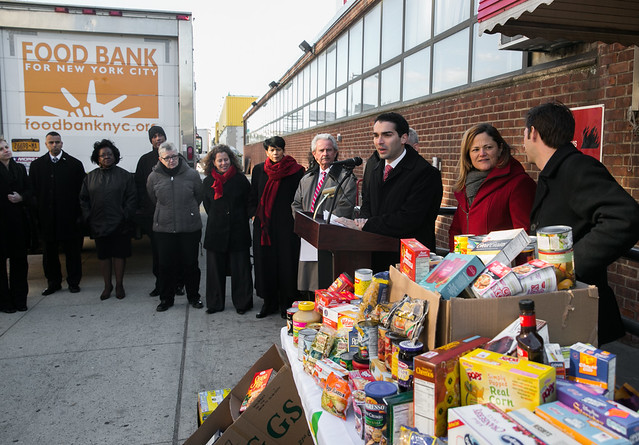 New York has the largest nonprofit sector in the country, according to a new report from state Comptroller Thomas DiNapoli.

In 2017, New York nonprofits boasted over 1.4 million jobs and $78 billion in employee wages, both top marks across the United States, according to DiNapoli’s report released Tuesday. Between 2007 and 2017, the state added 175,000 jobs in the nonprofit sector, an increase of 14 percent. Nonprofit employment consisted of 17.8 percent of all of New York’s private sector employment in 2017. Nonprofit employment sits at about 10 percent nationwide.

“Nonprofits play an important role in every region of New York, delivering vital services to New Yorkers, from hospital care and education to legal services and environmental protection,” DiNapoli said in a statement.

Yet New York City has the greatest disparity in average annual pay between nonprofit employees and the rest of the private sector, with nonprofit wages more than $36,000 below the average for other private employers. Though New York City’s high-wage finance and insurance sectors inflate the average private sector wages, nonprofit wages still fell behind by an average of $11,200 when those sectors are excluded, DiNapoli’s report says.

Since 2013, nonprofit employment has grown at a faster pace than broader private sector employment in every one of the state’s 10 regions except New York City, the report shows.

Problems with Nonprofit Contracting in New York City
This trend could be due to the rapid employment growth in New York CIty’s other sectors over the last several, but there are also problems in the city’s nonprofit sector as it deals with a dysfunctional city government procurement process. Many nonprofits fill vital city services and are paid largely through contracts with city government, but there are significant challenges in how those contracts are awarded and paid.

After a nonprofit is awarded a city contract, it is often expected to begin delivering services before the contract reaches the city comptroller’s office for approval. While the comptroller must act to approve or disapprove a contract within 30 days of receiving it, there are no such time constraints on other parts of the process, whereby city agencies often delay moving the contract toward payment.

As a result of the commonplace lack of urgency in nonprofit contracting, in Fiscal Year (FY) 2018, 80 percent of all new and renewal contracts arrived at the Comptroller’s Office after their start day had passed, according to data from Comptroller Scott Stringer’s office. 89 percent of all human services contracts, many of which are given to nonprofits, arrived late in the same period.

According to the same data, 13 percent of contracts, and nearly 20% of human services contracts, arrived at the comptroller’s office over a year after their start date.

One study assessed the cost of lateness to New York City nonprofits at $774 million in 2018, up from $675 million in 2017. The financial strain of delayed payments to nonprofit workers can disproportionately affect women, who make up 85 percent of human service workers, and people of color, who make up 75 percent. The numbers are additionally troubling when combined with the state comptroller’s report showing just how large the city’s nonprofit sector is.

City Council Members Helen Rosenthal and Ben Kallos recently introduced legislation that would set time limits within which agencies would be required to complete each step of the procurement process, meant to expedite the process by which the city pays out its nonprofit contracts.

Comptroller Stringer has suggested that agencies with an oversight role in New York City’s contract review process “should be assigned a strict timeframe to complete their work, similar to the Comptroller’s 30-day time limit for contract registration.” Stringer encouraged the creation of “a public-facing tracking system that allows vendors to monitor the progress of the contract through each stage of the review process.”